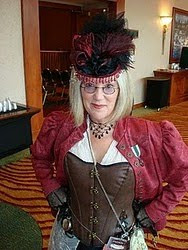 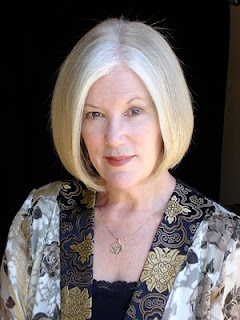 Author of The Second Glass of Absinthe and An Uncommon Enemy

My traditional author website gives more information about my books. It is http://michelleblack.com

---Can you tell us a little bit about yourself?

I started out as a lawyer, but when I moved to the Colorado high country in 1993, I decided to take a break that now seems permanent. I became a bookstore owner in the little town of Frisco, Colorado. During this time, I wrote my first mystery novel, Never Come Down. The story was set in an old mining ghost town, of which there were many in the area where I lived. There is nothing like poking around the ruins of a ghost town to set a novelist's imagination on fire.

I have now completed my sixth historical novel, which will be published next October.

---Can you tell us about your writing?

All of my novels have been set in what I call “the Victorian West.” America during the 19th Century was such a fascinating period that I never seem to tire of reading about and researching it.

---Your depiction of time and place is really well done. How much research do you do for your writing?

I love doing the research for my books and that is probably a primary reason I love the historical genre. My research takes me to places and acquaints me with people I would never have met otherwise.

For example, I never imagined I would end up publishing a course in the Cheyenne language when I began to write the novel that would become AN UNCOMMON ENEMY, but when I met a linguist on the Northern Cheyenne Reservation who had created this course and was printing it himself at the local Kinkos, I knew I could use my knowledge of publishing and book distribution to help him make the course available to the bookstores and libraries nationwide and thus help in the effort to preserve our Native languages.

In researching my upcoming Victorian mystery, SÉANCE IN SEPIA, I used real-life feminist Victoria Woodhull as my protagonist. She was a fascinating subject to research. The fact that she was the first woman to run for president was only one of her many accomplishments. She eventually left the U.S. and lived in England the last half of her very long life after marrying a wealthy British banker. I had the privilege of meeting one of her descendants who invited my husband and me to dine at his townhouse in the elegant Chelsea neighborhood of London. (Only steps from the house where Oscar Wilde once lived). That was an unforgettable evening and one I would never have had but for the writing of my historical novels.

---I’ve been trying to wrap my mind around the idea of steampunk. What is steampunk and when did it start as a genre?

Steampunk is difficult to articulate, but in the simplest terms, as a literary genre, it is “Victorian science fiction.” The first Steampunk novels started to appear in the late 1970’s and 80’s. The first one I read was “The Difference Engine,” by celebrated “cyberpunk” novelists William Gibson and Bruce Sterling. It was published in 1990, though I did not read it until a couple of years ago.

The term Steampunk these days embraces a much broader concept than just novels. It is a style of dress, a type of music, a visual art form, a genre of drama, and a style of home design among other things.

Mike Perschon, who writes a website called The Steampunk Scholar, describes steampunk as an “applied aesthetic” which involves elements of a retro-futuristic, neo-Victorian techno-fantasy. I realize that is a lot of hyphens! Basically, we are taking the look and style of the Victorian age and reinventing it for a variety of purposes.

In Steampunk literature, the technology of the late 19th Century is re-imagined to be more advanced—time machines, ray guns, even computers might be posited to exist—and the novelist creates what effects such developments might have on the society and within the story parameters.

My own novels are not really true steampunk stories. I call the recent ones, particularly THE SECOND GLASS OF ABSINTHE and SÉANCE IN SEPIA, “steampunk-adjacent” in that they are set in the Victorian era and involve themes of the occult, but the supernatural elements of the plot are not pronounced enough to cause the novels to jump the aisle from mystery to fantasy.

SÉANCE does skirt the genre more closely in that it focuses on the very real phenomenon of spirit photography. Some Victorian photographers attempted to photograph the departed during séances conducted in their studios and this practice has to represent the ultimate nexus of two Victorian obsessions: technology and the occult.

---Besides the costumes, which are definitely cool, what do you enjoy about the genre?

In art and design, the Victorian aesthetic is applied to current objects like phones and computers in creative new ways. It was actually a Victorian designed computer by Jake Von Slatt (www.steampunkworkshop.com) that first enchanted me and attracted me to the whole Steampunk movement.

And, of course, the costuming is just plain fun. Do we ever outgrow our love of playing dress-up? The amount of creativity one sees in the costumes at a steampunk convention are truly amazing. Nobody is camera-shy at such gatherings. The success of one’s attire is judged by how often others ask one to pose for a photo.

---If our readers are interested in finding out more, what resources do you recommend?

I have written a feature article for True West Magazine on Steampunk which will run in the March issue (available Feb. 15) I also blog on various steampunk themes at www.TheVictorianWest.com . I have a new informational blog devoted entirely to absinthe debuting this spring at www.AbsintheVictoriana.com

There are numerous websites now devoted to steampunk. A good starting point is one called Airship Ambassador. (http://airshipambassador.com/) This directs you to countless other sites, events, and other resources featuring steampunk.

Now! Hot off the presses MIchelle is offering a free copy of SOLOMON SPRING to someone chosen at random who comments on this post and has a mailing address in the United States

I enjoy reading about authors and their backgrounds. Thanks for this post and the information on your books, Michelle. Thanks for hosting her, Warren.
I'd love to win a free book.

Michelle, thank you for your informative post. I've been wondering about Steampunk for a while now. All kinds of spirits can hang out around mining ghost towns and I love your story about preserving Native languages.

It's interesting that Victorians often had a love-hate relationship with new technology and questioned whether it was destroying society as they knew it. I guess we sometimes feel a little uneasy about all the digital advances at the same time as we can't resist them.

Not an era I've read much about, but Michelle has made me want to learn more about Steampunk & the Victorian era. A very good interview & added to my 'want to read' list. Would love to win a book.

Not an era I've read much about, but Michelle has made me want to learn more about Steampunk & the Victorian era. A very good interview & added to my 'want to read' list. Would love to win a book.

I, too, wondered what steampunk encompassed. I've been learning about steam generated autos through Monica Ferris's books. Among the steam itself, the Victorian spiritualists and the time period, steampunk literature must have atmosphere to spare. Thanks for interviewing Michelle.

What little I've learned about Steampunk makes its "world" seem like a lot of fun.

I've already read Solomon Spring (loved it) so I don't need to be entered to win a copy, but I wanted to drop by this blog and say hi.

I hope to see you in Santa Fe at Left Coast later this month.

Kari--Hello again! Yes, I will look for you at Left Coast. I will only be there on Thursday and Friday. I must dash back to Denver as an invited guest of--what else?--a Steampunk convention. :-D Anomalycon.com is that weekend.
--Michelle
www.theVictorianWest.com

In the March 2011 Issue of True West Magazine Michelle offers even more of an explanation about Steampunk. There are pages of Steampunk inspired fashions in wonderful photos.

I cannot decide if Steampunk fashion is 150 years ahead or behind the times.

I enjoy the contradictions of Steampunk. I've even made some steampunk style jewelry.