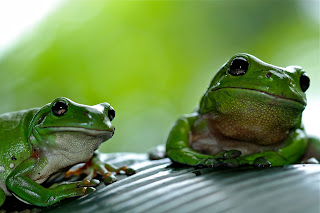 Useful phrases for colorful characters: A blog by Warren Bull

Image by Gary Tresize on Unsplash

When I lived in North Carolina many years ago and when I lived in New Zealand more recently, I loved listening to the local idioms. Some made their way into my writing so I thought I would share a few here. When I know the attribution, I will share it.

Madder than a box of frogs. – James Carville AKA Snakehead

About astrology and palmistry: they are good because they make people vivid and full of possibilities. They are communism at its best. Everybody has a birthday and almost everybody has a palm.  – Kurt Vonnegut

Cuter than a speckled puppy barking in the rain.

That’s tainted money – taint yours and taint mine.

Even a bad excuse is better than none.

Dumber than a box of rocks.

A mill cannot grind with water that is past.

A ship in a harbor is safe, but that’s not what a ship is for.

The dogs bark, but the caravan moves on.

It’s better to wear out than to rust out.

Do not keep a dog. Bark yourself.

Do not sympathize with those who cannot empathize.

Even from a foe you can learn wisdom.

It is only one step from the sublime to the ridiculous.

If you cannot be good, be careful.

It will be the same a hundred years hence.

Learn a language and you will avoid a war.

Don’t try to milk the bull.

You might as well throw water into the sea as to do a kindness to a rogue.

Shiny are the distant hills.

Talk of angels and hear the flutter of their wings.

There is no shame in not knowing. The shame is in not finding out.

You cannot push a rope.

Blacker than two midnights in a jug.

I liked the one about trying to juggle sand, but not milking the bull was fun! Thanks, Warren, I loved hearing idioms, too!

I love these and have a few on magnets attached to my file cabinets. Thank you so much.

Better than a poke in the eye.

I enjoyed reading these, many of which I'd never seen before.