Book Banning? What About KiIling an Entire Library? A blog by Warren Bull 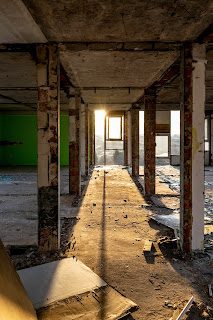 Image from Dominic Dancs on Unsplash

Book Banning? What about Killing an Entire Library? A blog by Warren Bull

According to the local newspaper https://www.hollandsentinel.com/story/news/politics/elections/county/2022/08/04/national-attention-jamestown-township-library-millage-fails-over-lgbtq-books/10243485002/

A small group of citizens protested outside the library and in library board meetings because of books that cover LGBTQ issues. The head librarian resigned over what he called “hate speech.” The citizens opposing the tax state said that removing one book from the library and keeping the rest of the books in question in the adult section of the library is not sufficient to allay their concerns.

Larry Walton, the library’s Board of Trustees president said, “We’ve made it known that here at our facility, we have approximately 90 pieces of material that could be relative to LGBTQ out of a total of 67,000. That’s .001 percent of the library’s book offerings.”

The library’s 2023 budget was hugely dependent on the millage passing. Walton said it now has to work on supplementing roughly 85 percent of its budget, or $200,000, to stay open.

A second vote on the tax will be held in November. For anyone who chooses to donate to the fundraiser, the link is below.

This is certainly not the first time a small group has tried to impose its preferences on an entire community by either restricting what a library can have in its collection or decided to withhold funding.

Dark days, but I hope the pendulum will reverse itself & swing back before too long.

Thank you for posting this, Warren. Depressing. Uplifting, too, that community members are not standing idly by.

This makes a good point. It is interesting to note that this is not the first time - at one point, books like To Kill a Mockingbird and Cress Delahanty (which are now thought of as classics) were books on the ban/burn/close the library list. At other times, libraries have been defunded as decreased community monies needed to be re-allocated so things like football were sustained, but extra items like libraries, debate, etc were canceled (Certain Michigan school districts as recently as 2009-2010) and then had to be rebuilt from scratch (2012 +). Closing reasoning leads to discourse rather than communication.

This is so sad. Like most kids of the 50s, I grew up in my public library from the days children’s programs and the short-shelved children’s section, to my days as high school librarian, to the joy of researching for a master’s degree. It was all fodder. I remember being thrilled when I was granted the golden code to enter the back stacks of the University of Miami Library. Heady days. As far as I know, there was no overt censorship. Purchase decisions rested with the library purchasing staff, if parents objected to certain books (in my high school library) then those books were maintained in barrister’s bookcases under key and a list of objecting parents checked before a student was permitted access. A library is a place to expand a mind, not limit exposure to curated thoughts.

I hope the library survives.

This makes me so angry I can't even articulate it without using much profanity. Thanks for the post, Warren.

Quite a sad story. I hope those in favor of the tax can convince those who chose not to bother to vote, to vote in the second go around. My town faced a small percentage of "why do we need a library?" contingent about a decade ago. Thankfully we had a mayor committed to there being a library in our town.