Writing and Surprise by Sharon Dean

When I began writing my most recent novel, I needed to have something stolen. I heard a segment on NPR about “The Wicked Bible.” Published in 1631, the Bible contained a typo, something anyone who writes fears appearing in their published work. The seventh commandment reads “Thou shalt commit adultery.” I had the perfect object. I researched how much a “Wicked Bible” was worth––less than I thought. Others must have heard the NPR piece or read a piece in The New Yorker or The Guardian about the typo because the cost had skyrocketed by the time I was reading page proofs. Several months ago, the Bible also appeared as a Jeopardy question. Surprise gave me a perfect object and a title that might be enticing. 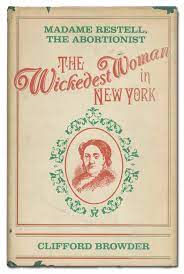 Writing The Wicked Bible, I was able to reprise another surprise I had when I wrote Death of the Keynote Speaker. A woman named Madame Restell lived in nineteenth-century New York and was dubbed “The Wickedest Woman in New York” because she ran a boarding house that disguised her work as an abortionist. The Bible with a typo and an abortionist helped me develop a plot.

Surprise can also help with setting. In my forthcoming novel Calderwood Cove  (June 2022), I researched some details about its setting in Maine. I knew the area well, but I didn’t know that coastal Maine is filled with oyster farms or that oysters might carry something called Vibrio poison. They figure into both the plot and the setting.

Surprise sometimes helps me develop characters’ personalities. Connie Lewis, the protagonist I’m working on now is driving from West Coast to East Coast. She reflects on things I discovered about some of the places she stops. In Kalispell, Montana, she discovers the Conrad Mansion. Charles Conrad had the mansion built in 1892. He’d grown up on a southern plantation where his family owned slaves, fought on the Confederate side in the Civil War, and helped to bring what he considered culture to Montana. My protagonist reflects on whose culture and on whose backs the mansion was built. Surprises I’ve been discovering are helping me to develop Connie as an eighty-year-old woman attuned to social and racial hierarchies. 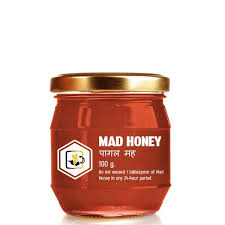 From bluegrass festivals in Oregon to huckleberry ice cream in Montana to oysters in Maine, surprise helps me to become a better writer. It keeps my interest. I hope it does the same for my readers. How many of us, after all, know that a writer can kill a character by having her eat something called Mad Honey. You can look that one up and likely be as surprised as I was.

Sharon L. Dean grew up in Massachusetts where she was immersed in the literature of New England. She earned undergraduate and graduate degrees at the University of New Hampshire, a state she lived and taught in before moving to Oregon. Although she has given up writing scholarly books that require footnotes, she incorporates much of her academic research as background in her mysteries. She is the author of three Susan Warner mysteries and of a literary novel titled Leaving Freedom. Her new series features librarian and reluctant sleuth Deborah Strong. In The Barn, Deborah solves a thirty-year-old cold case. The Wicked Bible brings Deborah to a college campus and a search for who stole a Bible and a letter from the library’s archives. The third in the series, Calderwood Cove, forthcoming in 2022, will bring her to the coast of Maine and a murder. Dean continues to write about New England while she is discovering the beauty of the West. 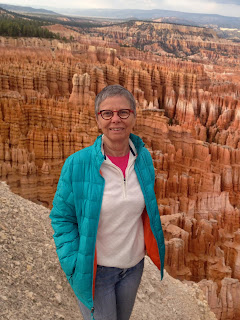 One of the things I miss about not traveling during the Covid pandemic is not experiencing those surprises of new discoveries. Fingers crossed for this year!

It’s always wonderful to stumble onto something when you’re writing. Very interesting post.

I love a book (and a writer) with a sense of adventure! This sounds great. And I did look up mad honey.

Okay, looking for Mad Honey. Sounds delightful 😊 Oh, that we can get back to travel soon. Nothing like traipsing around your setting to discover the perfect surprise.

Mad Honey for the win! Travel is best, but I read random articles from online publications and the advice columns, finding a gem to stash away in my mental database.

I need to do a better job of recording these when I come across them...wait, across what?
GReat post!

Surprise is a wonderful element in life and stories. Mad honey - a terrific surprise! Thanks for stopping by WWK with this great post, Sharon.

I’m a day late for responding to comments. Just another surprise--mixed up Saturday and Sunday on my calendar! Blame it on isolating from Covid. But I’ll get out on my bike today and be on the alert for a good surprise.

Thanks for the reminder to look for and appreciate surprises!

Now I MUST read The Wicked Bible!

It's a really nice and meaningful post. You have really helped lots of people who visit this blog and provide them with useful information. Also, visit post.cac.gov.ng login