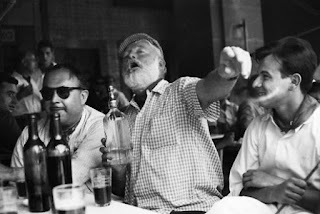 2021 was a crap year for me, full of illness and health setbacks and my husband's cruel layoff from his job of 25+ years. And that's aside from all the things that made it a crap year for pretty much everybody, such as all the pandemic horrors and petty inconveniences, the continuing political nightmare, and natural disasters all over the map.
I want to begin the new year in a better frame of mind, so I thought I would post a short piece in which I turned frustration into humor, a time-honored technique of writers.

My husband is an internationally recognized scholar in his field and a research maven, so naturally he was drawn to the project of tracing my family history with a grandmother who had married and divorced thirteen times to ten different men. Most experts like a challenge, and my convoluted family history seemed a challenge he would take on and defeat easily with his ninja research skills. This weekend at lunch, he moaned to me about the latest bizarre twist he'd uncovered. “The more information I collect, the more confusing it gets, and the less I know,” he complained.

We laughed at the strange tale he's just uncovered about my great-grandparents and the way that means he once again has much more work to do and it will be more difficult. He said, “No one would believe any novel you wrote with all the unbelievable but true stories about your family. They'd say it's too contrived and incredible.”

This left me picturing a group of drunk screenwriters sitting around, desperate to pitch a story that will excite the studio execs and get funding and become a huge hit.

Amy says, “We'll begin with a guy who marries a woman while he's using an assumed name—and he doesn't tell her about it for years, but when he does, she has kids and goes on with him under his real name.”

“Yeah, I like it,” says Martin. “They're each the great love of the other's life, but they just can't seem to make it work. That'll give us lots of dramatic conflict.”

“And then,” Amy continues, on a real roll now, “their oldest daughter, who's grown up with all this passionate craziness, gets married young and leaves husband and baby a year later to marry another guy, whom she leaves in less than two years with another baby, to go marry a guy with the Texas Rangers, who gets killed in a gunfight, causing her to lose another baby, and then she goes on a real tear, marrying and divorcing guys all over the place.”

Martin laughs as he's taking a swig of vodka and spits it all over. “And one of them is an immigrant from Czechoslovakia who loves her so much that he keeps hanging around even after she dumps him and remarries her whenever she's in some kind of trouble, but keeps coming back, even after she jilts him again and again.”

Dave nods with a grin. “Loyal Dobbin. Every story needs a loyal Dobbin.”

“We've got to make it weirder,” says Amy. “More complications. Maybe the Texas Ranger isn't really dead and starts trying to find her, but she's marrying all these guys and taking their names. Oh. And she starts out as Bessie, but she decides Agnes is a name with more class—she's trying to marry her way up the social ladder, a real Becky Sharp right out of Thackeray on the American frontier.”

“Nah! Make it Indian Territory before it became Oklahoma and make her an Indian and some of these guys she marries early on Indians, too, but then she's going for richer white guys.” Dave grins again. “And of course, we've got Martin's crazy Czech hanging around, poor at first, but he could be making himself richer and richer for the sake of her.”

“I like it!” Martin says. “And she also masquerades as someone named Dolly, too, when she wants to get out of a tight situation. Then, as she gets older and more settled, we've got those abandoned kids to come looking for her and make her life difficult in revenge.”

“I've got it!” shouts Dave, jumping around and half-falling over in drunken excitement. “She was the oldest of a big family and born while that father was still using a false name. Her birth name isn't even what she thinks it is. Maybe her dad was a crook or a wanted man of some kind. Maybe someone finds out and blackmails her.”

“Yes!” screams Amy. “When she's older and thinks it's all behind her, her son can come back and rape her baby sister she's always been closest to, and on her deathbed, her daughter will find her and accuse her of ruining her life and tell her she's glad she's dying.”

Martin shakes his head. “Dammit! I hate that Bette Davis is dead. Would she make a great Bessie/Agnes or what? It would be Oscars all the way. I can see it now.”

The three are now so drunk and stoned on the weed they've been smoking along the way that they just lay back in a beatific stupor, sure that they've come up with the greatest movie concept ever and their fortunes are surely made.

I am married to a man of fortitude, however, and he has only begun to fight. He's currently trying to track down the marriage certificate for that initial marriage between my great-grandparents under the false name—and who knows what new dramatic material he will uncover when he does?

Linda Rodriguez's 12th book, The Fish That Got Away: The Sixth Guppy Anthology, was published in 2021. She also edited Fishy Business: The Fifth Guppy Anthology, Woven Voices: 3 Generations of Puertorriqueña Poets Look at Their American Lives, and The World Is One Place: Native American Poets Visit the Middle East. Every Family Doubt, her fourth mystery featuring Cherokee detective, Skeet Bannion, and Revising the Character-Driven Novel will be published in 2022.

Wishing for you a safe and much healthier 2022.

Hope 2022 is a FAR better year than 2021 - and your husband is able to find the marriage certificate!

Wishing you better Health and more laughter in the new year, Linda. Somehow I can see a book and a movie coming out of this post. The story is unspooling into the past and the future from this scene and and it's awesome.

What a hilarious post, Linda. I do a little amateur sleuthing with my family generations, but nothing has come up like this. Don't know if I should be relieved, or sad that I have less material to write about.

Someone has got to make a movie out of this story. Thanks for sharing, Linda. Now my crazy family doesn't seem so crazy after all.

Crazy! Makes my family tree boring by comparison. Wishing for a better 2022.

If you tried to write that, everybody would tell you it wasn't realistic enough. Truth can truly be stranger than fiction.