How Bad Is Your Bad Guy? by Connie Berry 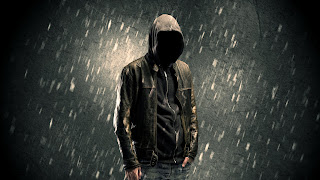 I was invited to Zoom-in to a book club recently. They’d read one of my books that month and wanted to meet the author. One question surprised me and made me think. In the book they’d read, I’d set up some red herrings that pointed for a time to a likable character as the killer. A member of the book club said, “I really thought (s)he might be guilty. I was so upset I almost stopped reading.”

Fortunately, she didn’t stop reading. But the question made me think about bad guys in crime fiction. How bad should they be? Is it a mistake to make them too bad or too likable?

The first thing to say is, if there is a correct answer to this question, I don’t have it. What I do have are a few thoughts.

New authors are frequently told to create fully rounded characters. Our protagonists aren’t perfect. They have faults, flaws, fears, and failings like all people—or should have. These human imperfections make them characters readers can identify with. Faults can deepen the backstory, ramp up the tension, create opportunities for change and growth, and create interest.

But how about our bad guys? Nobody (or almost nobody) is completely bad without any redeeming qualities whatsoever. Well, maybe there are such people (Hitler comes to mind), but they are so unique that they become literal icons of evil. With the possible exception of some international thrillers, few mysteries feature bad guys that awful.

So, do we humanize the killer?  Does he save a litter of abandoned kittens or send a portion of his ill-gotten gains to a charity for the homeless? How much is too much? How can you make your bad guy human and yet deserving of his fate?

Knowing there are always exceptions to the rule, here are my thoughts:

Very few people believe they are horrible human beings. They think they have good reasons for doing what they’re doing—getting revenge, for example, or making up for what they see as life’s unfairness. They got a raw deal. They deserve more than life has given them. One way to humanize a bad guy is to show his actions, however evil, as understandable and acceptable to himself: “I have good reasons for doing what I’m doing.”

I just watched an episode of a crime drama on TV in which the killer did what she did to protect someone she loved. Maybe someone is holding her child hostage or he’s a victim of blackmail. If his secret is made public, innocent people would be harmed. Yes, he must be stopped, but his downfall leads to the real bad guys behind the scenes.

In real life, people can start down a wrong path in life because of events not in their control—inherent deficits, an evil environment, the bad choices of others, adverse conditions, poverty. But you don’t want your bad guy to be a complete victim. In that case, bringing him to justice won’t feel like a satisfying resolution. If your bad guy is the victim of circumstances, give him at least one moment when he is forced to make a choice: “Do I continue down this path, or do I stop right now and choose another path?” Most readers of crime fiction like an ending with order restored and justice prevailing.

4. Bad guys can be mentally off-kilter.

This one can easily be overdone. Creating a scenario where insanity is the only motivation for evil is a cop-out. Even if your bad guy is mentally ill, he should have believable reasons for his actions, and his illness should be understandable and realistic. An interesting resource for mental disorders and phobias is the DSM Guide (Diagnostic & Statistical Manual for Mental Disorders), found in most libraries. You can also consult online websites such as www.psychiatryonline.org. If you’re going to use a mental disorder, at least make it interesting and believable.

5. Bad guys can sometimes be redeemed.

There’s always hope, right? If your bad guy has a really pathetic backstory or is the victim of circumstances, readers will agree he must be punished, but they will also accept and applaud his redemption at the end—even if it comes too late to save him.

Those are my thoughts on the characters we love to hate.

What are your thoughts?

Can a bad guy be too bad to be believable?

As you say, there is no one size that fits all readers. I get bored reading about serial killers even when they have unique characteristics -- yet that subgenre sells well. Some of my bad guys have had "reasonable" explanations for their behavior -- the reader gets to decide how they feel about those "reasons." Others are simply greedy, motivated by money. In those stories, I do not expect readers to be sympathetic to those crooks. I want readers to root for the hero or heroine to overcome the obstacles the bad guys put in their place.

Each developed character, bad guy or good guy, has a combination of traits. And different readers like to see different things in their characters. Some authors build their entire stories on what goes on in the life and mind of the characters. The writer who excels at this and comes to my mind in this is the late Margaret Yorke.

This is an especially tricky balance for writers at the cozier end of the spectrum. Threading the needle of bad but not bad to the point of upsetting is tough. I've had readers tell me they don't like some of my "good" characters!

Bad guys have to be real people and not all bad. Tough tightrope walk.

Jim, interestingly (when I did a little research), I learned that books and movies that feature a bad guy getting away with it in the end aren't popular with readers and viewers. That gives me hope. Most people want the good guys to win. One of my huge deflations as a child was watching the Davey Crockett movie and finding out that they were all killed. I was shocked. It never occurred to me then that the "good guys" (this was the Disney film) could lose.

Sherri and Margaret, you are both so right. Creating characters isn't easy, especially the evil ones.

Good, thoughtful piece, Connie. The bad guys in my books believe the stories they tell themselves. I shake my head at their deluded ways, then set my sleuths on their trail. (And then I wonder - how do I delude myself and how can I fix it?)

Connie, I love the way you describe the various rationales that make a bad guy do bad things. Our bad guys are people too, with all kinds of traits. Giving the reader a chance to see him/her in different situations and perhaps knowing his/her background provide some degree of understanding if not sympathy re the bad guy. And if he/she's so bad through-and-through, readers will know he's the one.