Well, it hasn’t been a regular “in person” group for a while, due to COVID.

For the last ten years, we had been meeting at a Perkins restaurant for breakfast on one Saturday morning a month. The accommodating staff would seat us way in the back, in a quiet corner, and keep the coffee coming long after we’d finished our omelets, crepes, and oatmeal. Of course, we tipped very well.

As it has a tendency to do, life intervened. 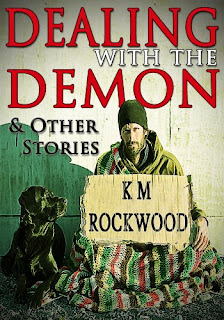 One member, who worked on a coming-of-age story dealing with drug abuse and child neglect issues, left to continue her education across the state.

Our transplant from Philadelphia went back there. He is writing a series of vignettes based in a neighborhood bar in South Philly and woven into a longer work.

Someone else had major health issues and was unable to continue. She wrote the most chilling horror stories. 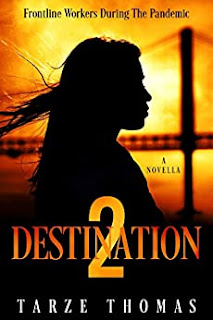 The espionage writer managed to put a spy novel, with a legal fiction aspect, up on Amazon and start on a sequel before the pandemic totally overwhelmed his professional life and he has not been able to participate much.

Our most dependable member, the heart and soul of our group, also fell victim to work-overload and burnout, although she did manage to write and self-publish a satirical speculative fiction account of human behavior during the pandemic. 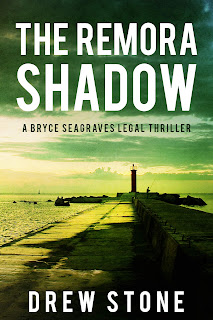 My husband needed care 24/7, so I wasn’t able to make in-person meetings for a while.

We did try on-line meetings a few times, and still exchange manuscripts for one another to critique, but we have to admit our group has fallen on hard times.

Despite keeping in touch with my satirical speculative-fiction friend, who generously critiques and edits pretty much anything I send her, I miss the interaction.

I began casting around for another group. I did find one, that holds Zoom sessions and meets once a month in person at a Cracker Barrel. It’s not Perkins, but I’ll happily show up for the hash brown casserole, fried okra, and pulled pork, plus discussions of writing.

This group is very different, which I had expected. They post their work on-line at least a week before the scheduled meeting, giving everyone a good opportunity to look at it.

They make coordinating discussion much easier by the simple expedient of numbering the lines of each manuscript so everyone can quickly find their place. That’s genius. I do wonder if most other groups haven’t already figured this out, and why it never occurred to anyone in my original group as we flipped through myriad pages trying to locate a passage under discussion.

I was a bit taken aback that the guidelines requested no more than forty-five hundred words, flexible to reach a reasonable stopping point.

For my submission, that came to twenty pages. I sent an experimental project, a fan fiction short story. I’ve never done anything like this before, and may never again, but I had fun writing it.

Twenty pages is a lot to read carefully, digest and comment on. How many people would be submitting?

I took a breath, cleared my calendar as best I could, and dove into it.

I was relieved to see that only five people had submitted by the deadline. I got to work on the manuscripts.

One was billed as a crime novel, but it’s more romance with a crime, which is fine.

The final one, the one submitted by the fellow who has organized the group and tends to all the little annoying details, like setting up folders and scheduling meetings, turned out to be well over eleven thousand words.

About a page and a half into it, I realized this must be written for a very special audience. And I’m not it. I did dredge through the entire thing, noting minor typos, etc., but I had to admit I was totally baffled by most of it. And I found it tedious reading. Perhaps because I couldn’t follow it.

I try not to read anyone else’s critique before I do mine since I don’t want it to influence what I see, but after I was done, I read the critiques by some of the others, and was relieved to see that, while they were mostly pretty polite about how they said it, they didn’t seem to “get it” either. Somewhat to my dismay, one of them pointed out that the code the author had used for the chess plays was a bit hard to follow. I hadn’t even realized there was a chess game going on.

The Zoom meeting is coming up. I feel like I have handled my part, and will see how the meeting goes. I would like to be a member of a writing group, but I reserve opinion on whether this is the right one for me.

Wishing you and your new critique group the best of success.

Wishing you luck! A good way to start the new year.

So sorry that your Perkins group broke up. Critiquing s so much easier when you have a “history” with the authors, their writing, and their writing style. Hope this group works out.

I applaud you,Kathleen, once again, for stepping out. It's how you keep your writing life lively. Happy new year!

Trust is a big part of the success for a critique group, don’t you think, Kathleen? I hope you find that with this new one.

I feel for you! Up until last year I'd had very poor experiences with critique groups. I finally joined one last year through MWA and it's been terrific. Then 6m ago I became a facilitator for a group through International Thriller Writers. I enjoy critiquing things I feel qualified to review, eg not the YA fantasy a 20-something was writing in my first group years ago. I hope you find a group soon! If not this one, then the next.

I'm determined to give this critique group a good try. I realize it will require a bigger commitment of time than my last one, but I hope it will result in a bigger reward, too. But I miss my old group!

Thanks for the comments and encouragement.

I hope this works out for you, Kathleen. It's a new year, and that gives us new reasons to be hopeful!

Wishing you the best with your new group, Kathleen. You know yourself and what you need in a writers' group, so I'm hopeful that you'll hit on the right mix soon.