There Seems to Be Some Confusion

Writing is hard. Some aspects of it are hard, some are harder. Homophones don’t help anything.

I came across this article a while ago. It stresses that you can spell everything correctly and still be wrong. For example, being throne for a loop isn’t quite right. The examples here are excellent, but I want to take it a step further.

There seem to be some words that befuddle even editors of Big Five publications. I’ve read about characters pouring over papers more than once. (It would be better if they pored over them! That way the papers stay dry.)

These are two completely different things: bare arms and bear arms. One belongs either in a clothing description or a sex scene. The other belongs in a scene with weapons. The arms are spelled the same, but aren’t the same thing. The bear/bare needs to be right so we know which arms we’re talking about.

These two are a bit tricky: accessary and accessory. The first is a person who helps commit a crime. The second is something that helps complete an outfit. For even more confusion, that first one is used in Britain, but in the US, they are exactly the same word, both accessory. 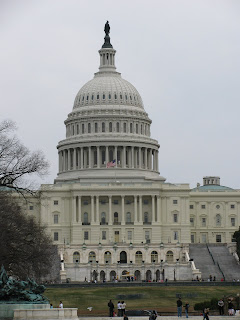 One last confusing pair: principle and principal. The principal of the school is the one who enforces the principles of discipline. I keep this one straight by envisioning a friendly principal, one who is a pal.

If you love this subject, here’s just the link for you: http://www.singularis.ltd.uk/bifroest/misc/homophones-list.html

Homophones are the bane of my existence! Some spellings I "think" I know only to be called out by a critique buddy or editor, at which point I pound my head on my desk. Other spellings I absolutely know (they're, there, their or you're, your) but my fingers type too fast for my brain and put down the wrong one. When someone points out my error, I pound my head on my desk. Yes, homophones are responsible for much bruising on my forehead.

I discovered the longer I taught high school English, the more homophones I marked. Now I think I occasionally use one wrong in empathy with all those writers.

My mind knows the difference between most homophones. It's my fingers that get confused.

I'm with Grace, my mind knows, my fingers, not so much. What's worse is when the eyes see the expected spelling and gloss over the error. Head bruising ensues!

I agree with some of you. I catch (or sometimes don't catch) myself typing the wrong "your" when my brain knows the difference! Frustrating.

Two brake onto righting, wee way and sensor hour wards. Much is at steak.

Oh, Kaye! Your post brought back a memory for me of my standing in front of my high school English class, writing a sentence on the chalkboard as the teacher dictated it. I heard--and wrote--"in choir" as my classmates began to laugh behind my back for my not having written "inquire." Homophones are my nemesis!

Rosemary, you can't be blamed for that--they sound exactly the same! My humiliating moment in high school English class was reading a passage aloud and mispronouncing "disheveled". I had read it plenty of times, but never heard it and I said dis-heeveled. That got a laugh, too.

In the mindful throes of a first draft, I put on the page "isle" for "aisle." I'm hell on homophones! I had never heard the word non sequitur spoken so I rhymed it to gator. Guess not.

E. B., mispronouncing is the bane of readers. We've SEEN all the words, just never heard them.