An Interview with Author Rhys Bowen by E. B. Davis

“We’ve just had the war to end all wars,” I said
and heard my voice crack with emotion.
“That’s what we all hoped. But the Germans are itching for revenge,
for a chance to hold their heads up high again. And I think Hitler wants more than that.
He wants to rule the world.”
Rhys Bowen, Love and Death Among the Cheetahs, Kindle Loc 3561

Georgie and Darcy are finally on their honeymoon in Kenya's Happy Valley, but murder crashes the party in this all-new installment in the New York Times bestselling series.

I was so excited when Darcy announced out of the blue that we were flying to Kenya for our extended honeymoon. Now that we are here, I suspect he has actually been sent to fulfill another secret mission. I am trying very hard not to pick a fight about it, because after all, we are in paradise! Darcy finally confides that there have been robberies in London and Paris. It seems the thief was a member of the aristocracy and may have fled to Kenya. Since we are staying in the Happy Valley—the center of upper-class English life—we are well positioned to hunt for clues and ferret out possible suspects.

Now that I am a sophisticated married woman, I am doing my best to sound like one. But crikey! These aristocrats are a thoroughly loathsome sort enjoying a completely decadent lifestyle filled with wild parties and rampant infidelity. And one of the leading lights in the community, Lord Cheriton, has the nerve to make a play for me. While I am on my honeymoon! Of course, I put an end to that right off.

When he is found bloodied and lifeless along a lonely stretch of road, it appears he fell victim to a lion. But it seems that the Happy Valley community wants to close the case a bit too quickly. Darcy and I soon discover that there is much more than a simple robbery and an animal attack to contend with here in Kenya. Nearly everyone has a motive to want Lord Cheriton dead and some will go to great lengths to silence anyone who asks too many questions. The hunt is on! I just hope I can survive my honeymoon long enough to catch a killer. . . .
Amazon.com

A possible jewel thief? Nazi espionage? Murder? Love and Death Among the Cheetahs, the thirteenth in the Royal Spyness mystery series, has a complex plot with a myriad of possible crimes and suspects. But this book has differences from its predecessors. 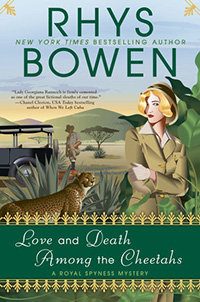 The first difference is obvious. Darcy and Georgiana are now married. The book is set during their 1935 honeymoon. The next difference is that they are on somewhat hostile territory. Although other books in the series were set in locations outside of the British Isles, this book is set in Kenya, a British territory. But the English settlers don’t act very loyal and resent the local government. Darcy is friends with the English government’s district officer. The settlers don’t think much of him. They’re condescending and don’t mix with the government agents. As a result, Darcy and Georgiana are considered outsiders.

Another difference in this book, although it too contains real historical personages, some of the fictional characters are also based on real characters. I learned a lot of history and, even after the fact by eighty-five years, found it chilling.

You start the book with an apology to readers. Why?

RHYS: Because the British Colonials attitude toward the Africans was so unacceptable to us today. They treated the local men as if they were children and called them “boys.” I wanted to warn readers and make sure that they knew it was not my view, it was the view of characters in the 1930s.

The queen asks Georgiana to spy on her son David, the Prince of Wales, while she is in Kenya?  Isn’t Kenya large? Why would the queen think Georgiana would have the proximity to spy?

RHYS: Kenya certainly is large, but the British settlers all lived in one small area, and the aristocrats all socialized with each other. She would certainly have had a chance to meet up with the prince.

I was surprised by the route Darcy and Georgiana took to get to Kenya? Why can’t they fly directly from England to Kenya?

RHYS: You have to remember that the airline industry was in its infancy in the 1930s. The route to Africa had only opened up earlier that year and planes could only fly about 200 miles or so without refueling.

Was Croydon Aerodome in the same location Heathrow is now?

RHYS: No. Croydon, London’s first airport, is south of Central London. That airport was scrapped when the runways were not long enough for bigger planes. Heathrow was only created after WWII.

I kept trying to picture a flying boat. Was is similar to Howard Hughes’s Spruce Goose?

RHYS: Not as big as the Spruce Goose. Quite a large airliner with a fat cabin, but with floats instead of wheels. They were biplanes (two sets of wings, one above the other.

What is a biplane? Was the Hannibal real? 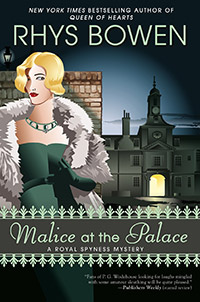 RHYS: The Hannibal was certainly real. A Hanley Paige aircraft designed for the Colonial routes. It had double wings like the flying boats. Could carry about 40 people. They were quite luxurious with plush seats and stewards to wait on the passengers.

Why are the settlers not happy with the government?

RHYS: The settlers had moved from Britain because they wanted a freer lifestyle. They liked to think they were kings of their own estates in Africa and fought against any government regulations, such as water usage and treatment of African workers. There was a government officer in every area to keep an eye on them.

Georgiana becomes suspicious that the Kenya trip isn’t a honeymoon, but a mission for Darcy. When her suspicions prove true, why is she both pleased and displeased?

RHYS: She is disappointed that they are going on this trip not because Darcy wanted to surprise her with a lovely honeymoon but because he’s been given a commission to do some spying. But then she realizes that she’s lucky to be in Kenya and would never have had this luxurious honeymoon unless someone was paying for it.

What are Siafus, and were the soldier ants really used for sutures?

RHYS: They are ants. They are always on the move as a colony and swarm over anything in their way. They have a very painful bite. When their jaws lock on something they are so strong that they can’t be pried open. Hence the Maasai warriors used them to suture wounds. They’d hold the ant until it bit, then twist off the head and leave it on the wound.

The victim, Lord Cheriton, tried to molest Georgiana, but he was very popular with the ladies. Georgiana asks herself, “…why did he seem to have that effect on all the other women when I found him so repulsive?” Loc. 2637 Good question! Could you answer Georgiana? 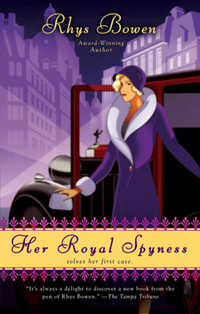 RHYS: I presume because he was good at sex! Their lifestyle was so different from what Georgie is used to.

What is a panga?

RHYS: It’s like a machete. The tool the local Africans used for clearing the bush and chopping wood etc.

Some of the settlers participated in wife/husband swapping parties, which included using alcohol and cocaine. It sounds more like the 1970s. What contributed to this behavior, which, I assume, wouldn’t have been tolerated in English society?

RHYS: British aristocrats have always led a lifestyle that would shock the ordinary people at home in England. There has always been free use of drugs, mistresses. Queen Victoria’s oldest son started this type of behavior with a string of mistresses. But far from England they were able to behave even more freely and shockingly. By the way, all the naughty things in the book are absolutely true.

The local Kenya natives, the Maasai, refuse to be servants. Household help were imported from Somalia. What were the differences in these people?

RHYS: The Somalis were prized as servants because they looked so haughty and proud, but most servants were local Kikuyu tribesmen.

Idina, one of the most loathsome of the English women, was a rival of Georgiana’s mother. Surely her mother couldn’t have been quite so distasteful?

RHYS: Idina might have led a very loose kind of life, but she was very popular and well liked by all the settlers. Idina was known as the original “bolter.” She left her husband and sons and ran off with someone else, then left him, and had a succession of husbands and lovers.
Georgie’s mother also bolted from her husband, and had a succession of men. She was also notorious and lived outside of the laws of society.

Why did many of the English in Kenya drive Buicks rather than English cars?

RHYS: The Buicks were large and sturdy for dirt roads, but there were plenty of English cars too.

Did you have to research the hunting and feeding habits of the safari animals?

RHYS: I’ve always been an animal buff and know quite a lot about animals, but I also had a field guide from a friend who had been on safari many times and answered all my questions. 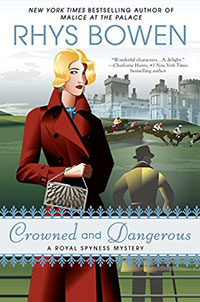 Were any of your characters based on real people that lived in Kenya during the 1930s?

RHYS: Oh yes. Idina was real and as portrayed. Lord Cheriton is based on Lord Errol, the leader of society in the Happy Valley, whose murder was never solved. In fact, the whole story was sparked by his unsolved murder.

How does your father-in-law fit into the story?

RHYS: My father-in-law was one of the founders of Imperial Airways, later one of the heads of British Airways. He was on the first flight down to South Africa and sent letters home describing each stage. So everything is authentic in my story.

What’s next for Georgiana and Darcy?

RHYS: I thought they better have some peace at home for a while and I realized we hadn’t featured Georgie’s friend Belinda for a while. Since I know Cornwall well I thought it might be fun to take Georgie there and decided to do a homage to Daphne Du Maurier’s Rebecca.

Thank you for this interview. I do hope everyone enjoys the book. 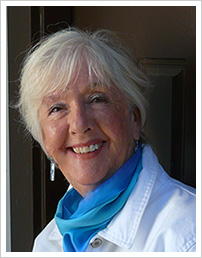 Email ThisBlogThis!Share to TwitterShare to FacebookShare to Pinterest
Labels: A Royal Spyness Mystery, Author interview, E. B. Davis, Love and Death Among the Cheetahs, Rhys Bowen

Sounds like a great addition to a wonderful series. Looking forward to reading it!

Terrific interview, Rhys and Elaine. I enjoy this series.

Rhys's books teach so much history. I love reading this series and knew little about pre WWII Africa. Thanks, Rhys!

All of this historical detail is fascinating! I'm looking forward to the book. Thank you for a terrific interview, E.B. and Rhys!

This is a great interview. Looking forward to checking out the book.

Rhys always does such an amazing job with the accuracy of the historical details.