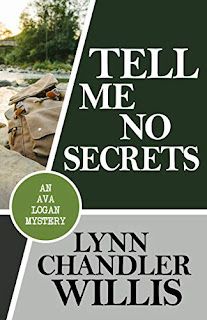 The Ava Logan Mystery Series began with Tell Me No Lies in 2017. It picks up this summer with the release of books 2 and 3. Book 2, Tell Me No Secrets released June 11 followed by book 3, Tell Me You Love Me, on July 9th.

About the series: Set deep in the North Carolina mountains in the fictitious town of Jackson Creek, the Ava Logan Mystery Series follows main character, Ava Logan, a 35-year-old widow with a 15-year-old son and a 12-year-old daughter, and a 2-year-old foster child. Ava is the owner/publisher of the Jackson Creek Chronical, the small town’s weekly newspaper where she covers everything from church homecomings to dirty politics and the occasional murder—if her lover, Sheriff Grayson Ridge, will let her do her job.
https://lynnchandlerwillis.com/series/ava-logan-mystery-series/

In the heart of Appalachia, newspaper publisher Ava Logan should feel joy and pride as she watches her thirteen-year-old daughter being baptized in the cold water of Jackson Creek—but she can’t rejoice when thoughts of an employee who failed to show for work keep pulling her attention away.

Ava’s convinced something horrible has happened to Scott. Then his backpack is found floating in the same river her daughter is being baptized in.

While clue after clue leads her deeper into the hollers of Appalachia—ripe with tradition and folktales, store front religion, and the darkest of secrets, Ava discovers truths about those close to her and about her own beliefs.

The first book in this series, Tell Me No Lies, was published in 2017. Was it intended as a standalone? How come the second two books were published within a month of each other? Well…I was afraid someone was going to ask this question! In all honesty, it’s deeply personal but I’m at a place where I can share it without fear of strange looks. When I wrote and sold Tell Me No Lies, my adult daughter had been diagnosed with epilepsy. She was a young mother with five young children and started experiencing seizures when her youngest (twins) were three months old. They were severe enough she couldn’t drive or be left alone with the babies, so I took the day shift as caregiver to the kids, and to some extent, my daughter. Her husband worked during the day and took the night shift. The medication didn’t help and the only option for a normal life was laser brain surgery. It was somewhat experimental in that it had only been done less than a handful of times. She was in and out of the hospital several weeks at a time as they mapped the seizures then prepared for surgery. The area of concern was located behind her optic nerve and one slip of the laser and she would have been blind and there would have been no going back to fix it. By this time, I’d missed the first deadline with Tell Me No Secrets. But, with all that was going on, I was on auto-pilot. Back and forth to the hospital, trying to keep the kids on as normal a schedule (and life!) as possible, and being numb when I went home to my own quiet little house. It wasn’t until after the surgery and we got the all-clear, that we all breathed again. I had my own little breakdown and cried many nights in the shower long after the fact. That’s how I roll. Deal with it now and then later break down. No matter how many times I tried to finish Secrets, it just would not come. So, my publisher backed up the pub date and since I’d lost the momentum of book one’s release, we had to do some creative thinking––thus, a double release.

What makes the female characters in your books so strong?
They have to be. Life hasn’t always been fair or easy for them, but they pull up their boot straps and carry on. I wanted them to be realistic and women readers can relate to. That’s what strong women do. They don’t fret over why something bad happened––they just fix it.

Although the Reverend Doretha Andrews isn’t Ava’s mother, she may as well be. Why do Ava and Doretha have such a close relationship? Why doesn’t Jeremiah Carson like Ava?
Ava came from a tragic, abusive childhood and was taken into the foster system when she was a little girl. As the pastor of the local church, Doretha took Ava in and more-or-less raised her. Even as an adult, Ava sees Doretha as her anchor and moral compass, relying on her wisdom. Doretha has always seen something special in Ava and whether it’s letting her find out something on her own the hard way, or coming to Doretha for advice, Doretha thinks of her as a daughter. Jeremiah Carson is sweet on Doretha and sees her relationship and bond with Ava as a threat. Ava sees Jeremiah Carson the same way.

I admit it. I hate chicory coffee. Isn’t it something used to stretch coffee? Is it an acquired taste? Maybe it’s really a gourmet coffee I’m not sophisticated enough to appreciate. Please explain it!
LOL! Yes, they actually started using it during Napoleon’s reign as a way to make coffee stretch a little more. With the French influence, could be why it’s popular in New Orleans. But back to your question––it is very much an acquired taste. My grandfather used to drink it and even the smell was so strong, you’d swear it could walk out of the pot itself. Very bitter and strong. 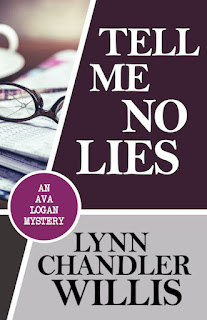 As the founder of the local newspaper, the Jackson Creek Chronicle, Ava is an employer. She becomes concerned when her college-age employee, Scott Curry, goes missing. After Scott’s backpack is found floating in the creek, why does Grayson Ridge, the sheriff, still treat Scott’s disappearance as a missing person?
He doesn’t have any other clues to go on other than the backpack of an avid hiker was found in the river. It’s the age-old quandary of when does a missing person investigation become a homicide investigation––not until they find a body. Even then, he must decide if indeed it was foul play or an accident.

Emma, Ava’s now thirteen-year-old daughter, is oscillating between childhood and adulthood. Why does Ava feel guilty all the time?
That comes from being a single parent and feeling like she had to fill both roles. She wants her kids raised to be good people and struggles sometimes with the weight of being the perfect role model she wants to be.

Who is Keeper McCarter? Is he autistic? He doesn’t really seem stupid.
Keeper McCarter is a character introduced in book #2, Tell Me No Secrets, and continues into book #3, Tell Me You Love Me. No, he’s not autistic. He’s what mountain folk call “simple-minded.” He’s mentally-challenged with the innocence of a child. Although a grown man, he sees the world through a child’s eyes, which makes Ava and his mother Mary very protective of him.

Keeper’s mother, Mary, is a local granny witch. Is she also a seer?
Yes, Mary has the “gift.” Many refer to it as being able to “see the future,” but it’s simply a very strong sense of intuition. Granny Witches, Granny Women, Seers, village elders––whatever they are called depending on the region, they’re all known to have insight and the ability to heal using natural remedies.

Ava keeps adding to her menagerie by adopting Scott’s cat, Boone. Will she ever turn away an animal or a kid?
Again, it’s the guilt factor (LOL!) She knows what it’s like to feel that sense of abandonment and her heart just won’t let her stand by and do nothing. As far as adopting another actual human, probably not. Parenting a toddler at 35 (although 35 is NOT old) is exhausting!

Even though Grayson and Ava have a romantic relationship, their jobs cause them to collide. Does this diminish their relationship?
It doesn’t diminish their feelings toward one another, but it does cause conflict. Like any law enforcement officer, Grayson has to be conscientious of how much information he reveals to the press, no matter if it’s a small-town newspaper. And that he’s sleeping with the publisher! And Ava, sometimes withholds information from Grayson until she can weigh the consequences of what will happen when Grayson’s forced to do his job.

When Ava continues to investigate, Scott’s sister tells her about a friend named Josh. No one at the college seems to be forthcoming about Josh. What does Ava find out about Josh’s family, which makes him strange?
Josh was raised in an ultra-religious family who opposed him going to college. He hasn’t been exposed to a lot of the “world” and to others seems a little awkward and very shy. Josh’s father is a Pentecostal preacher with very deep-set, old-fashioned beliefs. Josh’s mother, Susan, is a very dutiful, subservient wife who blends into the wall in Ava’s opinion. Ava has a hard time accepting any form of inequality so to witness it while sitting in Josh’s family’s living room is eye-opening for her.

Josh’s father is a reverend in what appears to be a Pentecostal church, which uses snakes as part of its service. Are there still churches like this?
Very much so! They still exist but are very deep into the hollers of the mountains. The practice has been outlawed in most states, but law enforcement does tend to look the other way until they can’t. 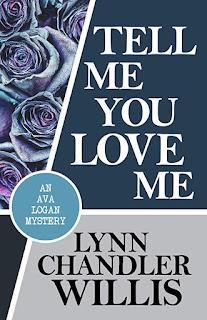 After reading Tell Me You Love Me, the title now seems like a plea across the years. Is it?
Yes, it is multi-generational. It encompasses many aspects of love, family, passion, and beliefs.

What is the cause of selfishness?
It’s several things all rolled into one. A misguided notion that you’re doing what’s right for someone else, and holding onto secrets to protect one’s self.

What’s next for Ava?
I have a couple ideas involving very topical subjects so stay tuned!
Posted by E. B. Davis at 12:00 AM

Boone! My daughters were in the area with the Atlanta girl scouts several summers. I wish we'd spent more time there. Congratulations on your new release and series!

Thank you, Margaret! It's my favorite place on earth.

Love how you've mixed the geography (setting) and the story (ies) together.

Sounds like you've created a fascinating background in which the modern world meets the back woods. It should make for an interesting series.


Nice post.Keep sharing. Thanks for sharing.