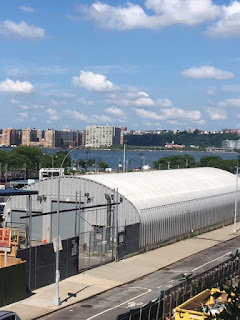 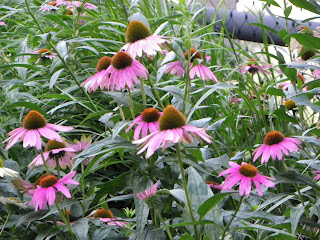 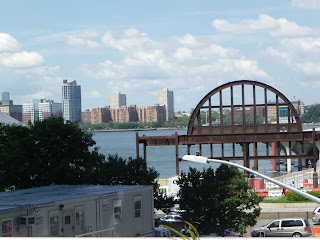 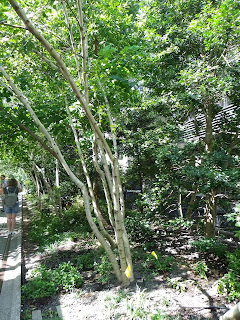 The New York City High Line, a 1.45-mile elevated walkway bordered by over five hundred species of plants and trees, is a public park built on a historic elevated freight train line on Manhattan’s West Side. Neighborhood residents and the City of New York saved the rail line from demolition in the early 2000s, envisioning a public space celebrating nature, art, and design. 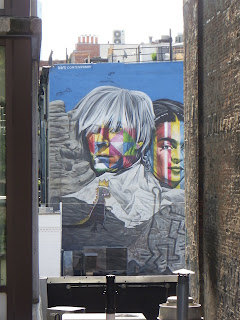 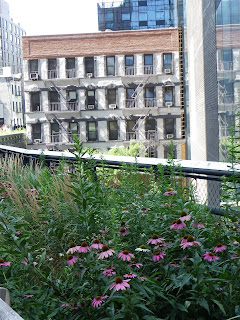 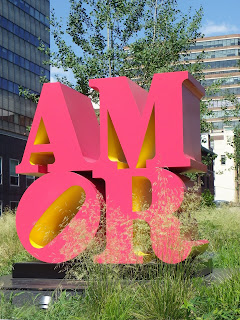 The elevated train line opened in 1934, transporting a high volume of meat, dairy products, produce, and U.S. Mail to the West Side, the tracks running through the Nabisco cookie and other production facilities. With increased use of truck transportation, the train line closed in the early 1980’s. In 1999, CSX opened bids to modify the rail line for recreational use. Friends of the High Line, the organization which still manages the facility, formed and CSX donated the abandoned railway to the city. The first, and southern-most, section opened in 2009. In 2019, the High Line stretches from Gansevoort and Washington Streets in the meat-packing district to 34th Street and 12th Avenue. With fourteen access points, the elevated walkway is fully handicapped accessible. No dogs or wheeled devices (bikes, scooters, roller blades) are permitted.


Inspired by twenty-five years of a self-seeded landscape on the train tracks, garden designers selected perennials, grasses, shrubs, and trees appropriate for life in the irrigated planting beds that would attract birds and insects. The plants are left standing all winter, with a large volunteer force cutting them back in March.
Various art installations line the walkways. 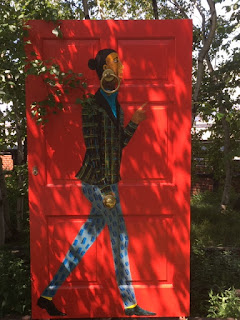 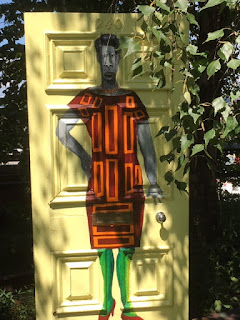 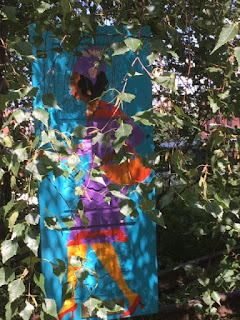 The High Line is a cultural phenomenon: a shopping mall and viewing structure anchor the 34th street end of the walkway, with the Chelsea Market near the southern end. Special programs are offered in the summer: salsa dancing, tours, art performances, stargazing, and teen nights. 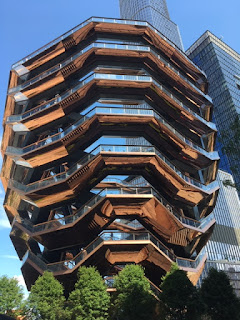 We walked the High Line one hot summer morning, catching glimpses of the Hudson River as we strolled south. Traffic noise was muted. People were free to amble and rest on benches. I saw city birds—English sparrows and pigeons—though I suspect more species live in the gardens. The planting beds are six to ten feet deep on either side of concrete paver stones. Rain water is captured in the cracks between the stones, and flows into the planting beds. Perennials, which are hybridized prairie wildflowers, bloom in a carefully orchestrated sequence. When we visited the third week of July, coneflowers, the last of the liatris, various sunflowers, and brown-eyed Susans bloomed next to sprawling blue-flowered wild petunias. At the southern end of the high line, an established stand of marsh mallow showed extravagant pink flowers against the tall buildings along the river. 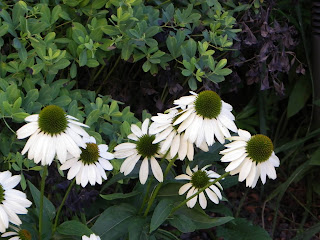 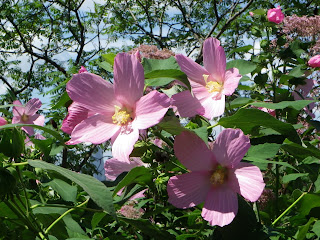 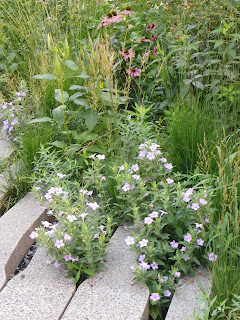 A High Line Network exists, with projects underway or complete in 2019: the 11th Street Bridge Park in Washington D.C.; the Presidio Tunnel Tops in San Francisco; the Atlanta BeltLine; the Queensway in the Borough of Queens; River LA in Los Angeles; Buffalo Bayou Project in Houston; and the Dequindre Cut in Detroit. 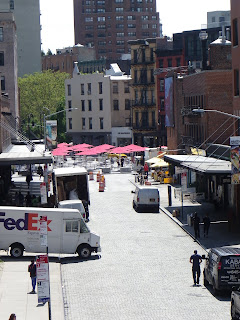 Readers and writers, do you have a High Line project in your area or have you visited one?

Great pictures! Anything we can do in the old urban landscapes, which have paved over so much of the land, to encourage appropriate wildlife is great.

Some old railroad right-of-ways have been made into hiking and bike trails, somewhat to the dismay of property owners. In many cases, the original right-of-way agreement stated that if the railroad line were abandoned, the property would revert to the original landowner, but that's not what's happening.

Thanks, Margaret, for the information and photos of the High Line. I've been reading more and more about it recently and it intrigues me. Would love to see it.

What a wonderful idea to reclaim more green space in the city. Great photos to go with your thoughts!

Wonderful photos, Margaret. Thank you for sharing them, and for giving them context with such interesting details.

I love the artwork, too. Just looking at these photos, you can feel the creative energy!