The Best of Writing Groups by Marcie Rendon

As a beginning crime novelist, I was aware of the adage “write what you know.” I’m not a criminal and figured I knew crime from all my reading. But when I started writing my first manuscript, I soon realized outside input and another perspective was necessary. Back then, the Loft Literary Center in Minneapolis had a monthly newsletter. In the newsletter, I came upon an ad inviting “writers of murder” to attend a writing group to be held at 7pm at a local coffee shop. Fighting my innate shyness, I determinedly showed up.

Sitting around the dimly lit coffee shop was an assortment of mostly male writers and three females. The stunning blond who called the gathering was Babs Lakey, (Futures Crime Magazine). It was an evening of authors sharing their murderous stories they either intended to write or were writing. A newbie to writing groups and this particular genre, I sat entranced, listening to one killing story after the other as the sun set and the coffee shop got darker and darker. At some point in the conversation I thought, People write what they know. And my over-active writer’s brain took over as I tried to determine which person at the table WAS a serial killer. Fear froze me, and I sat sipping a cold cup of coffee long after the last writer had left. I wanted to be sure they all drove off before I exited. I didn’t want any serial killer posing as an author following me home.

I calmed my nerves enough to attend the next meeting. I was convinced Babs was not the serial killer of the group, and she fascinated me with her determination to self-publish. And she was a blond biker chick who loved writing crime as much as I did. It was in that writing group that I began developing the character who would become Renee Blackbear of my Cash series. (Girl Gone Missing and Murder on the Red River) 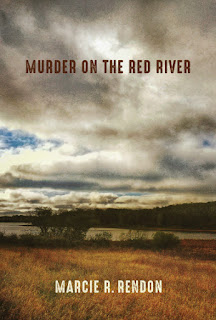 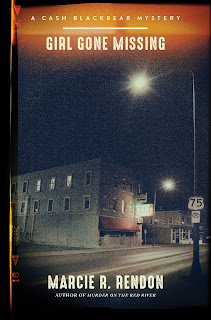 Shortly, the men left the group and two other women joined-Ida Swearingen (Owl of the Desert) and Ellen Hawley (Trip Sheets; Open Line, and The Divorce Diet). We became the “eat and meet” writers’ group. Ida and Ellen were not crime writers per se, but they did read my manuscripts, offer writing advice and cheer-led me on. Babs would laugh, her eyes sparkling, swearing my books were going to make it big. Fascinated with crime she pumped out three self-published crime novels.

Time moved on and so did Ellen and Ida-all the way to England. Babs discontinued Futures and her life took a different direction. Time to find another writing group.

Next was Diego Vazquez’s “Sunday Morning Writes” group (Growing Through the Ugly). This second group was determined that everyone seek publication. We would arrive with manuscript in hand along with calls for submissions. In 2008, we all submitted to a League of Minnesota Poets County Lines Anthology-each of us for different county. A number of our poems got selected. Again, the writers in the group were writing memoir, literary fiction, poetry – I was the sole crime writer. One very important take-away from that group was the push to seek publication and to push through the fear of publication rejection.

My current writing group is the “Women From the Center” writers. Ethnically diverse, we also write in different genres. Again, I am the crime writer where sometimes, when offering a manuscript for critique, I need to issue a trigger warning for those with softer hearts. That said, this group is badass. These women are leaders in their respective communities of color. They are Minnesota Book Award Winners; awarded poets; exceptional community organizers and promoters of other writers of color. Nora Murphey (White Birch, Red Hawthorn); Diane Wilson (Beloved Child); Mai Neng Moua (Bride Price); Carolyn Holbrook (Hope in the Struggle, memoir Josie Johnson with Carolyn Holbrook and Arleta Little). Other memoir writers and poets in the group are Jna Shelometh, Kyoko Katayama and Joan Trygg. 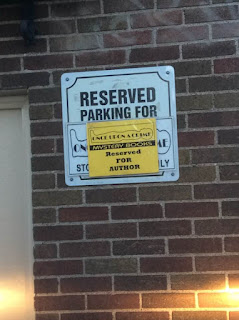 Our group is based on the premise that there is enough for everyone. We back each other to succeed as every step forward means another one of us gets to follow. Just this past week they called to remind me I have forgotten to invite them to my book release party at Once Upon a Crime Bookstore, May 14, in Minneapolis.  I don’t know about the rest of you, but my shyness and introverted-ness puts a roadblock in my mind when it comes to remembering or promoting my own work. This group keeps me to task. And solutions to that might be a different blog.

Many folks ask how to find a writing group that will move them and their manuscripts to publication. Unfortunately, people often limit themselves. They only want to be in a men’s group, or a women’s group, or a crime writer’s group. I have had to push past my fears – return to the potential serial killer writing group. I have had to take risks – send out the manuscript that I was sure needed one more revision. I have had to trust others thinking of which paragraph should go where and when to write more and when to stop over-writing. Each group I have belonged to has consisted of writers who “have” to write. They can’t imagine not writing. And they’re friendly (never underestimate friendly). Maybe best, they tolerate my twisted crime mind and allow me to learn from their memoirs, poetry and literary fiction.

A good writing group is invaluable. Mine has been meeting once a month (breakfast on Saturday) for ten years now.

One of the things I miss by living in a remote location is a writing group.

I don't think I'd have completed any of my novels without a writing group!