Tattoos and Other Revelations

When I first met Tai Randolph, the protagonist of my series, I didn't know her name. I knew only that the person I was meeting was quick and smart and had a head full of riotous dirty blond curls. I also knew that she spoke with the cadences of Lowcountry Savannah, that she smoked Winston Lights, that she wore broken-in jeans and low-heeled boots with good tread, boots for working.

But how did these traits coalesce into one person, an individual like no other, a character?

I wish I could tell you. I've pondered it myself. It feels less like technique and more like alchemy. I have decided that it's part of what writer Elizabeth Gilbert calls "big magic," that mysterious process of search and recovery that is like diving into deep water and then feeling around in the sand at the bottom until your hand closes on something. Then it's bringing that artifact up from the blue dark into the mottled light. And then you say, "Aha! A tattoo! She has a tattoo!" 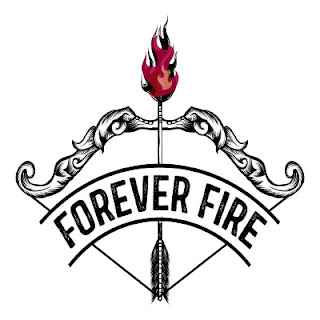 She had another, but she didn't tell me about it until later. And eventually she got a third in Reckoning and Ruin, the fifth book in the series, but this flaming arrow in a flaming bow was tattooed on her bicep when I first met her.

That's how it is sometimes. My other character, Trey, was an enigma for me at the beginning. I knew he was attractive, with black hair and blue eyes. He was lean and fit and well-dressed. But he was also quiet, reserved, bordering on painfully shy at times. I knew there was something unusual about him, but I couldn't figure out what it was. And he wasn't telling. If I tried to pry him open, he'd just button his Armani jacket and give me a guarded look.

And then I read an article about frontal lobe injuries in Scientific American. I learned that if the brain's language centers are damaged in certain very specific ways, people can become highly sensitive to deception. In short, they become human lie detectors. And like a key, this information opened the door on the room where Trey kept his secrets. He still won't tell me things, not directly. But he trusts me enough now to give me keys to rooms I haven't yet discovered and lets me poke around when I find them.

I've also learned that I'm not the only writer who relates to her characters as people separate from her own imagination—many experts on the neuroscience of creativity explain that regarding our characters this way is a valuable and necessary way to tap the deeper wells of the writing process. My daughter says Tai and Trey are like members of the family now—their presence is palpable, and we gossip about their struggles and complications and discoveries in the same way that we discuss my flesh-and-blood relatives. This three-dimensional realness is what separates characters from caricatures. A bonus: interacting with well-rounded fictional characters is also valuable for readers, strengthening their sense of empathy and understanding (as a recent scientific study has demonstrated).

In my imagination, all characters are real; they simply inhabit a realm slightly apart from ours. Huck Finn and Miss Marple and Hermione Granger exist beyond a permeable veil. It is our job as authors to channel their stories into this world as clearly and cleanly as we can. This act feels more like discovery than creation (I'm not nearly the first writer to figure that out). And it means that the people in our heads can feel almost as alive as the people sharing the bus with us or sitting at the next cubicle.

My own life has been immensely enriched by getting to know Tai and Trey, by imagining the world through their eyes. And I have to admit, whenever I'm in Atlanta and hear the purr of a Ferrari engine or a burst of wicked female laughter, I can't resist looking around for them. They feel as close as my own shadow.
*     *     *

Great essay, Tina. When I'm immersed in my characters all day and my younger daughter calls, it's tough not to call her by the name of her fictional (and I stress fictional) counterpart. She's annoyed when I do slip up.

I know a writer who leaves computer messages for her characters. They write back.

Brilliant, Warren. Although most of my characters aren't computer literate enough to manage that.

My characters are very real to me. If I try to create a detailed outline from which to work, they will often refuse to cooperate. So I usually have a beginning and an end in mind (although they have been know to make me alter those, too) and depend upon the characters to tell their story. They continue to surprise me with tidbits of information about themselves that I didn't know.

My characters write back too! And show up at other times. I can always spot characters who visit people this way instead of being forced into or out of an outline-- they're flesh and blood, these book people. I'm glad I'm not the only writer who appreciates this!