My BIG News!! by Carla Damron

I have news. Big news. I will be retiring next month after a thirty-five year social work career.

Truthfully, I “retired” once before when I left my state job at the Department of Mental Health eight years ago. Two months later, I was working again as the executive director of our local National Association of Social Workers chapter. (Yeah, that was a retirement fail.) That “part-time” job has been a fascinating journey; it allowed me to focus on training and advocacy, two things that are very important to me.

I joined others fighting for stronger anti-human trafficking laws in SC. We WON that one!

With a few thousand like-minded people, I protested the Confederate flag and stood in the state house lobby when our governor signed the law to have the flag removed from the Statehouse grounds.  This was the best way we could honor the memory of those lost in the massacre at the Mother Emmanuel AME Church in Charleston. It didn’t erase that tragedy of that hate crime, but it helped us begin to heal.

For every advocacy success, though, we’ve had several failures. We still don’t have Medicaid Expansion in SC. Our education system is broken, and a swath of SC (thirty-six horrifically underfunded rural schools) is considered the “Corridor of Shame.” Protecting Women’s Reproductive Rights is a constant struggle.

And it’s pretty much okay to own lots of guns, including assault weapons, and carry them anywhere.

(Here I am with fellow advocates at a press conference for gun control legislation)
While I’m retiring from my social work career, I won’t retire from BEING a social worker. As we say in our field, social work isn’t what you do, it’s who you are. For example, I’m not giving up my advocacy work. I belong to several organizations that battle for gun safety legislation, for voting rights, and for even better human trafficking laws.  Also, I hear there’s an election coming up next year. I might have an opinion or two about who should run our government.

One thing retirement will offer: more time to write. I have several stories knocking at the door to my brain, ready to be told. I can’t even imagine a life in which writing time isn’t something squeezed in between other obligations. And of course, nearly all my writing deals with social issues, so there’s that “I’m always a social worker” thing rearing its head again. 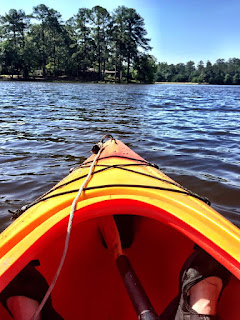 Oh—one other thing I plan to do. We’re getting a new kayak, and that baby needs some time in the water. Picture me afloat, under a big floppy hat, book in hand …. Ahhhhh.
Retirees, what tips do you have for me?

congratulations and enjoy every minute!

My one suggestion is to take at least six months and not accept an of the "things-you-need-to-do offerings" suggested to you by well-meaning friends with their own agendas.

And if #2 doesn't stick, that's not problem. It took Jan's father three times!

Thanks Margaret~ And GREAT suggestion, Jim.

Jim's right. When I retired (mind you, I retired early because of serious health issues; I couldn't walk across a room without sitting down to rest) I had a few friends who were sure I needed projects to fill my time, and tried to get me to participate in their chosen project/volunteer opportunities, etc. They were all great ideas, but not for me.

As in any major lifestyle change, it's going to take you a while to find out what you need to do to enjoy your retirement and be comfortable.

Have a great retirement, and happy writing!

I've been retired for twenty years now and love it. I like that you're working on the gun issue. With so many people being killed by killers going into a place where there are multiple shootings something has to put an end to that.