Tales of the Black Widowers by Isaac Asimov: A Review by Warren Bull

Tales of the Black Widowers by Isaac Asimov: A Review by Warren Bull 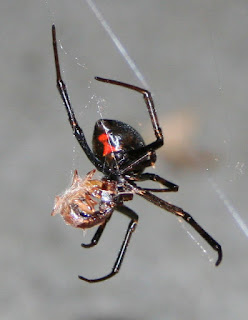 Image from Wikipedia
Isaac Asimov is most famous for his science fiction. He was  an amazingly prolific author. In his career Asimov also wrote about the Bible, Shakespeare, history and just about everything else imaginable. One of his many genres was mystery short stories.  This anthology is a collection of stories individually published in Ellery Queen’s Mystery Magazine. It is the first of six anthologies containing sixty-six stories. Did I mention Asimov was a prolific writer? He was also a terrific writer. The set up is always the same. A group of middle-aged men calling themselves the Black Widowers meet for dinner once a month. The man who is host for a particular dinner invites a guest who invariably has a problem, which takes the form of a mystery.
The men’s attitude toward woman ranges from chauvinistic to misogynistic. Their banter gets old, but, to be fair each story was intended to be read individually.  The repetitiveness would be less apparent if they were read one at a time. There is a certain charm to the tales and Asimov’s inventiveness is apparent. After the intellectual and overblown speculations of the attendees, the mystery is always solved by their intrepid and completely honest waiter, Henry. He cuts through the clutter and gets to the heart of the matter every time.
I also enjoyed the author’s notes about each story, which include suggestions and comments from readers.  There are clever and memorable touches in the writing.
I recommend the book and suggest it may be best enjoyed by reading a story or two at a time.
Posted by Warren Bull at 12:00 AM

I had forgotten that Asimov wrote in Ellery Queen Magazine. I think that is where I first met him. I seem to remember clutching an old copy purloined from my brother's stash and pouring over the stories. Asimov's led me to hunt him down in our local library where I found, much to my delight, that all of his books were 4.5 x 6.5. The perfect size to slide in my then purse and very hand friendly. I read every one on the shelves-even though they were not mysteries, but sci-fi. I never did figure out why the books were all in that odd size, but they had great "hand."

Sounds like a plan! A great book to carry in the car.

I usually read a short story at bedtime. I'll have to think about adding this collection to my stack!