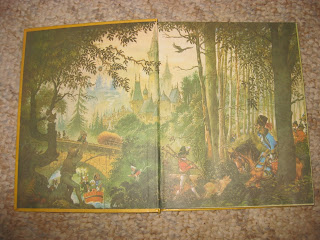 Some people have no trouble believing in almost everything they read, see or hear. These are the gullible ones. Like my mother-in-law and her husband did. They bought the supermarket rags in the checkout line and believed everything they read no matter how outlandish or how fake the pictures were. What about the reality shows that used to be so popular and maybe still are? Are there people who believe it’s all true life and not scripted? Since I never watched them, I’m not even sure if there still are reality shows. 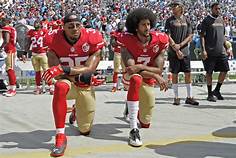 What about all the hoopla about some football players taking the knee during The Pledge of Allegiance or the National Anthem? That went on for months and months. And what about the lies some politicians tell (not mentioning any names) and people seem to believe.
When does it become okay for a writer to fudge the truth? We expect news reporters to write the truth – not that they always do. Columnists, on the other hand, have a political or personal agenda they want to get across. I imagine most of us believe or disbelieve the columnist according to our personal beliefs.

Writers of non-fiction are expected to be truthful. Years ago James Frey got pilloried when it was discovered some of his memoir was not the whole truth. Greg Mortenson, who wrote Three Cups of Tea, followed by Stones into Schools, became a best-selling author that I enjoyed. His books were selling quite well. He traveled the country talking about his mission to build schools, especially for girls in Pakistan and Afghanistan. It was a worthwhile endeavor until it crashed after it was discovered all he claimed to have done in the first book wasn’t totally true. 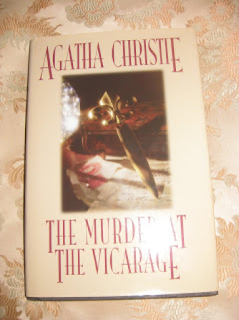 So as fiction writers, how much can we shade reality and have our readers suspend belief or at least not bothered by it. Obviously, those writing paranormal or science fiction don’t have to worry much. But even traditional mysteries often ask the reader to suspend their beliefs. Take the many versions of Sherlock Holmes. Can one detective really be that brilliant? But those of us who love him are willing to suspend belief, or in an elderly sleuth like Miss Marple, who solves many crimes by her astute observations.

We who write series count on readers to suspend belief, especially in cozies. Okay, how many times can an amateur sleuth, who walks dogs, caters meals, runs a book store or is a gardener find a body and solve a crime? How many small towns like Cabot’s Cove in the Murder She Wrote series can have dead bodies showing up before no one wants to live there anymore?

Because my series is on a gardening timeline; the first in June, the second in July, the third in August, the fourth in September, the fifth in October, I have to skip the gardening while still including a flower in the title. I’ve written one for November, December, January, February and am now working on my tenth book, my March book Daffodils in March.  Of course, I’m almost like the Cabot Cove mysteries. As for DNA testing, my police chief has a good friend he went to college with in some position in the Ohio BCI, who rushes things through for him. And my main character, Catherine Jewell isn’t always discovering bodies in every book anymore. It’s enough that she and the Police Chief are engaged now and she sometimes comes up with a clue or two.

As a mystery reader I’m willing to suspend belief – at least to a certain extent if the writer makes it seem plausible. I think in most of us there is a wanting to believe extending back to Santa Claus, and we want to believe the good guys will win, and the bad guys will get their justice where in most books they do. That could be one reason that mysteries are so popular.

Are you able to suspend belief when reading mysteries?

If you’re a writer, how, where and why do you sometimes fudge the facts?

Who was it who said the difference between fact and fiction is that fiction has to make sense?

I include a lot of procedural stuff in my books and do tons of research to get it accurate, but I confess to fudging on some things just to keep the pace moving. Cops do a lot of waiting for warrants. Instead of securing a crime scene and waiting for the grind of legalities to take place, I might have my cops charge in. I did get called on it once, but not for the stuff you'd expect.

Annette, I can understand that. As far as I'm concerned your books seem to be quite accurate. Anyway I enjoy them and don't see one fault in any of them.

I can suspend my belief, but only to a certain degree. Most readers aren't naive. They watch CSI shows, etc. The author has to have done his/her homework. If they didn't even bother Googling whatever, that I can't bother to read their book. Sometimes I have to label cozies lame--I like them, but not if reality is ignored. Now if it's meant to be a fantasy, then, sure.

Annette, that would be the inimitable Mark Twain.

I think Lee Lofland said it best. Writers are creating "believable make-believe." Real police work is boring - lots of waiting, lots of paperwork, and no one wants to read about that.

Just don't get too crazy with your make-believe.

E.B. I can suspend my belief to a certain extent, but not too much, either. For instance, no matter what is written about Big Foot, I don't believe he really exists. That someone is dressing up like him instead, I can believe that.

Mary, you're right about spending too much time with what real police work is.

I fact check everything, especially legal and law enforcement procedures and time lines. Toxic plants and their symptoms when ingested. Local diction and slang, especially when I'm writing about New Orleans.


I find it difficult to impossible to write about a place I've never visited.

Mary, I thought that was Mark Twain but wasn't sure and didn't have the time earlier to double check. And I never argue with Lee Lofland.

For me, a factual error will destroy my suspension of disbelief. I will want to throw the book against the wall.

Margaret since I'm writing a gardening theme, I check on poisonous plants and how they react. I have three books on poisonous plants and a book on police procedure as well as other books on writing. One of my favorites is Murder and Mayhem, a book by D.P. Lyle, M.D. who answers medical and forensic questions by mystery writers. Also, one of my critique partners was married to a policeman and both of her sons are policemen, so if she sees something off, she lets me know.

Warren, if I see one or more, I don't finish the book.

A related problem is that some things that readers "know," especially if they use TV shows and popular but inaccurate books as their reference points. I have had to backtrack and provide sources of factual information to editors who "know" things that aren't true. I've learned to add explanations (even though we're supposed to trust our readers' intelligence and the explanation slows things down a bit) if I absolutely need that it in the story. Otherwise I don't include it.


I have a few people I use for reference, and I've heard from both a judge and a public defender that real-life juries expect the rapid, clear-cut facts in real life that TV shows produce in an hour.

KM, my niece is married to a policeman, too. I've gotten some of my information from him. I watch very little TV preferring to read and listen to music in the evenings, and I read the newspaper about what's happening locally in the crime scene, or the opioid problem. For instance, our opioid deaths are down this year from last year by quite a bit. So far I haven't included a jury scene in any of my books.