A Protagonist Who Kills By Kathryn Lane 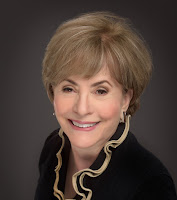 When I started writing my first Nikki Garcia Thriller, I did not know Nikki’s life would spawn a trilogy of books or even more.

Nikki Garcia, the protagonist of Waking Up in Medellin, grew in my subconscious and broke through my consciousness like a tigress released from captivity. Nikki took up residence in my brain where she roamed freely, lighting up my neurons with nuggets of her life. I started writing her story and the nuggets grew into a complete goldmine.

That’s not to say I did not encounter times when I struggled to write her story. My biggest challenge involved making Nikki likeable, even lovable, while also making her a strong woman capable of standing her ground against scoundrels and criminals in a foreign setting. Okay, so she can stand up intellectually to villains and henchmen with heroine qualities I bestowed on her to rise to the occasion without losing her femininity. But what happens when her life is endangered, and she must resort to a gun?

I placed Nikki in Medellin, Colombia, a city with a past. A city where criminality ruled during the time of Pablo Escobar, one of the world’s worst drug lords until his death in 1993. However, Nikki’s story takes place in current times and in a very different Medellin, a city, which has remade itself into a lovely place, even if its past still haunts the city’s reputation. And speaking of pasts, Nikki has a past that haunts her, even in her sleep.

Up to now, the reader can ride along with Nikki as she performs her work in Medellin to uncover wrongdoing at the Colombian affiliate. Readers can also be happy for Nikki when a medical doctor she meets at a party expresses feelings for her. Her travels to Cartagena, a historical Spanish Colonial town, and her hiking expedition to the Tayrona national park are episodes described in detail, allowing us to experience both sites with her. All the while, Nikki’s love interest inspires her to leave her past behind and live life fully again. But can she trust him?

As Nikki pursues her investigative work, she finds more than she expected. Her life is put in danger, and she must rise to the occasion again, not with words in an argument, but with gun in hand to protect herself.

What happens in the mind of the reader the minute Nikki uses her gun and kills? Do I lose my readers, or do they applaud her boldness? Had I built in enough resiliency in Nikki’s story and enough courage in my protagonist to carry off the gunfight without killing her likeability quotient or the solidarity between Nikki and the readers of her story?

I faced the same challenge in writing Coyote Zone, my second thriller, where Nikki is in Mexico and goes undercover with human traffickers to save a kidnapped child. And she must kill again!

This dilemma of balance in a character’s heart, I’m convinced, is faced by most writers who kill. 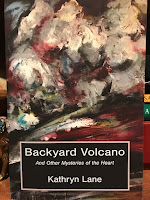 Kathryn Lane is the award-winning author of the Nikki Garcia Thriller Series:

Coyote Zone (released October 2017)
The second novel in the Nikki Garcia Thriller Series, Coyote Zone (Pen-L Publishing), presents you with high stakes danger in a kidnapping and human trafficking story. Other subplots woven into the plot, such as romance, make this an exciting read.

Kathryn’s collection of short stories, Backyard Volcano and Other Mysteries of the Heart, (Alamo Bay Press-April 2017) will give you a fusion between fantasy and reality; symbolism, punctuated by hints of surrealism, and stories with unusual twists and turns.

Originally from Mexico, a young Kathryn was a painter in oils but changed to accounting and international finance to earn a living. She became a CPA and a CMA and worked for a multinational corporation where she traveled extensively for two decades. After jetting to over 90 countries, her travels gave her the opportunity to fulfill another passion – to write fiction. Now she happily writes stories and novels inspired by foreign cultures.
A graduate of the University of New Mexico, Kathryn is both a Certified Management Accountant (New Jersey) and a Certified Public Accountant (New Mexico – inactive status).  She serves on the Montgomery County Literary Arts Council and resides in The Woodlands, Texas, with her husband, Bob Hurt.
Posted by E. B. Davis at 12:00 AM

thanks for an introduction to your books. I look forward to reading them.

I admire people who can write about far-flung places and make it work. Your protagonist seems particularly interesting, and she must have a truly practical, logical side to turn to accounting to make a living.

You chose a fascinating setting for your books.

Sounds like your books are quite thrilling and suspenseful. Thanks for joining us at Writers Who Kill.

How wonderful that you opted for a foreign setting. My first thought was to wonder how you obtained the detail for the setting, your bio answered that. As to whether a woman moving from words to weapon defeats femininity. I'd say no. Strength is a very feminine characteristic. People don't fear papa bears after all.