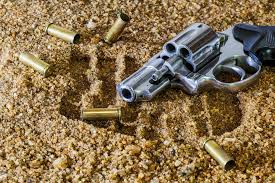 I’ve been asked what inspires me to write noir fiction.

“Noir” (black in French) was reportedly first used by film critic Nino Franklin in 1946 to describe the downbeat, bleak themes of American crime movies released in France such as The Maltese Falcon, Murder My Sweet and Double Indemnity. Those films reflected the anxieties and disillusionment of the times. They stand out in contrast to the optimistic comedies and musicals also made at the time.
Writers like Dashiel Hammett, Cornell Woolrich, and James M. Cain helped to establish the form. Hard-boiled detective stories often portrayed a cynical, underappreciated man dealing with lying clients, threats and violent hard cases in a corrupt world. The primary difference between hard-boiled and noir fiction is that the hard-boiled detective has an ethical core, even if no one else does. The ending may or may not be happy, but the central figure is definitely heroic. As Otto Penzler has written, in noir there are no heroes and no happy endings. The focus is on “losers” driven by destructive impulses such as greed, lust or revenge who make choices that lead them further along a downward spiral toward doom. Although sometimes described as hyper-masculine writing, Patricia Highsmith and Dorothy B. Hughes among other women writers produced excellent noir fiction.

Noir continues to evolve over time expanding to locations, eras and characters beyond what the originators of the form imagined. Akashic Books with a website announcing,   “Reverse Gentrification of the Literary World” has published a series of noir short story collections in particular settings. The publisher now includes places beyond North America like Addis Ababa, Buenos Aires and Copenhagen as settings. Darkhouse Books has published mystery anthologies with traditional dark noir themes such as Black Coffee and Destination Mystery! plus The Anthology of Cozy Noir.

Why do I write noir? I don’t like feeling constrained by imagined or real limitations and expectations of genre fiction. I like to write about whatever interests me. Also, I have lived long enough to see and experience extraordinary generosity and kindness as well as extreme selfishness and cruelty. I like to write about everything that I have encountered. The grit and hopelessness of a grim situation can evoke lyrical and almost poetic language like shards of a shattered mirror can reflect the beautiful sunset above. For example, one reviewer particularly liked and quoted part of the opening paragraph of my short story, On The Edge.

It is never totally soundless and pitch black in New York. There is a time before dawn when the silent black sky ignores distant light of stars and planets and the meaningless babble of mankind. It mocks our feeble attempt to push back the night. Sometimes I think the void will win. Lights will dim. Noise will fade. Day will never come again.

When I write humorous and light-hearted fiction, traditional mysteries, essays and song lyrics, all of which I enjoy doing, descriptions like the one above don’t fit. When I write about a lonely, damaged man doing the menial work of a janitor such descriptions come to mind. I also find noir lends itself to social commentary more readily than other forms of writing. Besides, when I write too many hopeful, uplifting and funny pieces, I feel overloaded with optimism. Writing something down and dirty clears my author “palate.”

Do you wrote noir? Why? or Why not?

Interesting, Warren. No I don't write noir although some of my short stories might be considered that. I wouldn't feel I could write about places I'm not familiar with, either,but you do have me considering now on writing that kind of short story, though. I haven't written a short story for some time now, and I should get back to that.

I just re-read your Destination Mystery! story "Wrestling with the Noontime Demon," which I enjoyed as much as I did when the anthology first came out.

I love noir! Sometimes I try to write it, with varying success. It's quite a change from presenting characters that you hope the readers will find sympathetic.

My book club watches a movie in January (too many people overwhelmed by the holidays with little tie to read) and this year, it was The Maltese Falcon.