Killer in the Rain by Raymond Chandler: A review by Warren Bull 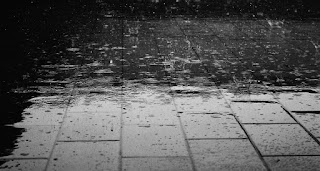 Killer in the Rain by Raymond Chandler: A review by Warren Bull

parts of them in his novels. The used parts vary from single scenes to long passages. He often took

from more than one short story in one novel. It’s fun to see how characters and elements are changed

in the novels.  Some are extensions help clarify what it is only hinted at in the stories.

Marlowe.  The protagonist is nameless in the first story.  In later stories he is Carmady, John Dalmas

and John Evans. By whatever name, the hero’s mission is to protect the weak and innocent. He makes

sure justice is done one way or another. He is brave and he is more interested in cleaning up messes

than in making money.

There is action. So much action in so few words it sometimes leaves the plots in second place. But

they are well worth reading.

Chandler has a memorable way with analogies and descriptions.

Here is an example, in the short story Curtains: “The air steamed. The walls and ceiling of the glass

house dripped. In the halflight enormous tropical plants spread their blooms and branches all over the

Here is the same scene adapted for The Big Sleep: The air was thick, wet, steamy and larded with the

cloying smell of tropical orchards in bloom. The glass walls and roof were heavily misted with big

drops of moisture splashed down on the plants. The light had an unreal greenish colour, like light

filtered through an aquarium tank. The plants filled the place, a forest if them, with nasty, meaty

leaves and stalks like the newly washed fingers of dead men. They smelled as overpowering as

boiling alcohol under a blanket.”

Although longer, the writing is more intense with not one extra word.


It is clear why Chandler holds a unique place in mystery writing. I recommend the book very highly.
Posted by Warren Bull at 12:00 AM

Wow, what a vivid description, I can feel the humidity. Going to have to look up the nameless protagonist story. Interesting concept.

This shows us one of the reasons Chandler is such a classic!

I often view short stories as "sketches" for other works, the way an artist may, for instance, draw a bridge planned for a bigger piece in various lights & from various angles. It helps give a feel for characters, settings and scenes.

I create new characters in a short story and may bring them back in a future work.

Warren, I have to put that book on my list to read, too.

Intriguing review. Several of my novels began as nuggets in short stories. So interesting to see the way Chandler's seeds turned into more. Thanks!