Criminals Who Missed a Vital Point

Criminals often don’t think through their crimes or the consequences. Sometimes their lack of sense and foresight is impressive.
High on the list is the fellow whose armed mugging attempt went poorly. When he realized his 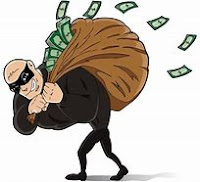 victim was not going to cooperate, he tried to shoot him. However, the gun did not fire. Puzzled, the mugger looked down the barrel and pulled the trigger again. This time, it worked fine.

A pair of aspiring robbers ran into a store, waving their guns around. One of them shouted, “Nobody move or I’ll shoot!” When his partner stepped toward the cash register, the first robber shot him.
In England, a rattled bank robber handed the teller his gun instead of the bag he brought to hold the cash. Startled when the teller pointed his own gun at him, he ran out of the bank, swiped a bicycle, and rode off.

We have all heard of the unthinking bank robbers who write their stick-up notes on envelopes with their own addresses or messages from their parole agents. When one potential criminal decided to rob a Bank of America, he used one of their deposit slips for his note. The line was long, and he began to worry that someone had seen him write the note and would alert the teller. So he went across the street to Wells Fargo, where the lines were much shorter. However, when he presented his note, the teller there told him she couldn’t honor it because it was written on a Bank of America deposit slip, and that he would either have to fill out a Wells Fargo slip or go back to Bank of America. Frustrated, he went back to Bank of America and was in line awaiting his turn when the police showed up. 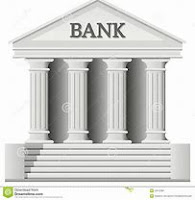 Another quick-thinking teller insisted that she could not hand out money to anyone who did not show her an ID, and if he wanted her to fill his bag, she needed to see it. He complied, pulling out his driver license. She filled his bag and he left, but of course she had memorized his name and address.
Someone robbing a liquor store had a similar experience. The clerk took a bag and filled it with the content of the cash register, but when the robber asked for a bottle of Scotch to be added, he balked. He said the robber didn’t appear to be 21, so he needed to see an ID. He could lose his job if he gave alcohol to anyone underage. The robber pulled out his driver license. The clerk agreed that it showed he was over 21, so he put the Scotch in the bag. Of course he, too, had memorized the robber’s name and address.
A British client went into a bank to change the address on his account. While there, he saw the money in the drawers and formed the brilliant idea of robbing them. He came back a half hour later, disguising himself by wearing sunglasses and putting socks over his shoes. The disguise didn’t fool anyone, and the staff recognized him as being the person who had just given them his new address.
Another enterprising male robber tried to pose as a woman to rob a bank. He put on a blond wig and fake breasts, but he failed to shave his dark mustache. Once again, the staff was not fooled by the disguise.
Not wanting to spend too much time in the bank, one would-be robber called ahead and asked for

Locked safes have been known to confound thieves. A thief with no principles broke into a church and stole its safe. But safes are heavy. He dropped it in the side yard of a nearby house and set about breaking into it. The owner of the house, a police officer, saw what was going on and intervened.
A Chicago robber demanded the employees of an auto repair shop open the safe and give him the contents. The employees convinced him that only the manager, who was not in yet, could open the safe. The robber gave them a phone number to call when the manager got it. They did, and when he showed up, the police were waiting for him.
Have you heard of an incident when a would-be criminal didn't think through the consequences of his attempted crime?

So funny! The one about the safe being heavy brought to mind one of my favorite scenes from the movie The Jersey Boys. Crime may or may not pay, but it can be humorous! Ya gotta wonder. Fun post, KM.

LOL! I love stories like this! Criminals aren't always the sharpest tools in the shed. Thanks for the laugh!

I know some people got shot during these fiascoes, but I have to laugh. Thanks for the lift!! A local thief tried to either hide or escape in a heating vent pretty recently, but got stuck. Oops!

Thanks for the laugh, which I needed badly.

If these crooks had been more intelligent, they might have been able to make an honest living. Lots of laughs.

I loved this so much when I edited it. It's not the first time I've read of other stupid criminals before in my local newspaper. It's always good to have something to laugh about.

I had a great time researching this!

I've known some criminals who have done pretty dumb things (like buying drugs from a undercover cop in the bus station on their way home from prison with their gate money, meaning they make it from state prison to county lockup in a few hours.