The Lady Vanishes by Ethel Lina White: A Review by Warren Bull 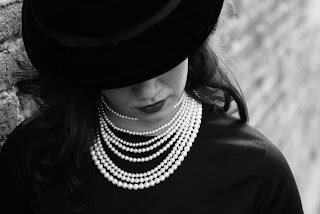 The Lady Vanishes was published in 1936 under the title of The Wheel Spins. In 1938 Alfred Hitchcock’s motion picture version of the novel had the title The Lady Vanishes. The film was such a success that the movie title has been used ever since. The film is correctly regarded as a classic. I recommend you watch it or watch it again. However, the novel is quite different from the movie.
A great deal of the novel concerns the inner thoughts of the characters. The heroine, Iris Carr is presented at first as a thoroughly unlikeable character. She is an orphan of independent means. Her mother died giving birth to her. Iris was passed from relative to relative without finding anyone who truly loved her. When the novel opens she and six people, none of whom is truly a friend are on holiday in an unnamed European country ruled by a dictator. The author shows that Iris appears to be, “…a semi-Society girl — vain, selfish and useless.”

However, Iris actually has a good deal of compassion. In addition, she feels momentary self-contempt and dissatisfaction that she quells through the noise and activities of people around her. Others in the group play out their fantasies, bribe the staff for favorable treatment and irritate the other guests in the hotel. Iris does not but she is so much of the crowd that other guests cannot distinguish her from the others. The author hints that Iris provides the money that powers the traveling circus of “friends” who surround her.

Iris has partial awareness of the real situation. She feels betrayed when Olga, one of the crowd she feels slight affection toward, accuses her of trying to steal her husband, Olga neglected him while seeking her own pleasure with other men. Iris intended only kindness toward a man in a difficult situation but he fell in love with her. She stays behind while the others leave.

Her efforts to enjoy herself alone lead to her getting lost while on a wilderness hike. Iris knows only a few words of the local language, having relied entirely on one of her group. A local man tries to help. However, he is unable to explain that her version of the name of the village she wants to return to could refer to any of three villages close by. She finally follows a honeymoon couple staying at her hotel. She arrives exhausted and rebuffs efforts of other guests to be friendly. Iris suffers sunstroke and nearly misses the train that will carry her on her first step toward home. A conductor tosses her and her luggage into an already crowded passenger car.

Iris is confused and disoriented. A governess returning to England after working for the dictator’s family helps Iris with the local money and provides someone to talk with. Iris is well aware of her higher social status and greater economic resources. At first grateful, Iris becomes bored with the woman and her chatter. Iris falls asleep on a bench next to the woman. When she awakens, the governess is gone. As time passes and the woman does not return, Iris grows increasingly worried about her. I strongly recommend you pick up the book to see what follows.

White created a protagonist who I disliked but rooted for, which is a tribute to her skill as an author. I think the heroine was much more interesting as a highly flawed human being than an ordinary woman in distress would be. The author wrote a suspenseful novel that builds to the climax without a single misstep. I guessed correctly what happened and why, but that did not diminish my enjoyment of the book.
Posted by Warren Bull at 12:00 AM

This sounds wonderful, Warren, I have not seen the movie (or if I did, it was long ago and I've forgotten it) so I have no preset notions, but I want to know what happens next based on your descriptions. Does this mean another trip to Amazon for me? Most likely!

Interesting book--what was the language like, Warren? Books of that era can be full of stilted dialogue and a narrative so esoteric I can't wade through it. But your description makes it sound like a good read.


Warren, it sounds like another interesting book. I just bought a I just bought a 1929 version of C.K. Chesterton's book THE INNOCENCE OF FATHER BROWN at one of six book stores in the town of Hancodk, N.Y. It's 12 short Father Brown stories, and much more money than I normally would spend on a book, but I do love the Father Brown TV series even though the TV series is only based on Chesterton's books and is much later in the 1950s, I think.

It's a wonderful title and I remember a recent tv re-make of the movie. Another interesting review!