Nothing Can Rescue Me by Elizabeth Daly: A review by Warren Bull 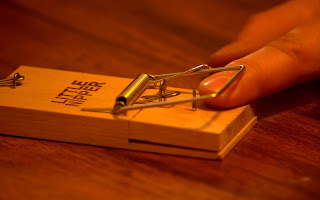 Nothing Can Rescue Me by Elizabeth Daly: A review by Warren Bull

Nothing Can Rescue Me was published in 1943. Elizabeth Daly was a prolific and popular author during the Golden Age of mystery writing. Her detective, Henry Gamadge, was called, “The American Peter Wimsey.” Agatha Christie was one of her biggest fans. The author considered the mystery novel at its best to be a high form of literature. She did not start writing mysteries until she was past sixty.

It will come as no surprise that the novel takes place in an elegant country estate where a collection of family members, friends and servants gather around a wealthy matriarch. Unlike many novels of the time, the setting is America. Gamadge is called to investigate when a series of ominous messages appear typed into the manuscript of a novel Florence Hutter is writing. One guest fears evil spirits were unleashed unknowingly by the Grande Dame, herself, when she used an Ouija board.
There is a maturity and well-honed ease in the writing. The basic plot avoids becoming yet another cliché by the craft of the writer. It is written for an educated audience. I had to look up three terms in the dictionary. In fact, in another book by this author I was unable to find the meaning of two phrases she used. A comparison with Agatha Christie is not unreasonable.


I enjoyed the book. I recommend it, but not as highly as books written by the Christie or, for that matter, Sayers. If the author lacks the genius of those two, what author does not?
Posted by Warren Bull at 12:00 AM

She sounds like an author worth looking up. I love the classic mysteries the way some people love old films. Thanks for the tip.

I'll keep Daly in mind. Sayers has always been my favorite, especially The Nine Tailors.

I love Sayers, too, Margaret. Have to admit, though, I'm intrigued by an American locked-door mystery.

Very intriguing, especially the US setting!


Sounds like another good one to read, Warren. Especially since I love Dorothy Sayers.

An author I don't know that I've encounter. Like everyone else, I'll have to look her up and see what I can find.