You Can’t Wait for a Muse to Write By R. Franklin James 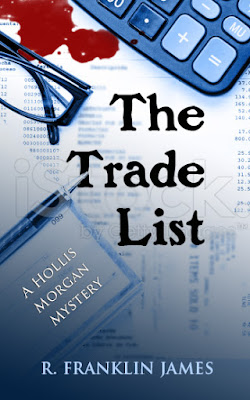 There is a lot of talk these days when looking at how to live the optimum writing life about the importance of social media and the decision to self-publish or take the traditional publishing route, without keeping in mind the imperative to sell, sell, sell.

Books hit the shelves or the Internet in rapid fire, some good…some not so good. Reviews have taken on a “who do you know” feel of a popularity contest, and less about an honest commentary on substance and entertainment. It is a tale of two cities redux.

And yet, writers must have the courage of their convictions that words and the joining of words into sentences and the melding of sentences into paragraphs and the linking of paragraphs onto pages will produce a book that we hope will entertain, educate and just maybe take the reader on an enjoyable journey and make a difference.

Because at the core of it, and the very base of our being writers are idealists with an incessant urging to get our thoughts and stories onto paper, out of our heads and into the hands of people we want to reach. And we want to reach them through plotting mysteries.

But what about that muse?

Our muse is always with us; except for the times we ignore her presence. We may struggle with conjuring up the right word or the next scene, and beg that she appear. She looks at us in amazement because she has never left our side. Our muse is our imagination; she is the free flow of ideas that pour out of our fingers and onto our keyboards. If we hit a wall or become blocked it is likely because we are trying too hard.  The quickest way to turn our back on our imagination is to “think” about it. Stuck? Then take a few minutes to get up and walk around, or step outside or watch some inane show on the TV. Still stuck? Then talk to your protagonist. Ask him or her what’s going to happen next? Who’s going to walk through that door, or cause the phone to ring, or send a letter in the mail? Try to imagine the unexpected, and let your imagination kick-in.

Still stuck? Then write a few words about why you feel stuck and what could be the cause. The idea is to prime the imagination pump. That is how our muse talks to us.
It is not enough to say: I’m blocked; I don’t know where my story is going. I’m blocked... I’m blocked, I’m….

It’s not about your story; write your protagonist’s story. Or, maybe write the villain’s story. Write the murder scene or, maybe write the end. Here’s the thing, you’ve got to climb over that block and not let it stop you. Stay with the habit of writing—anything.

Getting back to the optimum writing life, social media whether for self-published or traditionally published authors is irrelevant. First, you must write a good book that grabs the reader and won’t let them go until the very last page.

Social media guru, or Internet nerd; the key is not to stop writing, even if it’s just a paragraph. Write every day and that muse you’re desperately seeking will find you.

R. Franklin James grew up in the San Francisco Bay Area and flourished in a career of public policy and political advocacy.  In 2013 the first book in her fan starred Hollis Morgan Mystery Series, The Fallen Angels Book Club, was released, followed by Sticks & Stones, in 2014. The third book in the series: The Return of the Fallen Angels Book Club came out in 2015. Book four, The Trade List, is scheduled for release in June 2016. James resides in northern California. For more information please visit:   www.rfranklinjames.com.

Sorry for the delay in responding. After reading your post, I had to go buy The Fallen Angels Book Club. What a great premise. Can't wait to dig in.

Now, back to your post. Excellent advice. Although in times of great stress, I have found that the muse runs and hides, I've also found that while it's gone, it's really cultivating new ideas to share when it returns. One of my favorite stories is of an author who when asked about writer's block shot right back at the interviewer with a comment about asking a plumber about plumber's block. "This is what I do," she said. "I write."

Good post, and I agree with it even though some days I have no time to write, but even on those days my brain is still perking with ideas. On the days when I'm writing sometimes I'm not sure where the next chapter will go even though I know what characters will be the major character or characters of that chapter, and when I start writing, they take over on their own and the chapter just flows.

I'm spending the weekend weeding, dragging my muse along to plot a short story. What a great combination.

A muse likes to be wooed, not interrogated.

You're so right that it's the protagonist's story, not the the writer's.

I'm more likely to be paralyzed by indecision about which project to work on than to "run out" of ideas. And I do find that sometimes I just can't concentrate enough, esp. in the last two years when I've had health problems.

But the need to write is compelling. And once something's written, the desire to share it is very strong.

Adore the title - The Fallen Angels Book Club! Thank you for stopping by WWK and sharing your advice. Good stuff.