The Moonstone by Wilkie Collins: A Review by Warren Bull 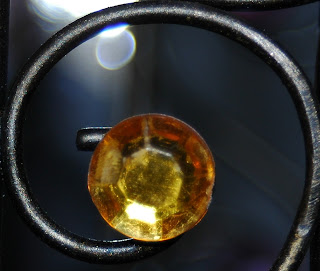 Generally considered the first mystery novel, The Moonstone, written by Wilkie Collins was first available as a serial in Charles Dicken’s weekly magazine All The Year Round. It was published in three volumes in 1868. It was described on its title page as A Romance. Years passed before the words A Detective Story came into use.

It is impossible to read with the wonder and excitement of readers of that time. We are today well acquainted with aspects of the novel that Collins invented and presented for the first time.
Nevertheless, it remains a rollicking good story and a pleasure to read. Collins settled on telling the story through first person narratives of characters, which witnessed a part of the whole. Each character is unique. By the story telling, readers gets a firm grasp on not only one part of the tale, but also the personality and beliefs of each individual. Collins is able to add humor and color by the variety of narrators.

Long before the “rules” of mystery writing were codified, Collins played absolutely fair with his readers. No character reports more than he or she knew. Clues are revealed as they occur.  If readers today do not find the events as shocking as the original readers did, it is because every mystery written after The Moonstone owes a great deal to the original. Despite the time it was written in — three years after the end of the American Civil War — The Moonstone comes across as almost a modern work.

We may like our heroines a shade less virtuous and the pace of the action at a much faster tempo than in the work, but I recommend it highly. The Moonstone is worth reading not just as a historical work but also as a mystery on its own merits.

I first read The Moonstone in high school and have read it several times since. I got such a ick out of the character who was always passing out religious tracts!

I know I need to go back and read classics, like Moonstone, but there are so many wonderful new books to read I doubt I'll go back to read these old milestones of the past. I'm glad to have an index to them through your blogs, Warren. Of course, were they to become available on Kindle, I may change my mind. Something to research today!

Very interesting. We need to stay in touch with our roots.

This is one of my all-time favorite books. Mr. Betteredge (sp?) is probably my favorite character, too :-)

OK, I have heard of this one and I promise I'll read it.

EB Davis, The Moonstone and many other classics are available free on Kindle:
https://www.amazon.com/Moonstone-Wilkie-Collins-ebook/dp/B0084AYI92

Warren, I'm pretty sure I have this book somewhere, but I've never read it. Maybe I should dig
it out after I catch up on all the books I bought at Malice.

Oh, Warren, one of my all time favorites. And it does feel modern, doesn't it?
The woman with the tracts - what a scream. One of the many pleasures of The Moonstone is the humor. A great read.

I'd never heard of this book, but you have made me want to read it.