Six Against the Yard by the Detection Club: A review by Warren Bull 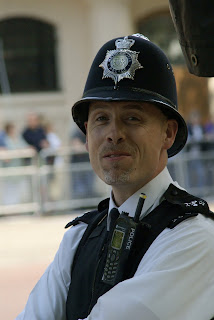 Six Against the Yard by the Detection Club: A review by Warren Bull

Six Against the Yard is another work by members of the Detection Club. In this case the authors are Margery Allingham, Anthony Berkeley, Freeman Willis Croft, Father Knox, Dorothy L. Sayers and Russell Thorndike. Published in 1936, each of the authors wrote a short story intended to show a perfect method of committing murder. Following each story Ex-Superintendent Cornish, CID gave an account of how the fictional perpetrator might have been discovered by intelligent police investigation.

It is a clever concept for a book and the result fully justified my hopes. Cornish entered the contest with unfailing good humor and wit. His responses read as well as the stories.

I didn’t find any evil scheme that would inspire me to use it if I wanted to consign anyone to an eternal dirt nap. Of course I have no such intention. It’s merely chance that the major irritant to my peace of mind no longer lingers in the background. The book was published in 1936. Surely the crafty Ex-Superintendent is no longer with us. Is he?

If challenged to devise a perfect murder, what method seems infallible to you?
Posted by Warren Bull at 2:00 AM

I would love to travel back in time and attend a meeting of the Detection Club. Can you imagine all the creative energy in that room! Alas, undetectable murder is so difficult in this day and age...or is it? I think, if you could stand watching the agony, feeding someone something that you knew would put them into anaphylaxis would work. Of course the exposure would have to take place somewhere far enough away from medical help that even if epipens or the like were available, the effect would have worn off.

Warren, this sounds like a great read. I wrote down the book to order. Kait, is right that it is harder today to get away murdering someone and making it look like it wasn't a murder.

Warren, my TBR is tottering!
It would be grand to attend a meeting of the Detection Club. Martin Edwards is the current president. I looked up their pledge for new members:
"Do you promise that your detectives shall well and truly detect the crimes presented to them using those wits which it may please you to bestow upon them and not placing reliance on nor making use of Divine Revelation, Feminine Intuition, Mumbo Jumbo, Jiggery-Pokery, Coincidence, or Act of God?"
I do!

That Detection Club sounds like it must have been something. I'd like to have been a fly on the wall at their meetings.