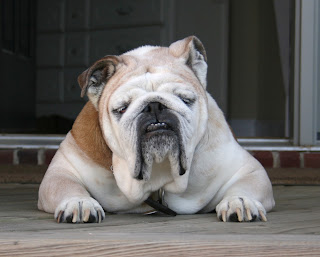 Captain Hugh “Bulldog” Drummond was created by H.C. McNeille who used the pen name “Sapper.” After the author’s death, the character’s further adventures were chronicled by Gerard Fairlie. There are also modern depictions of the character who has out-lived both of his earlier biographers.
In World War I Drummond learned stealth, fighting and, if necessary, killing skills that he utilized in his civilian activities.  Exposed to the cruelty of war, and finding civilian life insufferably boring, Drummond put an ad in The Times:  Demobilized officer, finding peace incredibly tedious, would welcome diversion. Legitimate if possible; but crime, if of a comparatively humorous description, no objection. Excitement essential. Would be prepared to consider permanent job if suitably impressed by applicant for his services. Reply at once Box X.
The reply to that ad brought him adventure and a wife.  The plots took off starting around 1920 for nineteen novels, four plays, twenty-three movies and at least two parodies.
Bulldog Drummond Stands Fast was published in 1947.  It was written by Gerard Fairlie who Sapper may have used as a model for the character himself.  When a beautiful young woman crashed through a window into Drummond’s home, thrilling times are afoot.  She quickly disappears but the action continues unabated.  There is a duel between Drummond and a mistress of evil with each side gaining and then losing control.
The writing was no better than you would expect but it kept me occupied and involved.  Chapters reminded me of old movies filmed in serial fashion with the hero facing death at the end of each reel, but the audience was comfortably certain the hero would survive so he could end up at risk in the next episode.


Anyone who enjoys the pulp novels of the times should enjoy this too. Would you enjoy this sort of book?
Posted by Warren Bull at 12:00 AM

Sounds like a fun series, Warren. Just the thing for a cold, rainy day. There is something appealing about the genre.

It would make a nice change, and I'd probably learn something about pacing in a chapter. On my list, with thanks.


Warren, it does sound like a series that would be interesting. A while back I ordered The Cornish Coast Murder by John Bude - a recent reprint put out by British Library Crime Classics. John Bude was a pseudonym of Ernest Elmore (1901-1957) who wrote thirty crime novels all of which are now rare and highly collectable, according to the blurb on the back. The
book's protagonist is Reverend Dodd, a vicar in a Cornish Village, and although Bude is not the creator of Father Brown, it follows the same theme although written in the same period as Dorothy Sayers Gaudy Night.

Another one for the TBR. Thanks, Warren!

Interesting character and series. Thank yo for reading them and giving us your thoughts.