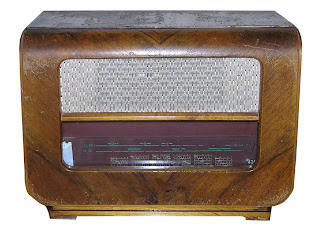 The material in this book went missing after a series of radio broadcasts in 1930 and serial publication in 1931. Its existence was discovered through the efforts of a publisher’s traveler who searches for relics of the criminal past through secondhand bookstores and old magazines. The Dorothy L. Sayers Historical and Literary Society were able to supply the text.

What a happy discovery it was. The broadcasts and publication were efforts of the brand new Detection Club in London to raise money to buy a place for the club. At the time the Detection Club included Agatha Christie, Dorothy L. Sayers, Hugh Walpole, E.C. Bentley, Anthony Berkeley, Clemence Dane, Ronald Knox and Freemen Wills Crofts who contributed to the book.  Other members were H.C. Bailey, G.D.H. Cole, J.J. Connington, R. Austin Freeman, A.E.W. Mason, A.A. Milne, Baroness Orczy and John Rhode. Club membership made up a healthy dose of who’s who among British authors during the Golden Age of mystery fiction.
Behind The Screen was presented as a series of radio broadcasts. Seven authors each read a chapter he or she had written. Then there was a competition for listeners to display their investigative prowess. For a cash prize, listeners would describe the death presented  over the airwaves as a suicide accident or murder, propose how and by whom the wounds were made and answer other pertinent questions.

In my opinion the concept was more interesting than the finished product. It is possible to see how different writers performed. It is worth reading although not as compelling as any of the authors’ solo works.

Dorothy L. Sayers presented her work as part of the whole.  She also made certain the project made sense overall and helped organize the work.

The Scoop was the second effort. It was broadcast with each writer reading his or her work on the project. Unlike the first attempt, the story was completed on the air, including the conclusion. Clearly, the second effort benefitted from experience gained during the first. Sayers sets the tone. Christie contributes sparkling writing. The other authors keep things lively throughout. I would be happy to read anything written by Sayers or Christie, including their shopping lists, so this was a real treat.

I've been reading older mysteries lately and finding them very well written as well as introducing me to new old words. Do you read classic mysteries?
Posted by Warren Bull at 12:00 AM

I used to read the classics, but I'm always looking for new authors and reading debut novels, Warren. I'm enjoying this blog series about the classics you are writing about.

I re-read Gaudy Night at least once a year. And I inserted a quick tribute to Busman's Honeymoon in a short story I'm revising.

Radio was such a wonderful medium for mysteries. The words were in your ear, but the stage was in your imagination. I remember being addicted to the re-runs of The Shadow that played for a while in the late 1960s on an AM station (who remembers AM as the mainstream band- raise your hand). I do love the older mysteries, Nero Wolfe, Lord Whimsey et al., but I don't read them often, mostly when I come across a copy in a second hand bookstore. They satisfy, and the vocabulary range is amazing. Seems the earlier writing (and not just mystery) aimed to be entertain and educate. Different concept today.

Yes, I love the Golden Age mysteries, too, especially Dorothy L. Sayers. I loved her book that recently came out from a manuscript she'd started and an authority on Sayers, was given the rights to finish it. It was after Busman's Honeymoon. I also love P.G. Wodehouse and his silly light mysteries. As for radio, I still listen to radio more than I watch TV, but they don't have mysteries on them anymore, not like when I was a kid. The only show that seems to have stories anymore, and they are humorous, is Prairie Home Companion, something I look forward to every Saturday night.

Oh, how I love the classics! I go through phases. My last was reading the Gervase Fen books by Edmund Crispin.

I read classic mysteries, but my TBR list is so long, I have a tendency to skip them. I do appreciate my mystery book club, since every couple of months the read is a classic. I'm reminded how much I enjoy them, and promise myself I will read more, but alas I fall behind again.