They Said What? Crafting Dialogue in Historical Fiction by Suzanne Adair


As an author of historical fiction, I deal with a special challenge that writers of contemporary fiction don’t face. Only within the most recent century of human history have we preserved recordings of speech. An author who writes fiction set in that time period can capture dialogue accurately. However the rest of us must take liberties and make assumptions when crafting our characters’ conversations. Here are the ways we do it. 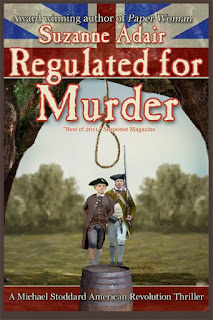 Although linguistics experts agree that humans don’t speak the way they write, some writers simulate dialogue by duplicating the way people wrote their personal correspondence, such as letters and journals. Using this method, a character from King James I’s England would talk in big, windy phrases filled with “thees” and “thous.” The speech would be lush with alien terms. Familiar words would be spelled in bizarre, inconsistent ways. Capitalization would look random. The result would slow the story pace and kill the interest of many readers. And since many people of King James’s time were illiterate, the writer would only be representing the expression of educated people.

Obstacles like these convince other writers to swing the opposite way in constructing verbal communication for historical fiction. They avoid the snarl of “thees” and “thous” by inserting modern speech, complete with slang, in their characters’ mouths. They assume that the dialogue will be so familiar to readers that they’ll glide over it. In practice, however, this approach can jolt readers out of the story. When you’re reading historical fiction, you want to be immersed in the exotic world of a story set in the past. Even a reader who doesn’t have a degree in history knows that a couple of Regency rakes prowling London brothels together wouldn’t call each other “bro.”

Many historical fiction writers, including myself, adopt a sort of middle ground. They use dialogue patterns that are mostly modern, but they avoid modern slang and anachronisms. They also incorporate period slang and terms in a manner that helps readers understand meanings from context. The idea here is to avoid having the pace stall while keeping the reader immersed in the fictional world and conveying the flavor of what conversation from a past era might have been like. Achieving this balance is tricky. We’re equipped with a vocabulary suited for the 21st century. To successfully craft dialogue from this middle ground, writers must develop an internal detector that flags anachronisms and modern slang. They must also enlist a team of early readers to help them do the flagging. Access to a dictionary that shows when words entered the English language is essential.

To learn what style of dialogue readers actually prefer, I queried readers on LibraryThing several summers ago. Most who responded preferred the middle ground. “Too much reliance on antiquated ways of speaking makes it hard or annoying to read, but slang and words that are clearly modern take me out of the book,” commented one reader. Another observed, “If the author is trying too hard to sound period, it just sounds contrived to me.”

These readers also volunteered insights into what makes conversations among historical characters resonate as authentic. While writers might believe that regional dialect contributes to the period ambiance, readers say no, that heavy use of dialect distracts them from the novel’s flow. Also, writers who devote research time to understanding a culture well enough to craft believable insults and jokes usually produce believable period dialogue.

And readers enjoy conversations that sound “timeless.” Here we aren’t just talking about dialogue that’s suitable for a specific historical period, but dialogue that’s crafted well enough to be understood a hundred years from now, without a slang dictionary. That’s a tall order for all novelists, regardless of when their fiction is set. 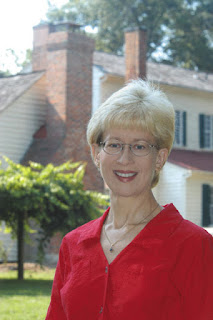 Award-winning novelist Suzanne Adair is a Florida native who lives in a two hundred-year-old city at the edge of the North Carolina Piedmont named for an English explorer who was beheaded. Her suspense and thrillers transport readers to the Southern theater of the Revolutionary War, where she brings historic towns, battles, and people to life. She fuels her creativity with Revolutionary War reenacting and visits to historic sites. When she’s not writing, she enjoys cooking, dancing, hiking, and spending time with her family. October 2015, look for the release of her next Michael Stoddard American Revolution Thriller, Deadly Occupation.

Thanks for the guest opportunity. Happy Fourth of July!

I am a complete supporter of the middle ground. If I catch jargon or a figure of speech I know was not possible (“that train has left the station” before trains were invented) my enjoyment of the book declines a lot. A couple of those blunders and no matter how good the story, I am on to another book.

Yet, I have no patience for a story written today that causes me to continually scratch my head, either because of obsolete misspellings or too many words no longer in use.

Thanks, Suzanne, for a very interesting blog. You raise excellent points about keeping a work authentic to the period it is set. I had a friend who wrote as Elizabeth Mansfield. She had really been careful about the same thing. Twenty years ago, I thought it was interesting that she would never use a word that wasn't in use prior to the Regency period, the early 1800s. A modern term would really pull you out of a story.

Happy 4th all. Suzanne - your books are all about how we got to the 4th, bet you are re-enacting today. Have a great time! Period perfect language is so hard to write. You do it like a pro. It is a pleasure to read your books.

Hi Suzanne, I appreciate the care you and other authors take to keep us in the story. Your example about two Regency rakes calling each other "bro" was perfect. If this care isn't taken, the time period becomes simple costume play.
Happy Fourth of July to you, too!

I like your approach. In your middle ground theory, there's just enough period color to keep us in the time (for instance, wives who address their husbands as "Mr. Whoever") but not so out of date that we have to stop to decipher what is being said. Modern slang and references pull me right out of the story. The last thing an author wants to do is make the reader stop reading!

Happy (and thoroughly rain-soaked) 4th of July! The Gettysburg fireman's carnival has been cancelled due to weather, and the re-enactment has been rescheduled.

Interesting blog, Suzanne. I was never pulled out of your stories which shows what a good job you do writing period pieces. Keep up the good work, and Happy Fourth of July. Unlike where KM lives, I'm having lovely weather with finally no rain. Perfect for finally working in the garden.

Hi James! Sometimes when I encounter anachronisms like your "train" example in a historical, it throws me out of the story completely. Adios, suspension of disbelief. I, too, move on to something else. And believe it or not, you can throw readers out of a science fiction story with phrases that sound too much like a specific place and time. Thanks for commenting.

Grace, thanks for your comment. I understand exactly where author Mansfield is coming from. In my case, I strive to stay away from words that entered the dictionary after 1800. I think that readers sense when a word is even 50 years too late, and it creates a little bump for them.

Hi Kait! Thanks for the kudos. Yes, I was reenacting earlier today, and it got rained out, so now I'm headed to a party with fireworks that may also get rained out.

Hi Shari! Thanks for the great point about "cosplay." It sounds like you've read a few of those. So have I -- and I don't get very far into them.

KM Rockwood, our 4th of July reenactment event got rained out, too. So sorry about yours! And these days of shorter attention spans, we don't need to give readers any reason to put our books down -- like anachronistic dialogue.

Gloria, thank you for the praise. Have a wonderful 4th!