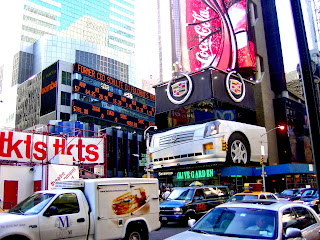 Pope Francis, known for his humble attitude, has added a new “popemobile” which is reportedly a Hyundai, rather than a Mercedes Benz, which was favored by prior popes.

A Texas teenager went missing while kayaking along the coast of Honduras.  He was found 18 miles off the coast and returned safely to his family.

San Diego police broke up a crime ring that reportedly stole approximately $15,000 of Legos.  Apparently there is an active black market in plastic blocks.

There are reportedly 62 Lego bricks for every person on earth; there are more Lego figures than people who live in the United States.

As many as 10% of sales of Legos are to adults who want them for themselves.

High school teacher Nat Ellis sold his collection of 1,139 fast food restaurant toys, which he collected over the course of 25 years to help buy a special wheelchair that goes off road for a 4-year-old boy who cannot walk but loves to play in the mud.  The person who bought the collection returned it to Mr. Ellis so he can sell it again.

Cesare Cata, an Italian teacher gave his students a list of 15 things to do as homework this summer

Four tourists were freed from a Malaysian jail after serving a three-day sentence after they pled guilty to an obscenity charge for posing nude on a Malaysian mountain.  They will be fined and sent home.  Some Malaysians blame them for causing an earthquake.

I’m tempted to ask if the earth moved for you too, but in stead I’ll ask if you have interesting news to share.
Posted by Warren Bull at 12:00 AM

I am still laughing about the nudity causing an earthquake so that's what I'm blaming my typos on. Very good Warren. What a fun post.

Now I don't feel so bad about playing with my kids' Legos!

I read about a squirrel that was detained by German police for stalking a woman. I know--it sounds nuts.

What a fun blog, Warren. I heard about the Legos heist. As for new news, I just got home from a week of camping where we had a week free of news - no TV, no radio, no newspapers. I'm trying to catch up now.

I like the assignments the teacher gave his students. If the kids did even a few, they would have a better summer and outlook on life.

Daniel Palmer, 26, was arrested in Miami Beach after he returned to the scene of his crime to berate his victim, a NY tourist, from whom he had snatched a "fake" necklace at gunpoint. He got away, but, feeling cheated, he returned to confront the victim, who was being interviewed by local police. The victim pointed out Palmer's car, and the arrest was made.

The intelligence of the average stick-up artist is not very high, which is why they get caught and tossed in jail.