WRITE WHAT YOU KNOW: A VARIATION 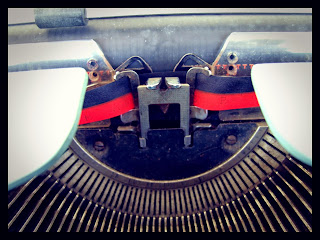 Write What You Know, a Variation on the Theme

For a long time I have wondered why — Write What You Know — is the most common advice given to people who are new to the practice of writing.  It’s not bad advice. I don’t disagree with it, but I’ve never thought it was particularly helpful.

Unless your career is in law, journalism or law enforcement, your profession may not tie into mystery or suspense easily.   That doesn’t disqualify anyone from being a writer, but if your field is computer programming, carpentry or whatever, it’s not clear what to do next.

After mulling it over for some time I have decided that a variation on the theme would be helpful.  Although it is usually better to frame advice in a positive way, I think rephrasing the statement into the negative is a more helpful way to advise aspiring writers.

Don’t write what you don’t know.  Is there anyone who disagrees with that statement?  After that there is a corollary piece of advice. If you want to write about something you don’t know well, learn about that something before you start writing about it.

My novels take place in Illinois and Kansas during the 1840s and 1850s.  I started by knowing almost nothing about the time period.  There wasn’t anyone around who knew about it by living through it.  There were, however histories and, much more helpful, there were documents written by people who lived at that time.  Letters, newspapers and diaries were great sources about how people thought and felt. I can not over-emphasize the importance of seeking primary sources.  Every historian or commentator starts from a point-of-view.   Even attempts to present information in a non-biased way, cannot be completely successful.

I have written two novels about Abraham Lincoln.   I relied heavily on documents written by Lincoln.  Historians debate any number of things about the elusive “real man” behind the icon.  I have my own ideas about the issues. For example, in one of the Lincoln-Douglas debates Lincoln made a statement suggesting that women would be able to vote in the future.  Some historians apparently feel the statement was a joke he made.  Others seem to think he was making a statement about the equality of men and women.  Personally, I think it was both.  By the time of the Lincoln-Douglas debates, in my opinion Lincoln no longer told stories only for entertainment as he had earlier in his life.  I believe he used humor in a masterful way manner to bring up issues and concerns that would have been startling or controversial if addressed directly.

So, that’s my version of the advice.
Posted by Warren Bull at 12:00 AM

Research can certainly help, and primary sources are invaluable. We wouldn't have any historic novels or science fiction if authors stuck strictly to writing what they know.

The internet makes a lot of research so much easier, especially fact-checking.

Having access to people who are very familiar with times and situations is very helpful, too. One of my sisters, who spent several years working in the French archives studying women's education in France in the 1800's, was frequently consulted by one particular author who wrote historic fiction of that era. And in one book I needed to have a buried body discovered. The culprit had buried it at a bridge construction site, where he thought it would soon be covered by tons of concrete and steel. I turned to my daughter, who was working at a bridge construction site. She told me all about erosion control and silt snakes, plus the inspectors who could show up and stop work if the killer didn't get the silt snakes replaced exactly right.

A lot of my writing is faction, that is, a combination of what I know, what I research and my imagination. I think you can never go wrong if you write with your heart and your head.

We're talked before about how historical fiction needs to be accurate or readers can hurl books across the room in disgust.

There are places where pure imagine can run without constraints: fantasy comes as do the fictional towns and cities some authors choose for setting.

I agree with you, Warren. You've obviously done a good job of research to make your books ring true. I don't write historical fiction, although there is one middle-grade book I started and may finish that takes place in the early years of Hiram, Ohio history. I researched the history to teach my third grade classes about the early settlers and what life was like then. I may get back to that book someday in my spare time.

I always thought the "write what you know" ideology was limiting, and I think that saying if you don't know something, you can write about it, but research it, is pretty good advice.

When it comes to write what you know I've always said write what you're interested in. Sometimes beginners will try to write something they know nothing about because they don't really care about it, but they like the way it makes them look. I've tried to write contemporary plays constantly, but they're never finished because I don't care about this reality. I think it's far more important to pick subjects that you care about than ones you are already informed on--especially because it'll help encourage you to do research.