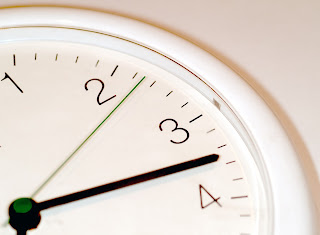 As I write this on May 19, 2015 the Kansas City Royals have the best record in major

league baseball, 27 – 14.  Part of the reason for their success is that the club took a chance on two

players that other teams did not pursue.

Kendrys Morales has played in the majors off and on starting in 2006.  He became a starter

had just hit.  He landed awkwardly, injuring his ankle.  His recovery took some time.  He did not play

until last year when he was picked up after the season started.  Morales did not have spring training.

He tried to get his form back during the regular season with disappointing results.  By the end of the

year his game improved. He helped the Seattle Mariners during the pennant race.  Although other

baseball people thought Morales would never reach the level he had before his injury, the Royals

invited him to spring training and gave him time to work on his skills.
He was given a spot on the roster.  At this point he is hitting at a 305 clip and has the most runs batted in of all American League players.  In the last game he hit two home runs.  He celebrated quietly.  Maybe the Royals thought he was persistent based on his history.  Morales escaped from Cuba on his eighth attempt.
Pitcher Chris Young became a starter in 2006.  He was very successful until 2009 when he required surgery to deal with an injury.  He had a series of physical set backs over the following years.  Last year the Seattle Mariners used him as a relief pitcher when injuries plagued their starters.  The manager described his as “a godsend.”  Despite this, Seattle did not ask him to their spring training.
The Royals were the only team to offer him a chance.  He came to spring training and impressed the management so much that they offered him a contract.  They sent a rookie pitcher who had done well in last year’s post-season to the minor leagues to make room for Young.  This year he has a 4 – 0 record thus far as a starting pitcher.  Last night despite not having his best stuff he pitched six scoreless innings.  His earned run average is .78.  Young saw Morales while both players were part of the Seattle ballclub. Young said he was not surprised at Morale’s performance because he was impressed by the hard work Morales put in to improve his game.
Was it nice for the Royals to offer the two players a second chance? Of course it was.  But the chances did not come from kindness alone.  Both players had a history of success.  Both had shown persistence in their willingness to rebuild their physical strength and game skills.  It has turned out to be as good for the team as it is for the players.  Popular opinion is that the Royal’s appearance in the World Series last year was a fluke.  Few commentators picked the Royals to make it to the postseason this year.  They may have overlooked the team’s, uh, kindness.
Second chances help the recipient. They can help the giver too.

Thank you for the inspirational message, Warren. The Royals are to be commended for realizing the true worth of these players and giving them a second chance.

I don't know diddly about sports, but as Grace says, all of us need a second chance at one time or another. There are a lot of hard and improving lessons in failure. It's grand when someone else realizes that the failure has made you stronger and better and takes a chance on you. Well done, Warren.