A Dialog Exercise (A 12-Step Program) 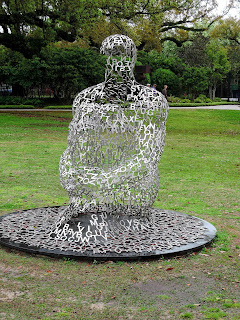 Earlier this year on one of the listservs I follow (I can’t remember which one or I would tell you; maybe one of the commenters will remember the thread?) well over half the people who responded to a question about their writing skills indicated the best part of their writing was their dialog.

And gosh, doesn’t it shock you that my knee-jerk reaction to the question was that the best part of my writing is dialog? In retrospect, I’ve come to a different conclusion, which I’ll give at the end. (Those of you who have read my novels, what do you think I do best?)

Much of the dialog I read in poorly written books fails miserably for two reasons: lack of tension, and too much filler having nothing to do with the conversation or argument or whatever is going on in the scene.

Here’s an exercise to hone a scene of dialog:

Step 1: Make a copy of your current scene.

Step 3: Pick a few of the lines and read them aloud. Pretend you don’t know what is going on in this scene; would a reader know which of your characters is speaking without any attribution clues?

Step 4: Still using only dialog, consider whether you can insert speech patterns or vocabulary or other clues to help the reader know who is speaking without attribution.

Step 5: Temporarily add a “said” attribution to any line that is not clear. [Our example would become “How dare you?” Jane said. “Don’t you ever say that to me again.”

Step 6: Now read the dialogue and mark any questions followed by direct answers. We rarely answer people’s questions directly – particularly if we are somehow in opposition to the other speaker. We have our own agenda; we mishear questions; we delay giving answers when we know the other person isn’t going to like it or it makes us look bad; we lie; we have history together that means a question might mean something entirely different from the mere words.

If at all possible, eliminate the direct Q&As. [Remember it’s all still dialog at this point with a few attributions.]

Step 7: Read your opening lines. Does the reader care about these lines? [“Oh Jane, good morning. Isn’t it a nice day?” “Yes, it’s cleared up so nicely after last night’s thunderstorm.” – If we must know about the nice day or the evening thunderstorm, find a better way than this.]

Delete dialog until there is something happening that is meaningful to the reader.

Step 8: Repeat step 7, now looking at closing lines. It is rarely necessary for two characters to close a scene by wishing each other a nice day. If you can find an earlier line that carries with it foreshadow or seeds of a future concern or implication of unresolved conflict, try ending your scene there.

Step 9: Reintroduce beats (actions, descriptions, internal thoughts that break up the actual dialog), but with a purpose. (1) Look for places where a beat can do double duty: provide attribution and something else (a bit of scene setting, a titch of self-reflection, an observation about the other character {thereby characterizing both characters at the same time!}) (2) Introduce beats that provide tension. {“Barbara, will you marry me?” My confidence puddled around my ankles as she stared at the portrait of her father.} (3) Introduce beats to purposefully slow down the action if a scene is rushed. 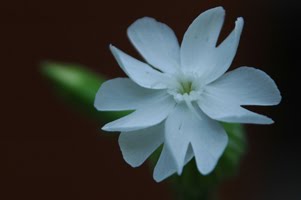 Step 10: Remove stage directions whenever possible and any attribution that is now unnecessary. With the work done in the previous steps, most attribution will be unnecessary.

Step 11: Read your scene aloud. If you stumble over anything or notice something not right, fix it.

Step 12: Compare to your original scene. Better, isn’t it?

Oh, and although I do think I do dialog well, the aspect of writing I think I do best are scene openings and closings. We’ll see if the commenters agree.

Interesting approach, Jim. I'll try this on my WIP. Thanks. I'm always glad to have a new way to look at my work.

We all learn and work differently. I like trying different things, some of which are helpful and others (that some swear by) don't help me at all. I hope this is one that works for you.

I have not read about this approach before. Did you develop it?

This is an interesting approach. Actually, the exercise sounds like my first draft of dialogue. I have to go back & put in the tags & the beats, since I usually start out with a page or two of straight dialogue.

Jim, I've read your books, and I think your dialogue is quite effective. So are your scene openings and closings.

Your opener for Cabin Fever was extremely effective!
I'm with Warren. This is a great approach that you have developed. I'm going to keep it handy as I work on my WIP.

Warren -- Don Maass has an exercise where he strips out everything except for the dialogue itself. Then he has you play with that (make the characters trade insults, make it a rapid-fire exchange of no more than five words per line) and then rewrite your scene.

I took the strip everything idea and then built my steps from there.

BTW -- I think Don's approach can, indeed, help make a blah scene memorable. But I've found this works well for me.

Hi Jim, or should I say, hi Jack, because that is just what I did. I cut and pasted the blog into a Word doc and printed it. Wonderful advice, and I intend to us it!

Great exercise, Jim. I will save your 12-step dialogue program and use it when I edit.

In addition to effective dialogue, I like the pacing of your books.

Terrific post, Jim, and very timely. I just received a comment from a publisher saying that some of my dialogue was a bit stilted. I'll use your technique to help improve it.