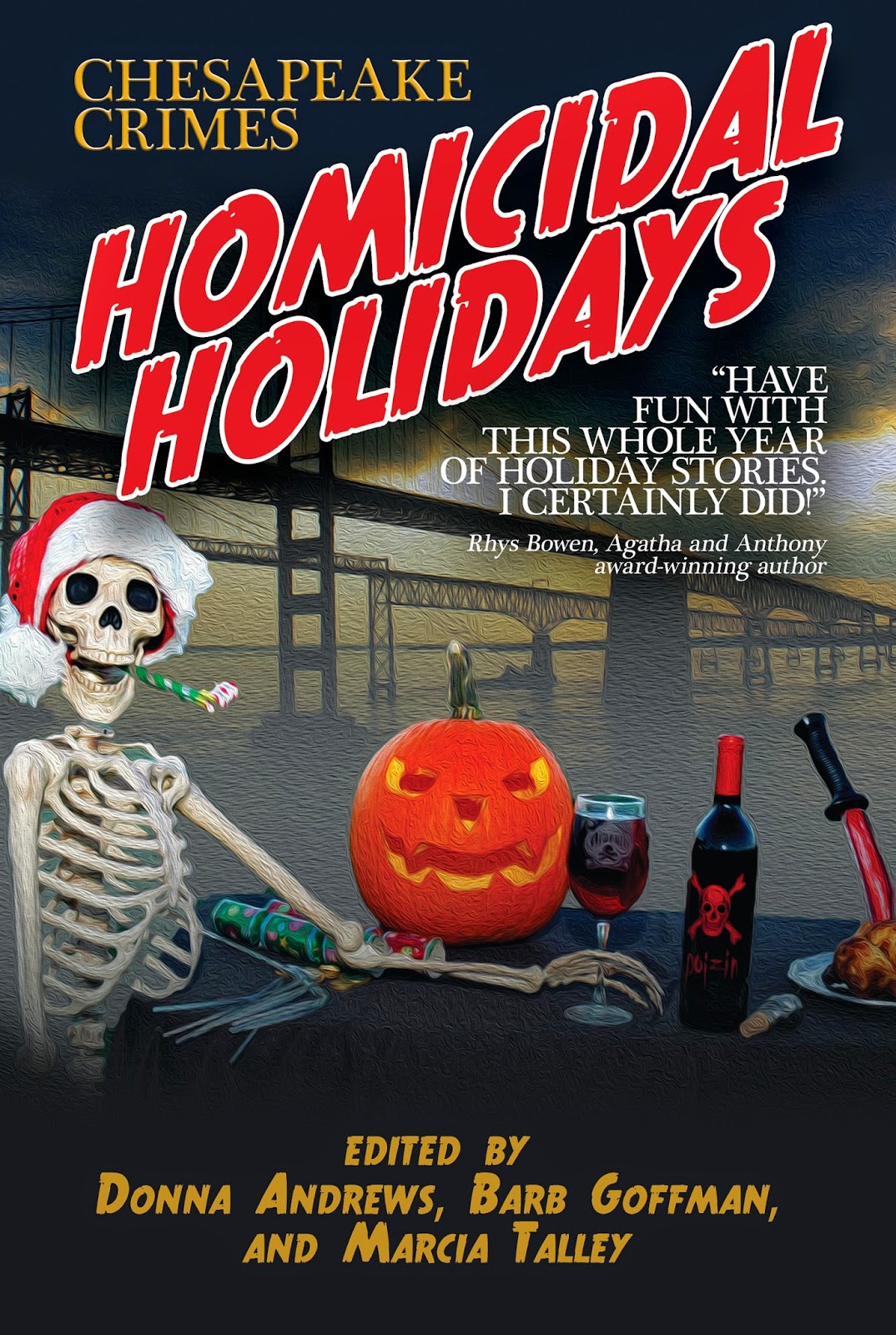 For those of you unfamiliar with Washington, D. C., Georgetown is a little colonial town-within-a-town on the Southwestern edge of the District. Shops line the main thoroughfares of Wisconsin Avenue and “M” Street, which runs parallel to the Potomac River a few blocks to the south. Pricey old town homes built of brick and plank edge the narrow streets. Georgetown University is located on the western perimeter uphill from the shopping areas. I gravitated to this area when in college during the 1970s as did many students. It felt like a safe harbor.

When the SinC Chesapeake Chapter announced the theme of homicidal holidays my thoughts took me to Georgetown during my college years. One morning after it snowed, I went to Georgetown. Having come from Pennsylvania, I had no fear of driving, my car clad in snow tires. I parked on upper Wisconsin Avenue and walked downhill toward the river. No cars traversed the street, and I realized that the snow was pristine. No tire tracks or pedestrian footmarks marred the snow. I stopped walking and gazed down the avenue at the vista below me. No sounds. No people. No exhaust. It seemed as if I were the only living being in the city. The quiet and beautiful scene awed me. I never forgot that instant in time.

Few places evoke Christmas like Georgetown dressed up in its holiday finery. My original idea was a 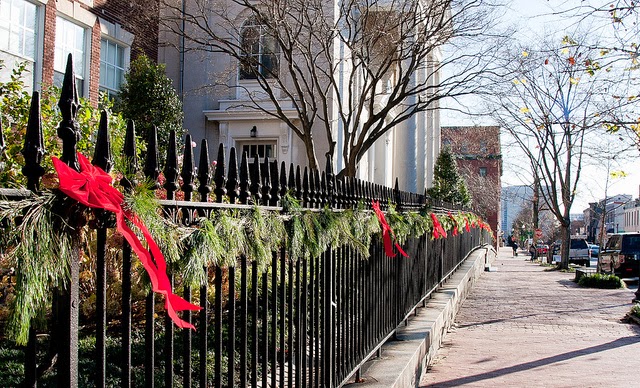 Christmas story set there. I wanted snow—lots of snow—and I got an idea for a mystery involving two roommates who went to my undergraduate school, American University. Because of my memories, the story became historical, set during the 1970s. I’d never written a historical story before and needed to do research. Historical stories must be accurate, don’t they? I became obsessed with research. I had to get everything historically correct.

But, during the 1970s I found, there was no snow on Christmas. Not even close. The snowy day I had found myself alone in Georgetown couldn’t have been in December, but I found a storm in 1979, after I’d graduated, on Presidents’ Day. What could be more Washingtonian than that? Since that storm was the only snow I found occurring on a holiday, I started to research that day and what the headlines focused on during that time. The night of Presidents’ Day during the snowstorm, George Thorogood and the Delaware Destroyers played at an infamous Georgetown Club, The Cellar Door.  I put the events together, created an antagonist, and the rest—was murder. 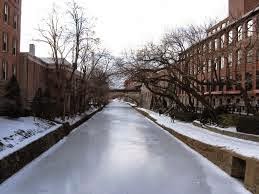 Today is the official launch party for Chesapeake Crimes: Homicidal Holidays, which will be held from noon to 2 p.m. at One More Page Bookstore in Arlington, VA. I'm out of town and am unable to attend, but I hope some of the authors will drop by and tell you about their stories in our "comments" section. If you can't buy the book at your favorite indie store, here's a link for Amazon. It is also available as an electronic publication. I hope you enjoy reading my story, “Compromised Circumstances” along with other wonderful stories in the anthology. Here’s a list of the stories:

How neat to hear how you researched your story! I too have memories of Georgetown, M street, and The Cellar Door. It will be especially fun to read your story. You'll be missed tomorrow.

I love seeing the story behind the story and I enjoyed yours very much. Georgetown is lovely, but it was a different place in the 70s and you evoked that so well.
The events in my story, "Disco Donna," are set in motion by a murder that takes place in the 70s. There must be something in the water!
We'll miss you at the launch, E. B.

How exciting for you, E.B. and Shari, too. I like the way you did the research that made it more believable. I can't wait to buy a copy of the anthology.

Thanks so much Susan and Shari! I hate to miss the launch, but it was unavoidable.

Gloria, I loved the research and knowing that the story was "plausible" from a historic point of view, which is why I blogged about it. I doubt if readers will realize that if you went back to Presidents' Day 1979--you'd find yourself if the setting, weather, and political climate of the times. But for those who want to prove me historically inaccurate, there's not a chance!

Congratulations and thanks for sharing the information.

My caper story "The Shadow Know" is set in northern Vermont, where Missisquoi's town groundhog, Moe, sees his shadow every year, guaranteeing a long winter. Guaranteeing? Why yes. You see, Moe is never wrong. Town grouch Gus is convinced Moe has special powers. Gus is tired of winter, and he's sick of Moe, and he finally realizes that if he's going to see an early spring, he has to get rid of that groundhog. But things never go as smoothly as planned, do they?

My research didn't involve the 70s. But it did involve groundhogs and Vermont. That was fun.

Congratulations to E.B. and Shari for your selection in this this anthology. You have some great company!

I ordered the anthology and it arrived this week (YAY!), so I'm celebrating the launch with reading. I enjoyed reading E.B.'s story through stages in our online critique group, but the final version is even better. These characters need a book! Shari, Disco Donna won my heart. How great to combine small towns, adventurous teens, libraries, and a 70s murder! Art, I've had to read Premonition twice to try to catch how you reflect each twist. Another reading is probably due. Barb, I'm heading to your story next. Great anthology. Great work editing!

I enjoyed learning about the research behind your story, E.B. Congratulations to you and Shari!
All the stories in the anthology sound wonderful. I just ordered my copy of Homicidal Holidays.

What an honor to have some of our members published in this anthology! I will unfortunately miss the launch party, but I will be buying a copy, and begin stalking the authors to get signatures!

Thanks so much. I was honored for my story's inclusion in the anthology. I started a story similar to Barb's about two years ago. I even researched the groundhog lore, but I never finished the story. I'm sure Barb's will be a fun reads. I'm so sorry I had to miss the launch due to commitments made before the date was chosen. Can't wait to get my copies. Thanks, everyone!