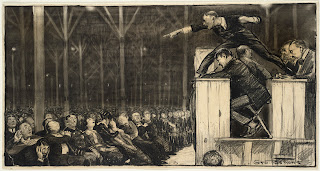 Something I’ve noticed about being a writer is that personal goals are never static.
When you get one publication, you want another one.  When you beg, borrow or
steal to successfully persuade an entry-level publisher to accept your work, you
want a bigger publisher  with greater name recognition for your next work.

My first chance at electronic publication came when I lived in Christchurch, New
Zealand roughly a year after New Zealand’s deadliest earthquake.  My wife taught at
Canterbury University for a semester. I came along and had a great time. I came to
admire the resilience of the people even more than the beauty of the islands.  I had
hoped and, to some extent expected, to find other writers at the university. I thought
there would be coffee shops with internet connection and that I would be able
meet New Zealand writers.  My expectations were not met. Although I had a
remarkable time with the incomparable Lyn McConchie and  attending the Ngaio
Marsh Awards, I wasn’t able to make other connections.

I did have hours of uninterrupted time, which allowed me to make mistake after
mistake in formatting for e-publishing.  I have always been a jump-into-the deep-
end-to-learn-how-to-swim sort of person. I find theory especially helpful after I’ve
muddled through something on my own.

The only free internet connection I could find was at the local Mc Donald’s, a
short bus ride from where I lived.  Libraries, which ordinarily had free internet
service, housed government agencies that aided survivors of the earthquake. While I
visited Christchurch the last group of people made homeless by the quake
moved out of temporary shelter into more permanent homes.  Sewer systems
were in the process of repair and houses were still being evaluated in terms
of which could eventually be rebuilt and which had to be abandoned.

The government focused on re-establishing basic services, transportation and repair
of essential buildings like hospitals. I have to admit reconstructing internet cafes
and the faculty gathering place wouldn’t have been my highest priority either.

Under those circumstances I ordered kiwi burgers (fried egg and beet root on a
hamburger) as I eventually worked my words into Smashwords and Kindle.  I was
working, “without a net.”  The only help I could access easily was the assistance
offered by Smashwords and Kindle. At that time I was proud of what I had done.

But that was then. I have been telling writers early in their careers not to publish
books that are not yet ready for prime time.  My formatting was definitely less than
prime time. I finally decided to take my own advice.  So I contacted Maureen Cutajar
whose formatting skills are much better than mine (whose aren’t?)  She
reformatted them.  I can recommend her services highly at
http://www.gopublished.com/  She was helpful, responsive and her charges were
quite reasonable.

Now, finally, if you download my books, you can read them easily. I don’t have my
mistakes hanging around my neck like an albatross.
Posted by Warren Bull at 12:00 AM

Some mistakes are inevitable. Good writing enables the reader to sink into a story and leave reality behind. So if mistakes in formatting take readers out of the story, then you are wise to get professional help. The best advice for business professional is to find the right professionals for the job and let them do their job.

No one can do it all, which is one of the reasons self-publishing doesn't appeal to me now. My writing takes a lot of time to do well. I'm unsure how some writers, write, serve on boards of several organizations, write blogs and are active on social networks. It boggles me. I'm off to Malice--which means I will not write today--but then few who attend will.

You certainly had an interesting time to be in New Zealand. Congratulations on getting your e-books to look professional. I know whenever I see a poorly formatted or proofread manuscript I begin to wonder if the writer cares – and if not, why should I.

In my old(er?) age I am picky and want a good story and good writing.

EB, you are correct there is an amazing amount of work to do if you self-publish.

New Zealand was wonderful. I'd love to return there. And I agree that a poorly formatting makes me wonder if the author cared.

Warren, what a time to see New Zealand! I think it's at times like those that you see the real spirit of a people.

I admire, usually, the jump-in-at-the-deep-end efforts people make. I think you encountered something that too many self-publishers don't take into account, however. Publishing is a business, a professional endeavor. If you can't make your work look professional, it often won't matter how well you've written--folks will be so put off by the errors that they'll pass on it. You did the right thing in getting someone who knew what she was doing to give your own well-written work that professional presentation. Congrats!

Thanks, Gloria. And what you say is absolutely correct.

I haven't self-published for the very reasons you mention. I don't know much about the technology of it and wouldn't want to do a poor presentation. At least when my books pass through the hands of professional editors, I know the work will make a proper appearance. And I too would love to visit New Zealand!

I'm soon going to be tackling just how much I can do myself and what I need others to help with or do for me. Thx for your perspective.

With a traditional publisher a reader knows that more than one person thought enough of your work to invest their time and efforts in it.

Please consider hiring an experienced editor who you trust and think about whether or not you have the computer skills needed. I do not.