Jackals, Hyenas, and Sharks, Oh My! 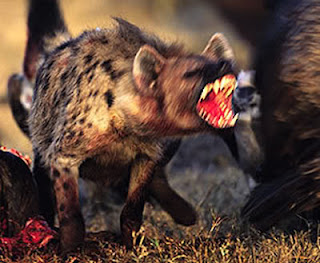 I had another blog post planned for today, but it will wait. I’ve just spent hours advising and consoling a dear friend who’d become entangled in the scams of a vanity publisher. My friend is a remarkable woman who’s battling cancer with great courage while still working hard on her writing, aiming at publishing. Little did she know that the professional arena into which she wanted to move is littered with snake pits full of vipers and the dens of hyena and jackal packs, otherwise known as bad publishers and bad agents, or just plain scammers.

I know a lot of our blog followers are hard-working aspiring writers also. So I thought a blog on how to avoid being cheated out of your life savings and having your heart broken by dishonest, thieving scum might be a good one. If your ambition is to be a published novelist, be aware that the waters you’re swimming in are infested with sharks. That’s step number one—knowing there’s a danger. And it’s not the danger that beginning writers think, that somehow editors might steal their ideas. Ideas are a dime a dozen. It’s what you do with them on the page that matters. What you need to watch out for are the slick, professional-seeming folks who promise you the moon so they can take your hard-earned cash. 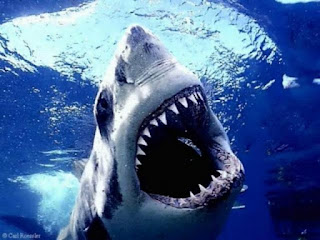 Now, let me define terms to begin with. I am not discussing self-publishing here or companies or freelancers who contract with writers to provide certain well-defined services to support self-publishing, such as ebook formatting, editing, or cover design. These are all legitimate business people offering their expertise for a fee. They’re not slick companies pretending to be traditional publishers and promising appearances on national television programs and New York Times bestsellers, while not telling the people whom they fool into giving them big chunks of money that their books will never be reviewed or in bookstores, that they’ll probably only print 50-100 copies of the books, won’t do anything to market those, and after charging many thousands of dollars will still make the author pay bookstore prices for copies of the books they already paid to publish. They’re the companies with a reputation in the experienced writing community for violating contracts, dishonest advertising and sales pitches, rights grabs, and more. 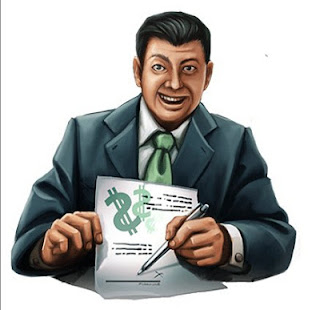 Then there are the “agents” who charge big reading fees (making their money from writers’ fees rather than from selling writers’ work, which is what legitimate agents do) or have an editing service that they push writers to use to make them “representable” (making their money from writers’ editing fees rather than selling writers’ work).  Sometimes the bad agents work with bad publishers with both of them taking a hefty bite out of the hopeful writer. It can be a cruel world out there, and writers need to wise up pretty fast.

One of the best ways to do that wising up, of course, is to join a strong, active professional writers’ organization, such as Sisters in Crime or Mystery Writers of America. For example, if you’re a member of either group, you’ll find that the published members are very good about answering reasonable questions. Another way to wise up is to learn all you can about the business of publishing. Because that’s the business you’re in from the time you start submitting your first manuscript. You need to learn how to behave professionally in that industry and what to expect in return. I wrote a blog post last year about all that HERE.

One of the resources mentioned in that post is Writer Beware, a service provided by SFWA and recommended by all the other national writers’ organizations. The folks at Writer Beware take email queries about agents and publishers and investigate problems with them. They warn writers about verifiable bad actors and con artists and provide lists of the worst publishers and agents. So, in closing, I’ll give you that link HERE and recommend, no, beg, you to check with Writer Beware before you sign any contracts with agents or publishers. Save yourself some heartache and humiliation, not to mention thousands and thousands of dollars. There are plenty of good agents and traditional publishers out there, and if you can’t or don’t want to go that way, you can always self-publish with good professional help for much less than these snakes will cost you. I’d love it if my friend were the last writer to be abused in this way. Let’s make it so.

Writers are so desperate to get published it's easy for predators to take advantage of them. I'm sorry for your friend. Has she joined writers' groups that could provide her with the knowledge to arm herself?

There are so many sharks out there ready to rip-off new writers. Sorry she had to find out the hard way. Beware of flatterers!

Linda, I am so sorry this happened to your friend. Thank you for sharing her story and this information.

EB, I don't think she's joined a national writers' group. I'm going to recommend that. The trouble was that the freelance editor she had hired to get professional feedback so she could make her book really good told her this publisher was the #3 publisher in the country and totally reputable! I imagine there were kickbacks involved there. :-(

Thanks, Shari. Hope it was helpful.

Scammers always prey on either our sense of need or sense of greed. For writers, it is almost always our perceived needs the choose to exploit.

I do invest in my writing career, attending conferences and master classes. However, I will not line someone’s pockets simply to see my words in print. My attitude is that if someone is not willing to pay me (albeit a pittance) to publish my works, then whatever I have written does not deserve to see the light of day.

The best way to limit the damage these people do is shine a bright light on their practices and name names.

Jim, you're so right! That's why I love what Writer Beware does for all the writers out there. Even though it comes out of SFWA, you don't have to be a member of any organization to ask them to check out a publisher, agent, editing service, publicist, etc. And they put their findings about the bad ones out there for everyone to access. A lot of work and hassle (they have been threatened and harassed by some of these bad guys) for the sake of other writers!

Unfortunately the scammers are skilled at developing new cons and changing their business names to entrap new victims. It is necessary to read contracts carefully before you sign them and if it sounds too good to be true, if probably is not true.

Warren, you're so right! As Jim said, they prey on our need or greed, and I think with most writers it's need.

So we're always fighting that voice inside that says, "You're just fooling yourself." When a scammer comes around with what seems like a genuine opportunity sent from above, it's natural for people to jump at it. One thing to note is that legit publishers do not charge you money--they pay you money (maybe a tiny bit but still that's the direction it goes, from them to you).

Linda, a young woman in my local writing group was excited when she got a publisher for her fantasy book. When she mentioned Publish America, bells went off. I checked the website and found lots of complaints. Then I asked the Guppies about it and found out my feelings were valid. They, in fact, changed their name regularly. I contacted the young woman, and she said the complaints were from writers who didn't sell well so they blamed Publish America. She was wrong. Her book had so many errors and was extremely high priced, even for her as an author, and she had to pay to have it published. She told me later she wished she had listened to me.

Fast forward to a library author signing event I recently attended. The woman sitting next to me when on and on about her publisher - I forget the name, but then she admitted her books were a little overpriced. She said it was the same publisher who published J.K. Rowling's Harry Potter books. No way was that true, but she fell for it. A friend of mine had attended another book signing of hers and bought the book. It was so full of errors, that my friend tossed the book before getting half way through it. This woman had at least a half dozen books published through this publisher. The man sitting on the other side of me had a Publish America book, too, but at least he admitted it was not only over priced, but he was ashamed of the errors in it.

You are so right, Linda, how vulnerable writers are to the scammers, and it's need more than greed. After spending so much time and love in writing, one wants to see their books in print. They need to do more research. I know I used get offers all the time in the mail from publishers looking for writers - offers I pitched. They probably got my name because I subscribe to Writers Digest.

Gloria, when scamming companies are willing to lie and cheat, honest writers have a hard time. That's why it's important to belong to organizations like SinC and check with them and with Writer Beware. They'll keep the writer from losing lots of money and self-esteem by steering them away from con operations.

Thank you for the information and links, Linda. I'm sorry this happened to your friend and hope she continues to write despite this horrible experience.

Kara, I think she will. She's a strong woman. But I'd just as soon see it never happen to another writer out there.

Thank you, Linda. This is very good information. I'm not ready to submit my WIP yet, so the timing is right. I've already joined SinC and have learned quite a lot from my local groups, but this information is something I hadn't yet put into perspective.

I am so very sorry about what happened to your friend.