If I had not been a writer 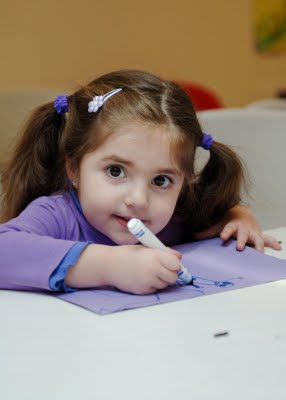 If I had not been a Writer

Sometimes I wonder how my life would have changed if I had contented myself with being a writer of interesting letters, a story teller and a reader of books.

I know I would not have had the chance to learn about my father by, as he puts it, “…writing my autobiography.” After I wrote a memoir about a trip my family took to Europe to re-trace his journey as an infantryman in World War II, he reluctantly asked, “…you probably don’t want to do this but…” if I would help him write about his life to leave a legacy to his descendants. Of course I agreed immediately. I had the opportunity to help my father tell the story of his life the way he wanted. I heard details of his life in the army that he had purposely withheld. The process was delayed by my first bone marrow transplant to fight bone marrow cancer. Shortly after we finished to my father's satisfaction, his mental capacities diminished to the point that he would not have been able to tell his story. As a writer I would like to have done many more revisions, but I recognized that it was not my story to tell.
I would not have appeared at a 65th birthday party for a historian dressed as Abraham Lincoln in period clothing. I would not have appeared as a guest speaker for a fourth grade class again dressed in clothing from the 1850’s. (The first question was, “How old are you?”) Nor would I have shown up at an adult service club breakfast where I discussed the just-completed Lincoln-Douglas debates. I would not have been able to explain that candidates financed their own campaigns. When an audience member asked about raising donations from others, I would not have asked sympathetically if he had been out in the sun without wearing his hat and expressed the concern — “Wouldn’t that make politicians beholding to men with the most money to donate?”

If I had not been a writer I would have found it difficult to express the range of emotions associated with chemotherapy and cancer such as despair, helplessness, fear, and the emotional debate I went through at 3:00 AM on a Wednesday to decide if dying was preferable to living given the misery I was in.

If I had not been a writer, my life would have been less courageous, less interesting and less complete.
What difference has writing made in you life?
Posted by Warren Bull at 12:08 AM

In writing characters and situations, I've come to understand myself more fully. I don't write about myself, but in examining my characters' motivation, creating their situational dilemmas and determining their reactions, I now better understand the mechanics of my own life.

I'm interested in reading a story that stems from your chemotherapy, Warren. I don't believe I've seen such a story--yet. Are you still coming to terms with it, a necessity before writing about it?

I have written a story which includes chemotherapy. It has been accepted but hasn't been published yet.

Warren, being a writer has helped me come to grips with loss and mortality.

I think there would have been a lot of things I'd never have studied, researched, or experienced.

You're right. Writing is a great activity for the curious.

Being a writer is a great way to keep learning and to pass along that knowledge. Too many times at book signings I have heard someone say, "Oh, I never read." I wonder if their brain has shrunk accordingly. Your experiences add richness to your writing. Thanks for giving us a glimpse into your life. We all gain when a writer opens his heart and mind.

Thanks, GBPool. I don't know if someone who never reads shrinks their brain or if it just stops growing when they stop reading.

Warren, what a moving piece. Thank you for sharing this.

As for me, if I hadn't been a writer I would have wasted years wishing I'd been brave enough to take the risk.