The Ending of an Era 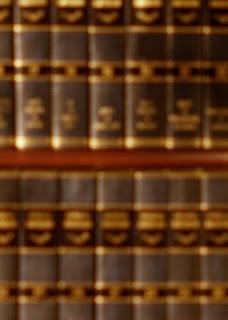 The other day I heard on NPR a eulogy of sorts for the ending of the Encyclopedia Britannica as a print edition. Even though I no longer have a set of encyclopedias on my shelves because I needed the shelf space and because the ones I had were more than thirty years old, I still felt a sense of nostalgia over searching through the volumes for some information and discovering other topics that piqued my interest. Once I spent an hour or more reading about ants while trying to find out if the winged insects I'd found near my house were termites or ants. I became quite fascinated by the social structure of ants. (An aside here, E.O. Wilson's autobiography, NATURALIST is a fascinating read.) I remember my father reading encyclopedias at night before going to bed. He said eventually he planned to read everything from A to Z.

When I was in college,I discovered the Oxford English Dictionaries. I fantazised about being wealthy enough to own all twenty volumes of those dictionaries that traced words to their origins as far back as the Middle Ages or further.

I had several sets of encyclopedias on my classroom shelves. One was the World Book Encyclopedias from a grant I'd applied for, and the others were ones the school library was getting rid of because they were out dated. I quickly claimed them. They worked just fine for the reports I assigned throughout the year on dinosaurs, animals, Ancient Egypt, the Middle Ages or inventors. I helped my students look things up and soon many of them found other topics of interest, too, and became quite fascinated with these books of facts. 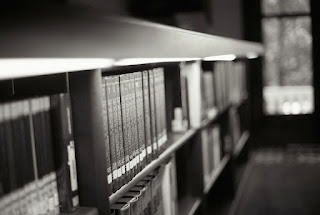 Yes, I miss those encyclopedias on my bottom shelf. I do have a one volume World Encyclopedia there along with my one volume illustrated Oxford Dictionary, but neither one have the scope of a whole set of encyclopedias. Of course, there's Wikipedia, but that's not to be totally trusted.

The thing that piqued my interest the most during the NPR commentary was about a man who named his daughter Encyclopedia Britannica. Years later he died under suspicious circumstances and his daughter was a suspect. Hmmmm. What an interesting idea for a mystery. Could I write a story about someone naming their child Oxford English Dictionary? Yes! I already have some ideas about how that child now grown up would dispatch his/her father or mother. Maybe the child would just be named Oxford English Dickens. After all, how many people would have the last name of Dictionary? I probably should get right on it before the idea slips away.

What are your memories of encyclopedias? Do you still own a set?

Also, I know there are people who saddle their children with ridiculous names. The poor kids must get a lot of teasing as they grow older. If you were to write a mystery, what weird name would you give a character who'd resent it enough to commit murder as an adult?

I'm so glad those volumes have been retired. Everytime I looked at them, all I thought about was the homework I had to do! I'm sure the amount of information on the Internet far surpasses those volumes, but I think it was looking at all of them shelved together that turned my stomach.

Having one unusual name in a novel makes me remember the character better. But more than one, and I lose track of all the characters. If I'm lost trying to figure out who someone is, I'm not focusing on the story.

I love encyclopedias, too! What I really hate about the demise of print volumes is the lost opportunity for browsing and serendipity. That's something you can't replicate in an online environment.


I loved reading encyclopedias as a child and remember with special fondness an animal encyclopedia that I have since passed on to my nephew.


Thanks, Gloria, for bringing up these nice memories!

I remember as a kid we had a set of Funk and Wagnalls Enclyclopedias (cheaper than the others). One of my parents' favorite sayings to any question was, "Look it up!"

I won't miss the print version of encyclopedias at all. They served an important purpose in their time.

At the click of a few keystrokes we can now access an enormous amount of excellent online information. I have found Wickipedia to be very reliable and it has a good system to ensure reliable contributions and fact checking. While errors are introduced there are just as quickly individuals who correct these errors.

If I could, I would name Wickipedia a new World Heritage Site.

Unlike anonymous, my experience with Wikipedia is that, although it is generally accurate, it contains a number of opinions stated as facts, especially in technical areas. It's a good place to start, but it is not definitive like encyclopedias used to be. Students beware.