I’m presently writing with a computer. No big deal. That’s because I’m actually communicating with the real world in a real way (to all you fine folks on the other side of the world). It’s also perfect for writing in a non-first draft manner.

However, when it comes to first drafts, a method of writing akin to barfing words into a document in hopes that they come out in any way understandable, I’ve recently used a typewriter.

Yes, this is very hipster. Yes, it’s not something everyone can afford to do. But also, yes, it’s something I’ll continue to do for future drafts.

I came to the manual typewriter in the last year. One of the unexpected impacts of the pandemic was the increase in my on-screen staring: I would do my day-job work on a screen, I would communicate with friends on a screen, and then I would try to write books on a screen. By the time I reached the book-making screen, I felt completely drained. The stress, annoyance, and fear around the pandemic fueled my anxiety, and the idea of looking at another $%^-ing screen for another $%^-ing minute made my eyeballs threaten to revolt. 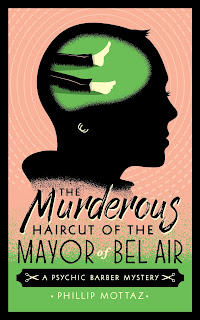 Fortunately, an accidental back-up existed in one of our closets. When my son was eight years old, we went to an estate sale where he used his young-and-adorable charms to low-ball the guy on an old Smith-Corona Galaxy 12 from the 1970’s. He played with it, he got bored with it, then I played with it, intent on performing as many low-end repairs as I could.

Please note: YouTube was a tremendous resource in this regard, but lead to weird corners. Not bad ones, mind you. Many were very helpful. It’s just that any digging for a specific niche of the collecting world, however outdated or out of fashion you might think it to be, can expose you to certain levels of obsession, mania and fetish that one must prepare for. Long story short: You go digging around for typewriter videos, you’ll feel like an old man who likes the sound of typewriters AND you may love it.

After following a few helpful tips, I managed to get every key working OK again and I was ready to try it out. And the amazing thing was that this time, when I typed my daily pages, it felt less like a chore. Oh, sure, it was still work. It was still writing, complete with all the same struggles facing every writer. But by putting the work directly onto the page and removing the computer, my mind relaxed.

I found myself writing more and more. At first, it was mostly as an excuse to use the toy I’d saved (and let’s face it: the toy I’d claimed from my son). But as I started feeling my energy return, I turned to the typewriter as my chief creative outlet.

I developed clear delineation between my day-job office space and my artistic endeavors, something I’d rarely enjoyed before. We have a house on the small side, made smaller by events like working from home+distance learning, so I normally just wrote where I could with what I could. With a computer. Yet in the pandemic, the lines separating the Work Computer from the Fun-Artistic-Book-Writing Computer had become blurred until the Work Computer Status won out.

I bought paper. I bought ink (which you can STILL DO, amazingly enough). I made a DIY typing pad. And I wrote. More importantly, I felt like I was writing. That may sound like a negative point, but to someone who was struggling with the process after years of not struggling, missing that feeling was hurting me. The pages I produced were helping me to feel productive.

Flash forward to November, to NaNoWriMo, to a time I had been dreading. I had an idea for another installment in my series, but for most of the summer, my passion had dipped. Not with the typewriter. I figured out roughly how many full pages would count for my daily word count and went to it. I may have driven some family members a little nuts, but they got used to it and/or just turned the TV up to drown me out. The typewriter revived me.

I’m not alone. During my research phase, I found many more writers praising their typewriters for helping their process. And I get it. I’m with that. I encourage others to do the same for early drafts. It connects you to your work, limits distractions and sounds amazing.

BIO: Phillip Mottaz wrote his first novel when he was only 39. After growing up in Illinois’ smallest city, he studied improv and sketch comedy in Chicago. Since moving to Los Angeles, he has written every kind of script imaginable, and produced multiple podcasts. His debut novel “The Murderous Haircut of the Mayor of Bel Air” is a cozy mystery in his Psychic Barber Mysteries series. He types his early drafts on a Smith-Corona Silent Super. Contact him at phillipmottaz.com if you’d like to chat typewriters, books, typed books, or whatever.

I might be tempted to write my first drafts with pen and ink if it weren't for the issue that even I have difficulty reading my handwriting after the lapse of a day. The ability to avoid the screen for a while is one of the reasons I do much of my editing on printed pages. Best of luck with your latest.

I've read that writing in longhand, on a typewriter, and on a computer all use slightly different parts of the brain. I don't pretend to understand that, but when I'm stuck longhand is an antidote. I wonder at the difference between typewriter and computer since both are keyboards, but there seems to be one. Enjoy the freedom from the screen! In this business, whatever works is the tool du jour!

Every once in a while I go online and look at blue Olivettis . . .

A nice piece, Phillip. I love working with paper and the original cut and paste tools - scissors and tape. Satisfying. Thanks for stopping by Writers Who Kill today.

A delightful tale of finding what instruments speak to your soul! I'm glad you found it.