After years of receiving enough rejections to wallpaper a room, I enrolled in Seton Hill University’s MFA program for Writing Popular Fiction. It wasn’t an easy decision. I already had a master’s degree and I wasn’t interested in another one. What I was interested in, was learning how to write (and sell) my manuscripts. The beauty of Seton Hill’s program was that all of the professors were published authors and my first mentor was not only a published author of crime fiction, he was also a former New York City cop. What could be better than assigning a student who wants to write crime fiction to a policeman? I’m sure that’s what the director believed when the mentor assignments were doled out. It should have been a perfect pairing. However, I still remember my sweaty palms and the way my heart pounded during our first meeting. I leaned forward across the table and whispered, “I write cozy mysteries,” like when the young kid in The Sixth Sense whispered he saw dead people. Why the nerves? Because even though cozy mysteries are classified as crime fiction, it’s often a subgenre that’s looked down upon like an ugly, red-headed stepsister or the science nerd from high school.

Second to Romance, Mystery/Crime is one of the bestselling genres of fiction (BookAds Report). Within the genre, cozy mysteries (cozies) are the bestselling subgenre. Yet, cozies are rarely placed on the same literary pedestal as thrillers or private detective books. Why the subgenre snobbery? The definition of a cozy mystery varies. However, typically cozies feature an amateur sleuth, no graphic violence, sex, or bad words (well, not many). Cozies are often themed, featuring food, crafts, or pets. The cozy mystery section in most bookstores feature cute, light-hearted covers with punny titles like, A Quiche Before Dying (Jill Churchill) or The Cereal Murders (Diane Mott Davidson). Cute titles and covers with cats, dogs, and food might lead some to believe that cozies are light-weights, hardly worthy of being classified in crime fiction with works like, The Maltese Falcon (Dashiell Hammet) or The Client (John Grisham). However, I beg to differ.

It requires a great deal of thought, creativity, and ingenuity to have an amateur with no formal training separate the clues from the red herrings, track down a killer, avoid getting killed, and bake cookies (knit, quilt, garden), all without swearing. Lately, I find it challenging to drive to the grocery store without swearing. I’d like to see Sherlock Holmes, Jack Reacher, or James Bond track down a cold-blooded killer and bake a pie with a flaky crust that melts-in-your-mouth.

Cozy mystery plots are often just as tightly wound as those found in suspense and thrillers with plenty of red herrings (false clues) and plot twists to keep readers guessing whodunit until the big reveal at the end. Despite this, cozies are rarely given the same accolades as their tough-as-nails mystery siblings. But that’s no reason to overlook them. If you’re looking for a puzzle that can be enjoyed by the entire family, pick up a cozy. Not unlike the science nerd from high school that now owns their own high-tech company, cozies are also full of surprises and highly profitable. Plus, you may find a good recipe, and who can’t use that? 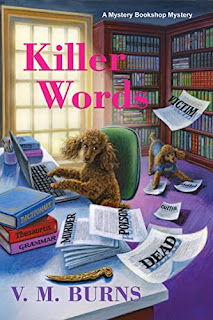 Bookstore owner and mystery writer Samantha Washington comes to the aid of the cop who once arrested her own grandmother . . .

Sam and Nana Jo are back in sleepy North Harbor, Michigan, where Sam is eagerly awaiting the publication of her first book. In search of more immediate excitement, Nana Jo hits the casino with her fellow Shady Acres Retirement Village gal pals—but they get more than they bargained for when they witness Detective Bradley Pitt decking mayoral candidate John Cloverton.

As Sam well knows, mystery novels are full of brilliant detectives, genius sleuths, and hero cops. Detective Bradley Pitt—aka “Stinky Pitt”—is another story. In the past, the dull-witted detective has mistakenly accused members of Sam’s family for crimes they didn’t commit. Now, it’s his turn: when Cloverton turns up dead, he’s arrested. With his predilection for polyester, Pitt has been wanted by the fashion police for years, but Nana Jo knows her former elementary school math student would never commit murder—it doesn’t add up. Somebody’s framed the flatfoot to take a fall, and Sam and Nana Jo must step in to restore the reputation and good name of Detective Pitt. 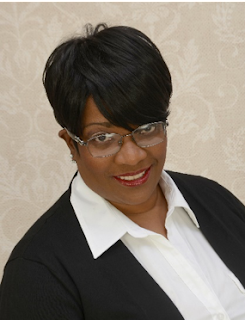 About the author
V.M. (Valerie) Burns was born and raised in the Midwest. She’s a member of Mystery Writers of America, Dog Writers Association of America, Thriller Writers International, and Sisters in Crime. V.M. Burns is the author of the Dog Club Mystery series, the RJ Franklin Mystery series, and the Agatha Award nominated author of Mystery Bookshop Mystery series. She currently resides in North Georgia with her two poodles. Readers can keep up with new releases by following her on social media.

Nice to have you back, regards to the poodles, and a good discussion of cozies.

Definitely a book I'd like to read. Best wishes for enormous sales!

Hear, hear! I like your view of cozy mysteries, V.M. Thanks for putting it so well.