Fictional Re-dos and Second Chances by E. B. Davis

I have a defective brain. It stores tragedy. I wish it would remember the best of times, those of joy and mirth, like a collection of confections that I can pull off the bakery shelf at three in the morning and consume. That is not the case. 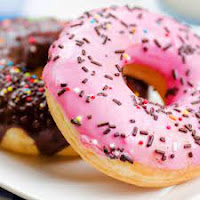 There’s a left hand turn in Northern Virginia on busy Route 7 where a mother, like me, drove her children. One morning she took that turn and pulled into the path of a dump truck killing all of her children but sparing her.

A wife, mother, and business woman traveling on a jet sat by the window. She took off her seat belt. Who knew the window was defective? When it blew out, the air pressure propelled her out the window at thirty-five thousand feet. Everyone else was fine.

A nurse’s home was located near a dangerous road, the site of many crashes. She was at home when she heard a crash and ran down to the site to see if she could help. Her son died in her arms that day.

The wife and mother of a newborn found herself engulfed in flames as she held her baby. They were found by firemen in the same fashion as the couple in ancient Pompeii encircling their child from the explosion of Vesuvius. A private plane landing at the Frederick, MD airport had crashed into her house.

When a court ordered shared child visitation rights to a couple warring in divorce, their sixteen-year-old son drove his sister and himself between the ex’s residences. The young driver was momentarily distracted. Both kids were killed. 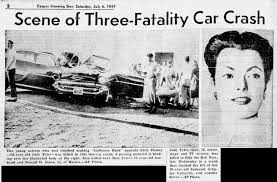 I could go on and on, but there is another story that horrified the Hatteras Island community last year. A house blew up in the middle of the night killing two mothers and two young daughters. It was presumed to be a propane tank explosion—a tragic accident. The investigation results were not presented to the community, but those close to the investigation murmured the mothers might have had a sideline—making meth.

As you can surmise, the tragic stories are usually ones of innocent people caught in circumstances beyond their control or a split-second distraction enabling a worst-case scenario to be played out. Maybe I store these tragedies as examples of, “there but for the Grace of God go I” to force me to remember how lucky I am.

Our holiday stories presented after Thanksgiving to the New Year may be different from the normal mystery mayhem of the Writers Who Kill authors. My holiday short this year will give those Hatteras children a reality re-do. What should have happened but didn’t. Through the miracle of fiction, I get to change reality from tragedy into triumph, and bring peace in a world of chaos to others and also to me. It’s not reality—it’s better. Is my old lady showing?

Do you base your stories on real crime? Do you store awful stories in your brain? While cozy fiction doesn’t present miracles, is it consolation fiction? Is it the bubblegum of hard rock? Is that such a bad thing in the artistic world?

What tragedies, Elaine. Most of my stories, or at least what I call "germ scenes" are based on true events. I like the take the story in a different direction to the event and give it a happier ending - or at least one where justice is served.

Interesting question about the role of cozies in crime fiction. They are definitely softer by definition, but they are generally murder stories and deal with and highlight real issues. I don't think it's consolation fiction, but more comfort stories. In a world where nothing is a given, cozies will have a satisfying ending.

To a certain extent, I counter the horrible news stories with the attitude of my very religious old aunt, who maintained that "When the good Lord calls you, it's time to go," although I consider it in a somewhat more secular fashion.

I like to end most of my stories on an upbeat note, although I know some readers have disagreed with me about that.

I'm an avid reader of the advice columns in the Washington Post, which give me too many ideas about characters and their circumstances.

Justice prevails in my books, but the crime victims still have a long haul to recovery, if they, in fact, can recover from their trauma.

I'm glad to hear that others base their stories on real situations, but like me, want to change the ending into something more positive. I have been criticized for this Pollyanna attitude. But I want my readers to come back. I don't think they will if I leave them a negative ending, which makes them feel bad. I read for entertainment. Reading something that puts me through the emotional wringer isn't entertainment to me. That's like rubber necking a car wreck. For some, that's entertainment. For me, it's not only in bad tasted/insensitive, but ghoulish. I think Stephen King is an amazingly good writer. But I haven't read one in years because being scared out of my mind is not fun.