(The difference between the 60s and 70s and now)

I’m trying to imagine that some of what’s going on is familiar, just to keep from floating off, so adrift from reality that there’s no understanding of these times.

This one is familiar, the Mayan Calendar prediction of the end of the world. This was predicted several times already, maybe 2003 and 2012, according to this article. The new, improved, current End Date is TODAY. If you’re reading this, it hasn’t happened yet, anyway. 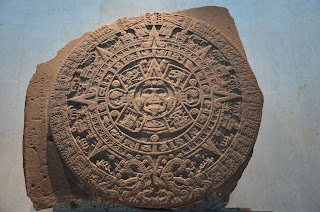 Civil unrest is familiar. First the marches for civil rights. I didn’t go, but knew people who went to Selma. In fact, my roommate’s boyfriend not only marched across the bridge, but did a little sightseeing and brought back a Mason jar of moonshine. We’d never been near moonshine in Chicago Illinois, at Northwestern. We all eagerly had a sip. He even had some chem majors analyze it. I forget what percentage was “unknown,” but it was less than 10%. It wasn’t very good. 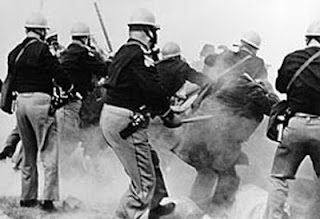 I also remember when Detroit burned. We drove TO Detroit that Long Hot Summer, listening to the radio reports. My girlfriend lived there, and I was newly married. It was a planned trip to visit her parents’ house in the suburbs and swim in their pool. We didn’t really know the enormity and extent of what happened in those days until quite a bit later. I remember that “Come on BabyLight My Fire” by the Doors, which had been released that spring, got a lot of play right around then, including on the car radio all the way there and back.

The next difficulty was Viet Nam. My husband signed up for the Air Force so he wouldn’t be drafted into the Army. He was a very recent college grad, so he was made an officer. While he was in SE Asia, I had a civilian job working for the Army at the Rock Island Arsenal. A bunch of us joined protest marches across the bridge during lunch time. This was done with my husband’s blessing. (His favorite song over there was “We Gotta Get Outta This Place” by The Animals.) We all figured our names were in a file somewhere from that day on. Our little marches weren’t big enough to make this list.

Difficulty obtaining some wanted and needed items had happened before, too. In fact, within the last year, two of my meds have been withdrawn from the shelves for contamination. A few years ago it was Tylenol. 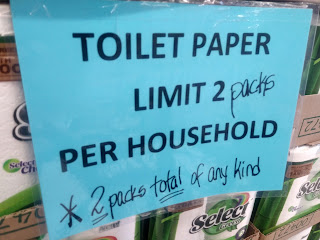 So, all of them have happened before.

But, what has left my dinghy unmoored, and everyone else’s too, is this pandemic. 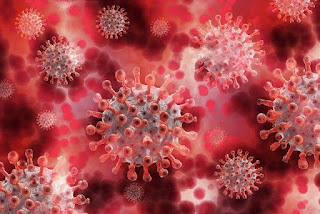 Yes, it’s happened before, but not within the lifetime of anyone I know. And it wasn’t well chronicled—it’s not something we studied in history class. Even if it was brushed on, no one left any notes on how to deal with it.

What are we to do? I’m convinced that no one yet knows the complete nature of this deadly beast. We’re all floundering, doing the best we can. Wearing masks and distancing. Wearing gloves when we have to handle something. What else can we do? 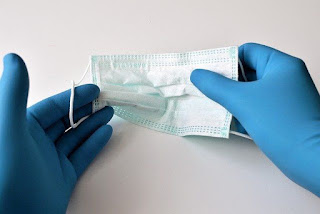 Just wait and see what happens. That’s all we can do. Do a LOT of writing and reading—if we can. It turns out that too much of the world population is very short on patience! 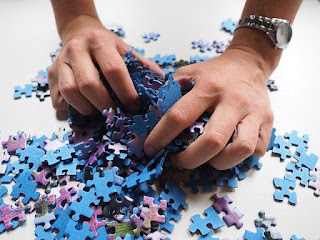 Photos: Mayan Calendar from kconner, TP sign from daffers234, both at morguefile.com. Others from Pixabay.com

Email ThisBlogThis!Share to TwitterShare to FacebookShare to Pinterest
Labels: #pandemic

Yes, we have been through some rough times and continue on. Hopefully, the coronavirus is something we can soon look back on as part of the past.

A couple weeks ago as we watched the news, with our city rioting and police cars burning, my husband asked me what year is this? The 60s? I told him, no. The music was better back then.

Seriously though, I'm struggling to maintain equilibrium like everyone else. I do well for a while and then some little thing sends me plummeting back into a funk. I'm not one who turns to the last page in a book to see how it all works out, but part of me would love to flip ahead a few chapters to see if we survive this portion of our life story.

People hate uncertainty and not knowing. Then, as now, I listen to James Taylor’s music to keep my equilibrium.

My mother went to Selma, and when I went to Washington DC after Kent State, she drove me to the bus pick-up point and handed me a sack of oranges. I was shocked - those were the only two political things my mother ever did besides run the polls in our small town on election day. You are right Annette - our music was WAY better.

I am still trying to wrap my head around COVID-19 while at the same time, I find I'm adjusting to this new normal. I cannot imagine how we would have survived without online shopping. Something that wasn't available in 1918.

I sincerely hope 2020 is done with us now - somehow the events of this year bring to mind the panic of Y2K - how were we supposed to know it would be on sabbatical for 20 years.

I think I read somewhere that the Mayan calendar "stops" the same way our calendars stop every Dec. 31--time for a new one to be developed, not the end of the world.

I used to live in south Chicago, and remember a summer (1970?) of unrest. Race relationships, the Viet Nam war, police brutality, gay rights--all were part of it. Some people established a several-block area similar to today's no-cop zone in Seattle. A few building were occupied by sit-ins. The landscaping suffered--there were trenches dug against anticipated action by the authorities, which never came. Eventually everyone moved on with no violence in that area (are you listening, Seattle?)

Since I was young & dressed "appropriately" for the demonstrators, I had full access to the area. It was fascinating to talk to people who were completely sure that the end of society as we knew it was coming. Either we would be subject to a complete dictatorship type of regime, or the government would be overthrown, probably violently.

Of course I'm at a much different stage in my life now, but I have to say that the feeling in the air is, to me, very similar. And I think it's just going to pass away, like the movement back then, providing some impetus for social progress, although at a snail's pace rather than the rapid change some people desire.

The pandemic complicates matters quite a bit. As a high-risk person, caring for an even-higher risk spouse, I am avoiding crowds of any kind.

We had the best music, especially the Doors.

I've put my series characters into the pandemic and make plot and emotion notes every day. I don't know the ending.

Sorry I didn't get to this yesterday. I see I have good company here! I agree, if we lived through the 60s, we can't help but get the same vibe. And we had the best music anyone will every have. It's comforting to have that to fall back on.

Thanks for chiming in!