Vintage sweets, a deadly surprise, and a mischievous Maine Coon cat—Deadly Sweet Tooth is the delightful cozy mystery you’ve been waiting for!

In a darling tourist town like Fredericksburg, Texas, a vintage sweet shop offering delicious old-fashioned favorites is a perfect fit—until someone decides to debut a recipe that’s lusciously lethal…

With Tally’s Old Tyme Sweets finally—well, almost—turning a profit, Tally Holt is taking one busy Saturday off to host a grand party for her parents, traveling performers who spend most of their time on the road. Tally’s counting on the publicity and free treats to attract new customers. And the event is a sweet success—at least until Fran Abraham, the town’s foul-tempered theater director, drops dead after a bitter confrontation with Tally’s mother.

Murder was definitely not on Tally’s menu, but it’s clear that Fran’s death wasn’t natural. The list of possible culprits includes not just Tally’s mom, but her protective dad too. Relying on Yolanda Bella, her best friend and the proprietor of Bella’s Baskets next door, for help, Tally will need to unwrap the sticky pasts and unsavory presents of everyone from her own parents to her new hires before Fran’s death sours everybody on her fledgling shop….
Amazon .com 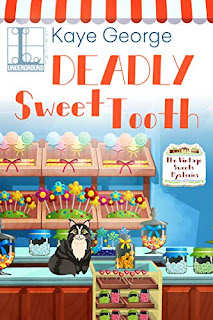 Kaye George’s second book in the Vintage Sweets mystery series, Deadly Sweet Tooth, was released by Lyrical Press on June 2. Main character Tally Holt is a likeable, hardworking business owner and amateur sleuth. Her shop, located in the small tourist town of Fredericksburg, TX, in the heart of the hill country, attracts mystery and mayhem. With her best friend, Yolanda, another business owner, the two help solve the mysteries and at times help each other stay alive.

Deadly Sweet Tooth reveals Tally Holt’s parents, Nancy and Bob, and their history. Entertainers, who travel world-wide, they have not held center stage until this book, and perhaps with good reason. I admire Tally all the more after meeting her parents. Not that they are bad people, but running away from problems seems to be their specialty. Luckily for us, Tally’s specialties are sweet candies and solved mysteries.

I was surprised that in August, Fredericksburg would have such a difference in day and night temperatures, getting as high as 90s and as low as the 60s. Is this typical of the Texas hill country?
Yes, I used temperature charts to be sure and be accurate. It’s rather dry, classified as semi-arid, hence the day and night differences. 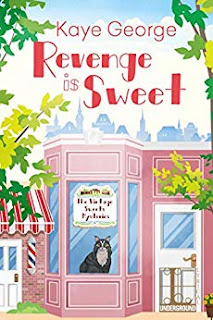 Tally seems almost unprepared for the party she is giving her parents when they arrive in town. How did the party evolve?
Very quickly! Her parents’ schedule is always erratic and they are arriving without much warning. She also rather suddenly needs new employees. Naturally, since it’s for her parents, she’s eager to do a good job presenting her new shop to them for the first time. Her friend Yolanda, who is more organized, usually, is a big help in getting it put together.

Although Tally had a successful business in Austin that she sold, she doesn’t seem to have a system for hiring employees. Why is she having so many problems?
See above! Also, these are the usual problems an employer has when hiring unskilled workers, from my experience. Being in a small town and having a small pool of possibilities doesn’t help! She can’t afford to pay a high salary.

Tally’s mom, Nancy, starts to feel unwell at the party and has to leave. At the hospital, they learn she has dengue fever. What is that, and how do you know about it? Is it contagious?
Great question! I know about it because my son contracted it in Thailand a few years ago. There is no treatment, as stated in the book, except to rest and hydrate until it’s over. You get it from an infected mosquito and it’s a perennial problem in that part of the world. I don’t think it’s contagious, since no one he was with caught it. There is a possibility that it remains in your body and you have relapses, he was lucky and has never had one. A friend of my daughter also has it and does have relapses every six months or so. It causes a fever, headache, and muscle and joint pain. Another name for it is “breakbone” fever. Nasty stuff!

Yolanda reveals to Tally that her sister Vi is gay. Yolanda and Vi decide to introduce their parents to Vi’s girlfriend at Tally’s party, thinking that their reaction will be contained in a public place. Is this fair to them? It almost feels underhanded to spring the unexpected on them there.
The thought, and hope, was that there would be less of a scene in a public place. Yolanda wants, first and foremost, to protect her little sister from their father’s formidable wrath. He’s not violent, just very opinionated and both daughters take his disapproval to heart whenever they’re on the receiving end of it. She’s very afraid her father will disown Violetta. The best laid plans, however…

When another woman at the party, Fran, leaves the party due to illness, she dies later of poisoning. Why didn’t Tally become the most likely suspect? It was her food that was poisoned. Instead her parents are more seriously considered.
This is due to the history of Fran and Nancy, Tally’s mother. Tally barely knows the woman, just what other people have told her about Fran. Also, you’ll see that Tally wasn’t around the food, having so many other details to take care of. The altercation is what everyone reports, so the suspicion naturally falls on Nancy…and Bob, Tally’s father, who the police are told did have access to the treats.

With Yolanda’s parents being so conservative, I was surprised that she got involved with a separated, but still married man. Is this her way of rebelling?
Yolanda has spent her whole adult life rebelling, or trying to. More than anything, she wants the approval of her stern father, and to be able to think of herself as an adult, rather than as the child he sees in her. She doesn’t know Kevin has or had ever had, a wife, when she first starts seeing him.
Tally’s employees help make the candy. I thought candy-making was almost a science. How could inexperienced people take on the most important part of the business? Is it actually easy?
Those famous recipes from Tally’s grandmother are all they need. Don’t worry, there’s one in the back of each book. Actually, I love to make candy and it’s not that hard. 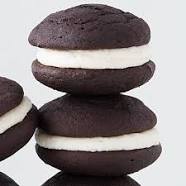 Tally also lets one of her employees alter her website without her permission. I was floored. Why would she allow that even if it was a good thing?
Ah, I’ll let you in on a little secret. Tally trusts everything Lily does. She’s Tally’s golden girl. Why? Because she’s actually my granddaughter, who has begged me for years to be put into one of my novels. I finally thought she was old enough to read these, so in she went. I had great fun adding her! Another secret? She really wants to be the killer, so, someday…

When Tally questions her parents about their involvement with the victim, they reveal a whole lot of secrets I’m sure Tally never wanted to know. But I was surprised that Tally didn’t discuss their reveals with her brother, Cole. Why didn’t she?
She’s the big sis and just as protective of and fond of her little brother as Yolanda is of her little sister. She thinks less of her parents after learning all of their past, and wouldn’t want her brother’s opinion of them to be colored by that, too. There’s a lot about family relationships and entanglements in this book.

What lessons has Cole learned from their parents that Tally didn’t or rejected?
He’s more self-confident, almost to a fault. He’s making a good living with his art, something Tally would never dare to—or even want to—do. Tally isn’t really interested in art as much as being a success at something far removed from art and performing as possible. She never liked being on the stage as a child and would never want to relive those days. Cole didn’t mind it nearly as much.

Why would Tally’s father, Bob, pay blackmail on something he didn’t do? It makes him look 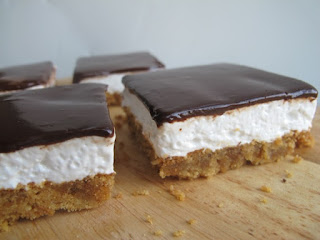 guilty.
He does consider himself guilty, for not having insurance and therefore being able to take care of the man after he promised him he would. He’s not guilty of murder, but feels he could have done a lot better for the man and his family.
Mrs. Gerg’s garage-sale gifts to Tally are at least smaller, alleviating her space problem. What is she collecting for Tally now?
Jewelry! Tally is happy she won’t have to buy or build shelves for the trinkets. Like she had to when her landlady kept bringing her decorative boxes of various sizes, some of them not small.

Although Tally seemed on the verge of developing a personal relationship with Detective Jackson Rogers, he now knows many of the Holt’s secrets. Won’t Tally feel uncomfortable around him knowing he knows?
I doubt it. She knows she is not her parents, she is herself. She trusts Jackson to know that, too.

Is liquid nicotine sold for vaping regulated?
Not much. Minors are not supposed to buy it. That’s the only law in the places I researched. It has the same regulations as tobacco.

What’s next for Tally and Yolanda?
Into the Sweet Hereafter! They run up against an international smuggling ring, and, of course, murder. The book is scheduled to come out March of 2021, but this is extremely subject to change, since the publication date on this one was moved from September to June. 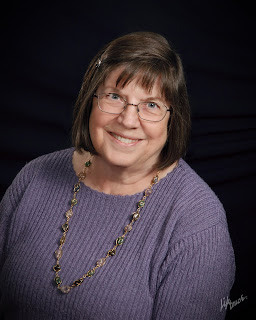