A Quarter of Eight by Walter B. Gibson:  A Review by Warren Bull 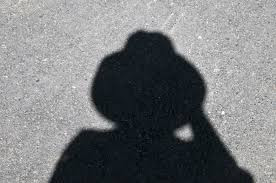 Walter B. Gibson writing under the pen name of Maxwell Grant developed the character of the Shadow and produced more than 300 works about the character. Before he became a writer, Gibson worked as a reporter and as a magician. He churned out additional books, articles, and stories as an amazingly prolific author. He did not own the character of the Shadow. Other writers contributed to the series, which was not uncommon at the time.
I’m certain there must have been fun and memorable writing in the series of popular books. Unfortunately, I didn’t find much of either in A Quarter of Eight. The first two chapters set an interesting premise in two different but promising settings. The plot was unpredictable, partly because characters kept appearing and disappearing late into the book. Mysterious strangers can be interesting, but when they appear by the handful, it is hard to keep up.
One of my personal pet peeves is an abundance of exclamation points. It seemed to me that nearly every chapter and scene change came with one. I think of that as an attempt to portray emotion by punctuation. It works badly once. Used repetitively, it becomes increasingly annoying.  I was impressed, but not in a positive way, by how many times bullets poured in through a window without hitting anyone. There were an excessive number of shooters who missed not just the broad side of a barn but also the ground at their feet. The author often told the reader what was going to happen. She thought that she was finally safe, but she was not!
The misdirection came in boatloads. I finished the book only because I set out to write this review.
I cannot recommend this book.
Posted by Warren Bull at 12:00 AM

As disconcerting a read as it must have been, your review reminded me of the few Perils of Pauline shorts I've seen. They always ended with a visual exclamation mark and were full of walk-ons and non-sequiturs. It may have been a "thing" back in the day, but it didn't hold up well as we say.

I love your honesty.

I wonder what future readers and writers will make of the market's current obsession with domestic thrillers? Only the Shadow knows...