When one of Chief Pete Adams’ first murder convictions is overturned, he and County Detective Wayne Baronick are assigned to reinvestigate the case. As new theories about the murder surface, Pete begins to question not only the original suspect’s guilt, but his own investigative skills from the days when he first took over the Vance Township Police Department.

Did Pete put his personal feelings ahead of his quest for justice and lock up an innocent man? Or is the defendant as devious as Pete first believed?

Meanwhile, Zoe Chambers, Monongahela County’s new chief deputy coroner, struggles with the turmoil of two mysterious deaths—including someone close to her heart—as she tries to master her new job and plan her upcoming wedding.

But her investigation soon links to Pete’s case, making Zoe the target of a killer determined to keep the truth from getting out. Can Zoe see the danger in time, and get to the church for her wedding…alive?
Amazon.com 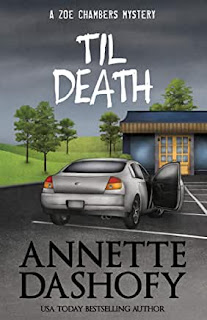 There are many ways to measure a great novel. I intended to get ready for my guests who were arriving later in the week. Instead, I sat glued to Til Death until I finished the last page, the bathrooms uncleaned, the sheets furled in the linen closet, the bake goods existed in my imagination only. Can there be a better measure?

Til Death is Annette Dashofy’s tenth novel in the Zoe Chambers mystery series. It was released yesterday by Henery Press. If this book doesn’t garner Annette another Agatha nomination, I have no idea what will. (Or win one for that matter!) There were seemingly unrelated crimes, some past and some present, woven together with several possible motives and MOs into a perfect switch-hit solution that explained and satisfied this reader.

Did you read the transcripts of other overturned verdicts? Ineffective council is a self-explanatory term, but is it one that could overturn a verdict? Would it take nine years to get the verdict overturned?

I did not read transcripts, but I do have “staff” as you mentioned. I ran the premise past an attorney who gave me a lot of legal information on the topic, most of which would’ve slowed the story had I included it. But yes, ineffective council is basically the same as saying you had an unfair trial. And legal processes like appeals take time. Nothing happens quickly.

The normal attire in the Monongahela County morgue is surgical scrubs, surgical gown, a waterproof apron, layers of latex and Kevlar gloves, and rubber boots. Another of my “staff” is a retired coroner friend who shared what was worn during autopsies in her morgue. The attire varies by jurisdiction, but since Monongahela County is fictional, I figure if it works for my technical advisor, it works for me.

When an autopsy reveals no cause of death in a young, healthy person, will toxicology scans automatically be ordered?

Tox screens would be run regardless of what was found during the autopsy. They just take a while to be processed. That’s why you’ll often hear the phrase, “pending toxicology results.” 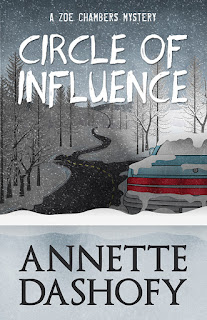 Now that Zoe is Deputy Coroner, her presence in the ER goes from EMS avenging angel to the Grim Reaper. How does Zoe feel about that?

She’s really ambivalent.  Having a larger role in the coroner’s office has been a dream of hers, but now that she’s attained it, she realizes there are pros and cons to the job. She’s always been a caregiver, working to save lives on the ambulance. Now that she’s working to find justice for the dead, she misses the rush of being a first responder. It’s a case of “be careful what you wish for.”

Zoe is surprised when Franklin Marshall asks her to call his ex, Loretta, to let her know about his heart attack in the autopsy room and stabilization. Why didn’t Zoe have a clue about an ex? Why do Zoe and Franklin’s secretary, Paulette, nick name Loretta, “Loretta de Vil?”

Loretta has been out of Franklin’s life for years, and he keeps his personal life private, so he never discussed his past with Zoe. As for Loretta de Vil, I picture her as tall, athletic, and angular. And with dark hair. Zoe and Paulette think all Loretta needs is the white in her hair and she’d look like the character from 101 Dalmations. She’s as nasty as Cruella too!

What are the job hazards of being coroner in a small town? Aren’t they about the same as working for the EMS?

Of course, there’s always the chance of encountering someone you know coming before you in either job. But with EMS, you stand a chance of saving them. Once the coroner is called, it’s too late.

Doesn’t the county or state pick up the cost of classes Zoe has to take to qualify for the job?

Pete has always trusted his gut instinct in cases, but when he finds out that a serial killer, who operated at the time and in nearby locations, is being tracked by the FBI, he wavers in his conviction that he got the right man. The MO isn’t quite right, and then there’s the original condemning evidence, but he changed his mind about the man’s guilt in the original investigation. Why?

Pete originally trusted the guy only to find out he’d been lied to. The betrayal he felt nine years ago has stuck with Pete all this time. Lately, his gut has failed him, so he’s less certain about his convictions. Pete’s having a bit of a crisis of faith in this one.

Dr. Charles Davis, who opposed Franklin in an election and lost, has been hired by the defense as an expert witness. Do they have enough evidence left for him to examine? Why wouldn’t his testimony be ruled hearsay?

This one required TWO of my “staff” to answer. After all this time there really wouldn’t be much in the way of forensic evidence left from the autopsy. What Zoe turns over to him in the book really is all that’s left. As for hearsay, that applies to the defendant having the right to face his accuser, but Dr. Davis would be testifying for the defense, trying to pick apart the prosecution’s evidence, so it doesn’t apply. 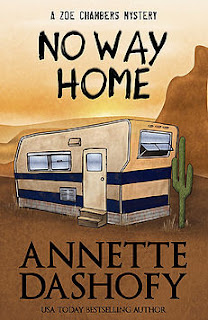 Why would Pete allow Abby and Seth, who are romantically involved, to be on-the-job partners? Why does Zoe volunteer to find out why Abby has requested a shift change?

Up until now, Pete has allowed Abby and Seth to partner up on the job because they’ve worked so well together. Zoe volunteers to talk to Abby because she feels Pete, being a man, would muff it up. And Pete knows he can’t argue the case.

When Zoe asks Paulette to work for her, Paulette isn’t grateful, she asks for a raise. I was surprised she didn’t defer to Zoe more. She questions Zoe’s direction in investigations. Why is she so feisty?

Paulette has been the power behind the throne in the coroner’s office for a very long time. Zoe’s a newbie. Paulette’s tougher than she appears and knows Zoe would be lost without her. Zoe knows it too.

How much cooperation does the FBI give to local police departments? Are there jurisdictional skirmishes?

The conflict between the FBI and local police is played up on TV and in some books but in reality, they work together quite well. September 11th taught law enforcement the need to join forces and be less territorial. Also, the FBI won’t come in and take over a local case. They have to be invited in, which is what happens in Til Death. In our area, there are a lot of joint task forces with the FBI and local police working hand-in-hand. (I took the FBI Citizen’s Academy last year and saw much of this firsthand.)

Franklin told Zoe that there’s a 50 percent chance that when a person dies their eyes will remain open. Is that true? What can you do to make sure it doesn’t happen to you?

The 50 percent tidbit came directly from my retired coroner friend (the same one who gave me the information about autopsy attire and just about everything else that happens in the Monongahela County Coroner’s Office). I’d said something to her about the deceased’s eyes being open, and she told me it happens about half the time with no rhyme or reason. So I doubt there’s anything you can do to prevent it. If you’re dying, I doubt it’s a high priority anyway.

When a relative demands no autopsy be performed, not only does Zoe overrule her, but she also has the autopsy performed by the coroner’s office, not the hospital. How does she do that? Has she become politically adept?

In reality, the coroner would not step in and take possession of the body. A death in the hospital would be the hospital’s domain. However, because of who the victim is in this case, I can see Zoe throwing her weight around the way she did. She’s been watching Franklin and learning the politics of the office from him.

Why does Scott refuse to come to Zoe and Pete’s wedding?

The fact Pete’s trying to put his son behind bars and Zoe’s the key witness in the case probably has something to do with it.

In a case of a death due to a heart attack brought on as a complication of diabetes, why would they still question if the death was natural?

In a murder mystery, they would! In reality, it would depend on the circumstances.

What does the phrase “non-testimonial evidence” mean?

My legal expert sent me a long email explaining the term and I won’t bore you with all the details. To sum it up, Zoe would be simply reading the old coroner’s findings into evidence. She wasn’t around at the time of the crime so she can’t provide “testimonial” evidence, such as “I heard a woman scream.” It has to do with the legal argument to get around that hearsay rule you mentioned earlier.

Why won’t Pete tell Zoe why Franklin questioned the guilt of the convicted man?

He doesn’t want to taint her opinion on the case. Franklin had strong beliefs about the case without necessarily having the forensic evidence to back them up.

Witnesses are notoriously inaccurate. Why are they so sure of themselves?

Good question. Maybe they shouldn’t be.

Your series is not a cozy, and I’ve noticed they are more than one hundred pages longer than cozies. What is the typical length of a traditional mystery? More like your 470 pages?

It goes by word count rather than page count, which varies depending on font and spacing. My contract calls for 75,000 to 85,000 words and mine are always on the upper end of that, maybe a little over. But after my editor helped me tighten the final draft, no one complained if I was still in the 87,000 word range.

What’s next for Zoe and Pete?

I’ve reached the end of my contract and it isn’t being renewed by mutual agreement, so while I’m not saying this is the end of the series, I am giving Zoe and Pete a break. They get to live in peace for a while, because every time I get involved, things go sideways for them! I am planning to put out a book of five Zoe and Pete short stories I’ve written over the years, possibly around the holidays. And I have two other projects in the works, one of which will probably come out early next year. Once I clear my plate of these other obligations, I should have material for an eleventh Zoe mystery. 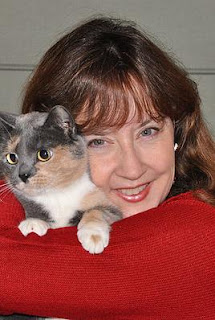