Light it Up by Nick Petrie: A Review by Warren Bull 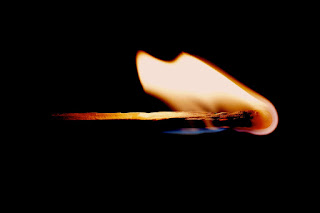 Image by Yaoqi Lai on Unsplash

As I said when I reviewed his first two novels, it is always a pleasure to discover a new talented author and Nick Petrie is truly a find. He sustains his performance in his third novel. The dreaded sophomore slump is still nowhere to be found.

Nick Petrie follows The Drifter, and Burning Bright with another winner Light it Up

Peter Ash, a former Marine lieutenant, was sent on many combat missions. PTSD symptoms appeared just as he was leaving the service. And it is true that they may appear at any time after the trauma that caused them. In this novel, he has made progress in individual therapy and in group therapy with others who have the disorder.

Peter has been working with a group of volunteers reconstructing mountain trails after rain and snow has degraded them. It is hard labor that leaves him tired and satisfied. One member of the crew owns a business that provides protection for legal marijuana growers. It is difficult, almost impossible, to set up regular business accounts because federal legislation does not recognize the legality of the profits.

Large amounts of cash make marijuana businesses tempting targets for thieves. When his friend asks Peter to ride shotgun on a cash run after one shipment disappears, he and Peter both believe this is a short-time favor. Peter wants to help, but he also has plans to visit the love of his life who told him to get his act together before they make long-term plans.

When things go spectacularly wrong, Peter’s amazing survival skills allow him to live through a vicious assault. Much as he wants to see his love, he feels he made a promise and cannot leave the situation as it is. Peter’s kick-ass lover demands to be part of the action. What results is a clear warning to be careful what you wish for.

Part of what I enjoyed was the way Peter wooed his lady by long distance. I used the same strategy with the light of my life.

The plot flows rapidly but stays within the possible. I admire the smooth writing that does not intrude on the suspension of disbelief.

This book did not stay on my to-be-read pile. I recommend the author and the book highly.
Posted by Warren Bull at 12:00 AM

Sounds like a good read, Warren. Your reviews are always wonderful, you read so widely.

Thanks for the recommendation! I look forward to reading it.

Do you have a link?