(Note 1:  While the first part of this post is mostly about my own process, I'm hoping parts of it might be useful for those of you reading it and that it doesn't seem TOO narcissistic.)


When I finished my four-novel series and was trying to figure out what to do next, I was reminded of Ernest Hemingway's famous quote, “Write drunk, edit sober,” and an old – I mean “ex” – girlfriend who told me “You know, your brain is a bit haywired … and I rahther like that” (she was British – well, probably still is, as far as I know; that was way back in 2004).  So I thought I'd give short stories a try.


Since I don't drink (well, one bottle of light wine a year, to be truthful), I thought about that little filter we all have between our brains and our mouths, the thing that allows us to get along with other people, and decided to simply remove it when writing and then slide it back in (not all the way, of course) when I got into editing. With the filter partway in, my usual question there is “Do I dare leave that in?” and my usual answer is “Hmm … yeah, okay, what the heck.”


I bent and sometimes broke a lot of literary conventions in my novels.  For example, I had a couple of arguments between a main character and the narrator in the second one, I wrote the third one entirely in dialogue (which made the gunfights a bit tricky), and the fourth and final one is all in present tense.


But this little essay is mostly about short stories; sorry about that tangent.


For ideas, I'd ask myself two questions at first: “What if?” and “How can I make that weird?” and then just think and observe.  Usually those two questions morph into one.


When I was writing my first novel, I got thinking about 3D printers, which were just getting a bit of notice back in 2012, and I thought, “What if there were 4D printers?”  And that led to a major subplot in my second, third and fourth novels:  time travel.


Recently I saw a little girl at a beach building a sand castle, and I wondered how to make that weird.  I decided the sand castle could be haunted.  (I discarded ideas of demons, dragons or aliens coming out of it or finding a murdered body as she digs.)


Then I had to fill in the rest of the standard “story” questions:  How, Who and What Happens?  then build the story, structure it and edit it.


I chose to make it haunted by the little girl's grandmother, because her ashes were buried there, and the little girl was drawn to that spot to build the sandcastle.  Little kids can allegedly see and hear things that we “adults” have lost the ability to do, and Granny and the little girl start “talking.”  Then the REALLY weird stuff happens.  That story wound up about 1300 words long.


Another idea popped up after I had a chat with a retired insurance salesman.  That story set up an insurance company that ONLY insured against “acts of God.”  250 words.


Another one came from watching a flock (herd, group, bunch?) of dragonflies and wondering why they couldn't spit fire. 830 words.


Then I wrote a story from the point of view of a murder weapon; 1150 words.


Another is an only-semi-authentic police procedural, in Seussian style, but with a twist:  some rhymes are left for the reader to fill in.  That was fun, but tricky.  2170 words.


After I had about twenty of those stories, I put them together in a book and published it, in paper, Kindle and Nook.  It was titled “Perflutzed,” a word I made up for my first novel.  (BSP:  99 cents on Kindle and Nook for a limited time.)


I also found long ago that if I studied how certain comedians came up with some of their jokes, that helped a lot.  Two I really enjoyed and enjoy are Stephen Wright and Milton Jones (the latter is British) and a British TV show, “Mock the Week,” all available on You Tube.  And sometimes something on/in the news can trigger a story idea, but I try to avoid anything particularly timebound or political (although I couldn't resist putting something about threatening viral tweets, some stuff about gender fluidity, and alternative explanations for UFOs in a few stories).


Early on in that writing process, I also had the idea of putting together an anthology of other authors' weird short stories, if I could find some.  I posted invitations on several author Facebook groups and other groups, such as the Short Mystery Fiction Society, and got three author friends to act as judges.  The result was 57 entries, twenty of which got into the 2018 BOULD (Bizarre, Outrageous, Unfettered, Limitless, Daring) Awards Anthology, the first annual edition.  I paid out cash prizes to the top four stories, $50, 30, 20 and 10.  But I made one mistake that year:  I didn't keep veto power.  So a couple of stories got in that I didn't think deserved to be there, and four or five didn't get in that I thought should.


Now we're accepting entries for the 2020 edition, with the submission window closing on October 31st, 2020.  This time, I've also taken on editorial duties, and I'm working with authors to polish stories that are borderline includable.  Same cash prizes.


(Note B:  If anyone reading this would like to submit a story (the weirder, the better, any genre, including mystery and crime), there's an email address for an auto-reply with all of the guidelines and rules at the bottom of the BouldAwards.com home page. (If you do send to that email, please note that you heard about it here, at Writers Who Kill; thanks.)


(Note C: I've had to write this over several sessions, since I can't stay serious for more than three and a half minutes, on average.) 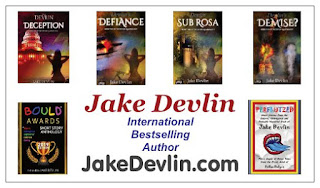 That it is, Warren.

I'll keep the upcoming deadline in mind. Thank you!

It's a great place to submit stories that you just know are not going to be accepted by any mainstream venue.

So true, Warren. And KM, thanks so much for inviting me to submit the post. Margaret, I look forward to seeing anything you want to submit. The weirder, the better.

If you're trying to lose kilograms then you absolutely need to start following this totally brand new personalized keto meal plan.

From their launch in 2019, 1000's of individuals have already transformed their figure and well-being with the benefits a certified keto meal plan can offer.