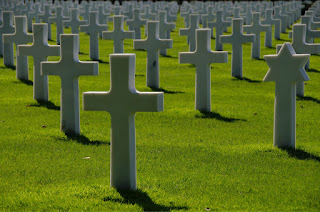 Image  by Moira Dillon on Upsplash

I thought I would share this timely essay written by a very good friend of my sister and an acquaintance of mine. I see no reason to comment on it.

Pandemic lockdown #2: Do it for Della

I have worked at the World Health Organization for 12 years, a fair amount of that time spent helping out in outbreaks, starting with the H1N1 flu pandemic. I also worked with the team dealing with the Middle East Respiratory Syndrome (MERS)–which is also a coronavirus–going on mission several times to Saudi Arabia and to South Korea, and the West Africa Ebola outbreak in 2014, when I accompanied senior officials to see the aftermath in Guinea, Liberia, and Sierra Leone.

I see how hard my colleagues in the emergencies programme work, day and night, with very limited staff, in everything from cholera to Ebola and influenza to whatever pops up. My admiration for them knows no bounds, which is why uninformed criticism of the WHO gets my dander up.

In December, when I was in North Carolina, staying with my family as my 21-year-old niece recovered from a heart transplant, I heard our WHO reports of an unknown virus, originating in China. I thought, this could get interesting–and alarming.
Having sat through endless meetings and briefings and pored over dozens and dozens of technical documents, I have been taking this outbreak seriously from the very beginning.
But I have been completely astonished, and dismayed, by the negative responses among the public to public health advice–the resistance, the nonchalance, the utter refusal to listen to facts, reason, and scientific evidence.
I realize we are living in a post-truth world, where everyone’s opinion is just as valid as anyone else’s, and that somehow I should not be surprised by all of his.
But I had another reason for being saddened and shocked. For me, this pandemic is personal.
It began on Christmas Eve 1918.

My maternal grandmother, then 10 years old, had come down with the flu earlier in the week. Her recently widowed mother had put her into her own bed. The little girl was so ill that her mother remarked, “My little Josephine won’t get up in the morning.”
She did not get up the next morning, nor for several more.
In the meantime, her mother also caught the flu.

After a few days, Josephine was better. She woke up, alone in her mother’s bed.
She raised herself up on one elbow and leaned way over to look down the hall into the parlor. There she saw her mother, lying too still. Ladies from the church were getting her dressed.

Josephine, whom everyone else called by her first name, Della, got out of her mother’s bed and went in search of her grandfather, to find out what was going on.
She found him in a rocking chair in front of the fireplace. He was bent over, holding his head in his hands. The hearth was wet with his tears.

The young woman in the parlor, Della’s mother, was his daughter, and she was being laid out for her burial.

She was the second of his children and the third person in his family to die that week. On Christmas Day, he would make his third trip to the cemetery in as many days.
They were killed by the 1918 flu, which ravaged the world and caused the deaths of somewhere between 20 and 40 million people–more than all those who died in the incredible carnage of the First World War.

The flu orphaned my grandmother and her 7 brothers and sisters.

“We didn’t have no Christmas that year,” she always said to me, as she related this tale to me over and over, throughout the many years of her long life.
Much worse was to come. The children were dispersed separately into foster care. My grandmother was sent to stay with some hateful people, who, I am sorry to say, were relatives of her parents.

They treated her horribly, like a servant, or worse. She was made to milk cows at 4 o’clock in the morning and then forced to drink spoiled milk, as fresh milk was reserved for the “real” family.
She told me how hard it was to pull the cows’ teats. It was freezing cold, and her little fingers were raw and red and she cried while she did it.
She also picked cotton, like everybody else, stuffing the cotton bolls into a huge sack she wore around her neck and dragged behind her.

The African-American girls, she said, could always pick more. She wanted to be able to “pick a bale a day,” just like they did.

A bale is 350 pounds.
One day, once only, as far as I know, she managed to pick a bale of cotton. She was triumphant.

I asked her, what did you do then?

She said to me, “I was so tired, I just laid down at the end of the row. I couldn’t get up.”
As hard as all of that was, it was nothing compared to when the matriarch of the house locked her in her room and took the key, while she set the house afire and left.

My grandmother jumped out the bedroom window
.
Twice.

And lived to tell the tale.

Old Lady S, her relative and foster mother, was obviously mentally ill.
Many years later, my grandmother took her fiance, my grandfather, to meet her.
My grandfather was the kindest and most gentle person I have ever known. At his funeral, my father, who had known him for more than 50 years, said of him, “I never heard him say an unkind word.”

So when Pop met Old Lady S, who was ancient and blind by then, he took her hand and merely said, “I’ve heard so much about you.”

Della endured the horrors of her foster home for about 4 years. When she turned 14, she managed to meet up with her older sister, Bert, aged 16. They agreed to try to escape their situations.

They ran away and lied about their ages and were accepted into nursing school, at the State Hospital Training School in Morganton, North Carolina, sometimes known as the Western North Carolina Insane Asylum. After they graduated, they got jobs there.

On her first day of employment as a qualified nurse, my grandmother went to check on one of her patients. She found him hanging from a bedsheet he had tied to the back of the door.
Her life was always hard, but it got better from then on, especially when she stayed in a boarding house, in Charlotte, North Carolina, run by her aunt. I will tell this happier tale later.

But for now, I have written this to start a little campaign in honor of my grandmother.
Knowing what we know now, do you think Della would have said, oh, this outbreak is some kind of political nonsense, and there is no need to do anything we are advised to do, so let us go about our daily lives and ignore the authorities, because, after all, it’s our right to do so?
The pandemic changed my grandmother’s life forever. She was indelibly marked by that historic event. She warned me; she had lessons to impart; she made sure I understood, as much as I could, the terrible cost a virus had exacted, not only from her and her family, but for life as it then was. Nothing was ever the same after that.
My friends, I assure you that my grandmother, Della Josephine Noggle Davis, would have done anything on earth to save her mother and the rest of her family from the horrors of the 1918 flu, and from all that followed.

Follow the science. Listen to public health authorities. Won’t you do it for Della?

Yes, I will do it for Della. Thanks for posting, Warren. My grandparents never talked about the 1918 flu epidemic. I wonder if they were affected.

Thank you for sharing this Warren... from the bottom of my lungs.

My mother sometimes talked about a scarlet fever epidemic when she was a child. Two of her sisters died, and her mother never quite recovered, although she lived for years afterward.