Digging Through Compost by Keenan Powell 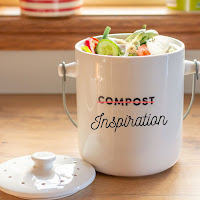 I tinkered with the idea of pursuing a writing career occasionally in high school and college. I had enjoyed assembling sentences but I didn’t have a story of my own to tell, so I figured better to wait until I had. After bouncing around a bit, I landed in law school, where I learned how to tell other people’s stories. Fast forward to 2012: me in Anchorage, Alaska, a 30-year practitioner of law, sitting in yet another conference room with a couple of presenters at the head table squabbling about a case they had. For background, one of them explained that in Alaska, the medical examiner is empowered to declare a death as the result of natural causes without doing an autopsy.

Bang! I slapped the table, startling the knitter beside me. “That’s how he did it!” I declared, followed with “oops, sorry.” I had fallen upon the loophole that permitted a real life serial killer to escape detection during a series of homeless deaths in 2009. Twelve in all. And that was the genesis of my first book, Deadly Solution, which was nominated for an Agatha, Lefty, and Silver Falchion.


Ideas poured into my head faster than I could write them. Deadly Solution was the first in a three book series, the third, Hell and High Water, to be published March 30, 2020. I also published four short stories in anthologies. And I just finished book one of a historical series, yet unsold. 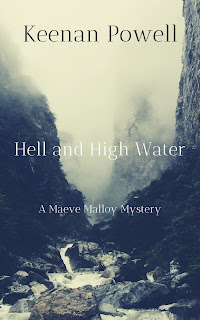 And then the ideas quit coming. I was tired.

That’s okay, I figured. I’m a sextagenarian compost heap of experiences, emotions, and thoughts, all fermenting inside whatever special organ writers have for storing that stuff. There should be a name for it. How about “scribens splen” (Latin for writing spleen)? Or maybe the “lipasma tsanta” (from the Greek for manure bag)?

I decided that for 2020 while I waited around for an idea, I would focus on craft. Besides stacking a pile of newly-acquired craft books on my TBR, I signed up for Masterclass. My first class was Neil Gaiman’s, of whom I only recently became aware because when he first came upon the novel scene, I was raising little kids. If it wasn’t Disney, I didn’t know about it.

One of his lectures is about where ideas come from: a scrap from here combined with a scrap from there. Three scraps seem to be best. Looking back upon the stories I’d written, it was easy to see where they had come from. Deadly Solution was the loophole combined with me as a young criminal defense lawyer bickering with my crusty, world-wise investigator.

And then whoosh! Like magic, ideas started coming to me again. I remembered a writers groups I’d quit. There was a know-it-all who hammered at us with her real-life trivia corrections to our fictional stories, the one writer who didn’t have time to read other’s previously-emailed submissions and needed to leave early so could we please critique her piece first, and the very nice writer who never submitted and forgot to bring her notes but read them from her laptop and promised to email them but never did. I have a virtual plethora of characters who need to die. It is no small wonder that one of the earliest Midsomer Murders was about a writers group. I might write this story someday.


And there you have it. Run out of ideas? Rest. Focus on craft. Take a Masterclass. And the muse will begin whispering in your ear again.

Keenan Powell is the award-nominated author of the Maeve Malloy Mystery series. Her first publication included illustrations in Dungeons and Dragons, 1st edition, while in high school.  Art seemed to be an impractical pursuit – she wasn’t an heiress, didn’t have the disposition to marry well, and hated teaching – so she went to law school instead. The day after graduation, she moved to Alaska. As a young pup, she provided criminal defense representation in a variety of cases spanning from the infamous federal walrus round-up case to murder.


When not writing or practicing law, Keenan can be found oil painting or studying the Irish language.
Posted by Keenan Powell at 12:00 AM

Hi Keenan! Wishing you and yours (including the dogs) well in the days ahead.

The ideas are all around us--sometimes obvious, sometimes just below the surface, and sometimes deeply buried. But they are there, and at some point, they will manifest themselves.

I'm glad you didn't give up the dream.

Thanks, Margaret. While I was at Left Coast Crime, Tiberius the Terrible refused food but he rebounded with a vengeance.

KM Rockwood: absolutely. I'm toying with an idea for a new book which on ostensibly so obvious I don't know why a dozen other people aren't writing it but I hope to infuse with deeper meaning.

Jackie: Thanks. I used to torment a Greek friend with making up faux-Greek inspired English words. I thought it was funny.