(A variation of this post was to appear as part of my recent blog tour for Under the Radar, however the blogger had to drop from the tour, so I’m recycling it here, while I work on my taxes!)

I received an email from an author friend a few weeks ago asking me about my writing process where research is concerned. Specifically, did I do my research before I start writing or as I write? She feared if she didn’t do all her research first, she’d get the story wrong.

My answer to her questions and concerns was simply, “Yes.”

When you have deadlines every eight months as I do, the luxury of researching every aspect of a story first just isn’t there. Plus, I tend to go down the research rabbit hole. The book would never get as far as Chapter One if I wasn’t careful.

As I write this, I’m proofing the galleys of the next Zoe Chambers Mystery with my deadline less than a week away. But already, I’m thinking ahead. The next book I write will be a departure from the known on many levels. Lots of stuff I know I don’t know. I had hoped to use some of my hubby’s vacation days he carried over from last year and must use by the end of the month and go on a little research trip. Good old Coronavirus has nixed that plan. For now.

Once we’re released from this forced isolation, I’ll contact people I know from that area and arrange a meet-up so I can pick their brains. In the meantime, online contact will have to suffice.

The thing is, even when I tour locations, speak with experts, take pages and pages of notes, I’ll still end up not knowing what I don’t know.

The bulk of my research happens as I write. Usually, after I’ve written something the way I think it would happen. But then I start questioning myself. Or my critique group reads it and questions, “Would that really happen that way?” Time to phone a friend.

I have experts in law enforcement, medicine, the coroner’s office, and the legal field who willingly (dare I say gleefully?) respond to my emails with the details of how cops would react, or what would be found during an autopsy, or what the real legal process should be. From their responses, I frequently come up with a better scene than my imagined one. 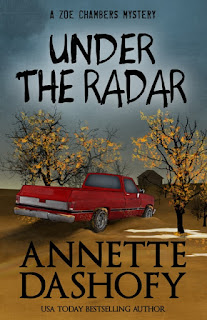 I can’t share spoilers because it’s the big, climactic scene in Under the Radar, but I’d written this scene the way I wanted it to play out. Surprise. Danger. Rescue. I was pleased with the result. But my critique partner was not. He listed the points he didn’t like, which was mostly the entire chapter. I contacted my friend, a retired cop who’s also a writer, and he agreed to read the pages.

Not only did he agree with my critique partner, he told me law enforcement would not have reacted that way. We talked on the phone for quite a while and he gave me some of the best information I’d ever heard! Stuff I’d never read about. Stuff I didn’t know that I didn’t know until I’d written the scene wrong.

Yes, I had to completely rewrite that chapter from beginning to end, but let me tell you, I think (and my critique buddy agrees) that it’s so much better and more powerful—and more REAL—now.

Of course, if you want to decide if that scene is truly suspenseful and thrilling for yourself, you’ll have to read Under the Radar.

I am right there with you, Annette. Right now I have to rework a day or two in my WIP because I didn't have the restaurant owner throw out all the food in the place where the body was found. And that's going to take time - for her, and for me to figure it all out! Meh - I have until April 1 (gulp)...

Edith, don't you just hate when that happens!? Especially when your deadline is so close? Ugh. But I have faith you'll get it worked out.

I research the backstories of the characters and setting before I start, and write the first draft simultaneously researching everything I need to know (writing in the morning, research late in the day).

That's very much like what I do, Margaret. I like to know my characters and settings before I write.

I research before I write, research while I'm writing, and still find myself researching during the editing process when a critique partner or my editor questions what I wrote.

Thanks for sharing your experience!

And you are very welcome.

Annette, like you I have a small stable of law enforcement people who help with each novel. In my most recent mystery, Travels of Quinn, a former DEA agent who became a Georgia state prosecutor, really helped me with a courtroom scene and the language that would be used. After sitting in the Aiken County Courthouse for two different sets of trials, and meeting with the judge and Aiken prosecutor, I had a good idea of what went on, but my buddy helped with some of the language I used that was close to right, but not exactly right. We are blessed that so many people in law enforcement are happy to help us! I also met and took down the name of our county coroner and he said to call whenever I had a question. What would we do without these people?

Your new books looks terrific and no doubt will be very authentic and a darn good read!

Thank goodness for the people who will help us get things straight. I have a brother with a background of being a NYC cop, and a brother-in-law who retired from the police force of a small but exclusive town. Also a friend who's a retired big city public defender. And a "family" attorney in my writing critique group who often handles criminal cases.

I once worked in a state prison, supervising an inmate work group, and for the price of a pizza (no beer if you're still on parole!) I can meet with one of them to get answers to my questions from the other perspective.

So many people are willing to help, or at least steer us in the right direction, whether they are personal acquaintances or cold calls.

Hurrah for those who share their knowledge, and for the writers who care enough to check. <3 KM, I didn't know those on parole couldn't have beer with their pizza -- strict!
Annette, now I'll look back to find which scene you mean, as it all felt quite real. Now I'm going to wonder how it was originally. Perhaps you'll share some hints sometime privately?
I'll be reviewing later today, Goodreads and Bookbub . . . Amazon if they'll let me (some days they tell me I haven't spent enough, greedy sods).

Now I'm dying to read that scene in Under the Radar!

Sasscer, it really takes a team to get it done right, doesn't it?!

KM, what a fascinating resource!

Mary, I have a love/hate (mostly hate) relationship with Amazon and their review policies. The scene I'm talking about is the very last big one with Pete and a person who shall remain unnamed to avoid spoilers. The original version pales in comparison.

Shari, that's kind of the idea of this post! :-P