4BR/3.5BA Contemporary: The Story Behind the Story 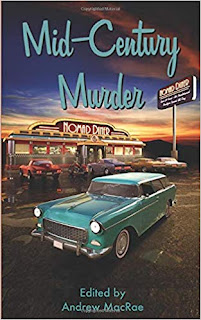 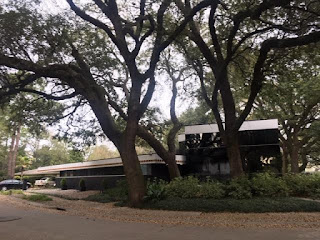 MacRae was enthusiastic about Eichlers and encouraged me to write a story. I had no knowledge of California in the fifties, but could set my story in Cincinnati. Contemporary architecture wasn’t common in the close-in Cincinnati suburbs, but I remembered a whole street of mid-century houses in the suburb of Wyoming, where I had attended high school. I set my story in a friend’s family home, built on a hillside in the woods. Real estate websites provided photos of the architect-designed residence, which looked as fresh and inviting as it did in the seventies. 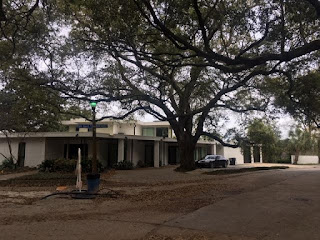 I created Sue, a local young woman denied a college education but determined to make her way in the business world, and her realtor husband Walt Wright—“buy and sell the Wright way.” After making a list of real estate advertising abbreviations and poring over several contemporary interior design books from the library, I had my main character and setting. I researched everything: pop songs, car makes and models, various types of investments, furniture, and art glass. Charley Harper was a noted Cincinnati commercial artist who lived in nearby Finneytown. I incorporated his bird serigraphs into the story. 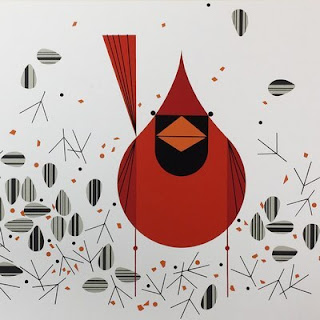 I also wanted to include societal norms of 1958. Sue is her husband’s secretary and writes the firm’s advertising copy. Desperate to improve her business credentials and escape her typewriter and steno pad, Sue passes the realtor’s licensing exam. With a few successful “executive” residential listings and her own car, Sue will be on her way to building her career.


In Sue’s 1958 world, land-lines, typewriters, film developed at the drug store, and hand-delivered newspaper copy were the norm. In 2020, residential real estate advertising is internet-based, featuring 3-D house tours and aerial drone footage. Sue would agree that the basics are still the same: an immaculate and neutral home with curb appeal will sell if the ad copy evokes an emotional response from the potential buyer.


I still recall the ads I wrote that prompted customer phone calls. “A House Built for the Sunshine Kids” was a sun-splashed two-bedroom, one bath cottage, and “Executive Traditional with Cozy Family Spaces” was a brick home with a living room, separate dining room, and playroom over the garage. “Patio Vistas” was a nondescript ranch at the edge of a development overlooking a yet-to-be built field and “Gatehouse Luxury Under the Oaks” was an updated estate outbuilding, essentially one large room with two bedrooms and a bath on one side. “Renters Pay your Mortgage” was the charming red-tiled roof duplex with side-by-side one-bedroom apartments and “Pick Dinner in your Garden” was a non-descript ranch with an extensive vegetable patch.


When house-hunting, I, of course, am oblivious to everything except structural improvements, drainage, traffic noise, and that all important midwestern feature: the southern facing driveway to facilitate melting snow.


Readers and writers, have you succumbed to the lure of a compelling real estate ad?


Another WWK author, Kaye George, has a story, “Life and Death on the Road” in this anthology.

I loved your story, Margaret! It was a blast to the past and authentically written for the time. The house sounded as if it were an Acorn House--modern with a touch of Falling Waters by Frank Lloyd Wright. I'm so glad you found a home for your story.

Thanks, Elaine! Researching the cars and songs of period was fun, plus learning how Charley Harper got his start illustrating the Ford magazine.

Fun to read the background of how this story came to be published in this anthology.

Andrew is a great editor.

Kathleen, once I had the hook and main character, the rest fell into place.

Warren, yes, it was fun to brainstorm the story with him.

Loved your story, Margaret. You know I'm a nut for all things midcentury. Like you, though, when looking for a real life house, those unsexy but practical items sway me - give me the new roof and south facing driveway every time. I can do the rest myself. congratulations, again - it's great to see your work in such a good anthology.

Shari, thanks. Who could forget musty manor with the 30 second microwave?